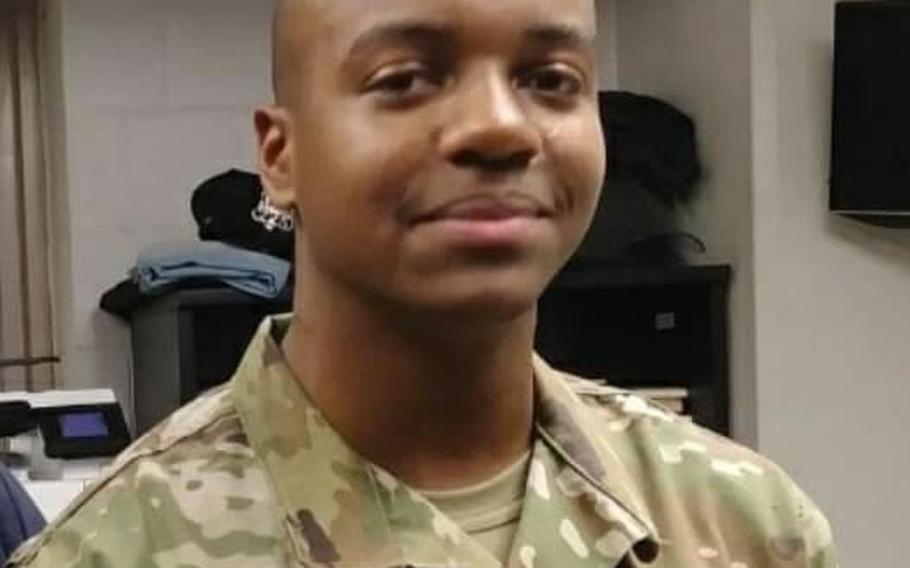 Pfc. Marcus Diondre Deshields, 20, was last seen April 29, according to Sgt. Vickie Warehime, spokeswoman for the Baltimore County Police Department. He was found Thursday with a self-inflicted gunshot wound in a wooded area near a parking lot.

Police were able to narrow the search to this location after Deshields’ mother provided information found on her son’s cellphone, Warehime said.

Deshields enlisted in July 2018 and worked with communication systems as a multichannel transmission systems operator-maintainer, according to his service record. He was assigned to Charlie Company of the 392nd Expeditionary Signal Battalion in Baltimore and was promoted to his current rank in August.

Deshields’ awards include the National Defense Service Medal and the Army Service Ribbon.

In recent years, the Pentagon has found young and enlisted service members to be at greatest risk of suicide, focusing its prevention efforts to better reach those personnel.

During a September news conference to discuss the release of the Defense Department’s 2018 suicide data, Defense Secretary Mark Esper said he wished the department had “an answer to prevent further, future suicides.”

Those numbers had risen slightly from the previous two years, despite the department’s continued prevention efforts.

The Military Crisis Line is available to all service members, including members of the National Guard and Reserve, as well as veterans. It can be reached by phone at 1-800-273-8255 or by text at 838255. More information and resources are available at veteranscrisisline.net.