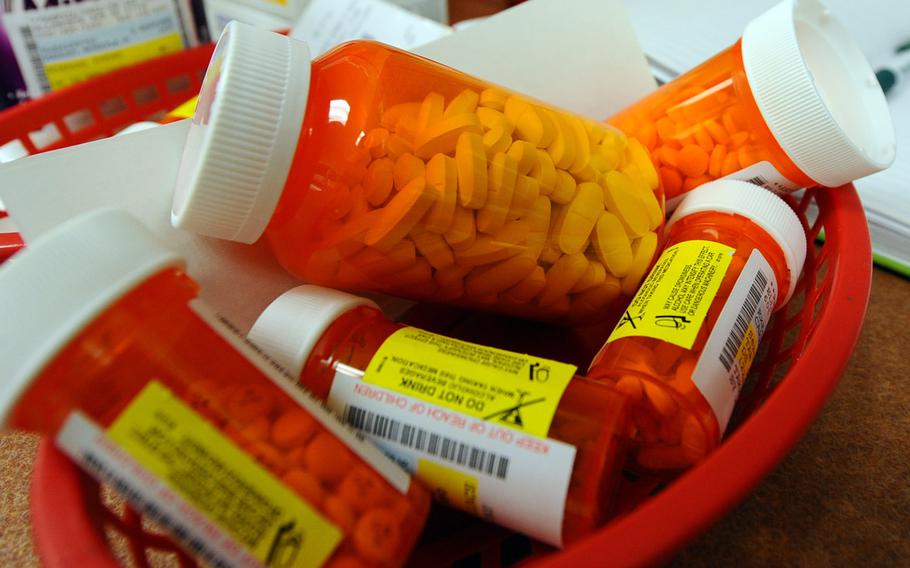 Thirty-one House members, most of whom, public records show, got campaign dollars from compound drug lobbyists, are pressing the Defense Department to soften rules set in May that block Tricare coverage of compound medicines when medical efficacy is unproven or prices extreme.

Defense officials say they don’t intend to relax the rules created to protect Tricare from aggressive marketing and abusive pricing that have polluted the compound drug industry. Indeed, Tricare has had to tweak the new rules five times since May 1 just to close more loopholes that industry seemed ready to exploit, possibly sending Tricare drug costs soaring again.

Compound pharmacies combine more than one ingredient to create drugs not available from commercial manufacturers. Medicines in different strengths or forms can be critical for meeting individual patient needs.

In recent years, however, compounding labs have popped up to produce lotions and ointments for pain or scarring that often are marketed deceptively, wildly overpriced and tout benefits not medically proven. The most nefarious marketers began targeting Tricare two years ago after commercial insurance plans got wise to their tactics and tightened coverage.

Tricare saw compound drug costs jump from $23 million a year in 2010 to almost $550 million -- a month -- by last April. The cost explosion punched a $2 billion hole in the Tricare budget, forcing DoD to seek permission from Congress to reprogram more than $1 billion from other defense accounts just to sustain health care operations through this month.

Examples of abuse are plentiful and stunning. Last fall, Tricare beneficiary Renee Turley of Panama City, Fla., got a prescription from her civilian gynecologist for a compound to fade scarring after the birth of her child by Cesarean delivery. Over the next three months a company called Florida Pharmacy Solutions sent her three different creams, no instructions on how to use them, and billed Tricare $93,878. Alarmed, Turley suspected a billing error until Tricare officials verified the charges.

“No woman getting a C-section should have been allowed to get this scar cream,” Turley said, blaming Tricare in part for being slow to curb the abusive practices. “And to make matters worse I never used the cream, because of the ingredients, since I was breastfeeding.”

When retired Coast Guard Cmdr. James A. Granger of Poquoson, Va., had three toes aching from arthritis, his podiatrist prescribed a compound cream, with automatic refills. A week after receiving “240 grams of this miracle goo,” Granger said, the first refill arrived. Like Turley, Granger faced only a $17 co-pay but he saw Tricare billed more than $3000 per refill.

“I didn't really feel the cream was all that beneficial,” Granger wrote in an email. “And it certainly wasn't worth $6604 for three aching toes...I would love to see this sort of borderline fraud stopped!”

After Tricare imposed tougher screens to mirror those used by commercial insurance plans, its average cost of a compound drug claim fell from $5500 to $325. Total compound drug costs per month fell to $10 million from $547 million in April. The industry, however, is irked.

Rep. Earl L. “Buddy” Carter (R-Ga.), a pharmacy owner and co-chair of the congressional Community Pharmacy Caucus, had 20 Republicans and 10 Democrats join him in signing a Sept. 11 letter to Dr. Jonathan Woodson, assistant secretary of defense for health affairs. It complained that DoD’s response to deceptive marketing by a “select few compounders” has been “too restrictive,” cutting off access to drugs beneficiaries “desperately need.”

Compound medicines, the letter argues, “are often the last option for many patients, and these changes force them to make difficult decisions, which sometimes involve illegal drug use as a last resort.”

In a 15-minute phone interview Tuesday, Carter conceded that his office drafted the letter “with help from some of the industry, yes.”

That’s significant because Dr. George E. Jones, Jr., chief of pharmacy operations for the Defense Health Agency, said most claims made in the letter are false. Since May, for example, Tricare still has paid for more than 120,000 compound drug prescriptions, those deemed medically needed.

No beneficiary is being denied any drug medically required to treat a condition, Jones said. He also hasn’t heard of any beneficiary who, denied compound drug coverage by Tricare, has had to resort to illegal narcotics.

Carter couldn’t name any such patients or cases either. Had he been pushed to make those arguments by an industry that supported his election?

“We have heard no complaints about access to compound pharmaceuticals” since the new rules took effect, said Karen Ruedisueli, a deputy director at NMFA specializing in healthcare advocacy. In fact before May, she said, complaints focused on the size of bills charged Tricare.

One of her NMFA colleagues also got a prescription for scar fade cream and saw Tricare billed $11,000. Now marketers “have been badgering her and sending her unsolicited refills.”

NMFA sees the new limits on compound drugs as “reasonable,” Ruedisueli said. One big worry was families with special needs children. But so far they report no problems getting the compound medicines they need.

“To be honest,” she said, “I had no idea there were legislators trying to roll back this policy because what happened out there was criminal.”

Jones said the government is striving to punish past abusive practices. So far $67 million has been recouped from labs that overcharged Tricare. Multiple investigations continue and more enforcement actions are planned.

Congressman Carter said a few “bad actors” ruined an industry’s reputation and should be prosecuted. Jones said, in his view, more than a few bad actors were involved; an “industry run amok” is more accurate.

“I would certainly like to have a conversation with Dr. Jones and to discuss it further,” Carter said, “and just to express our concern again that veterans who need the medication aren’t going without.”