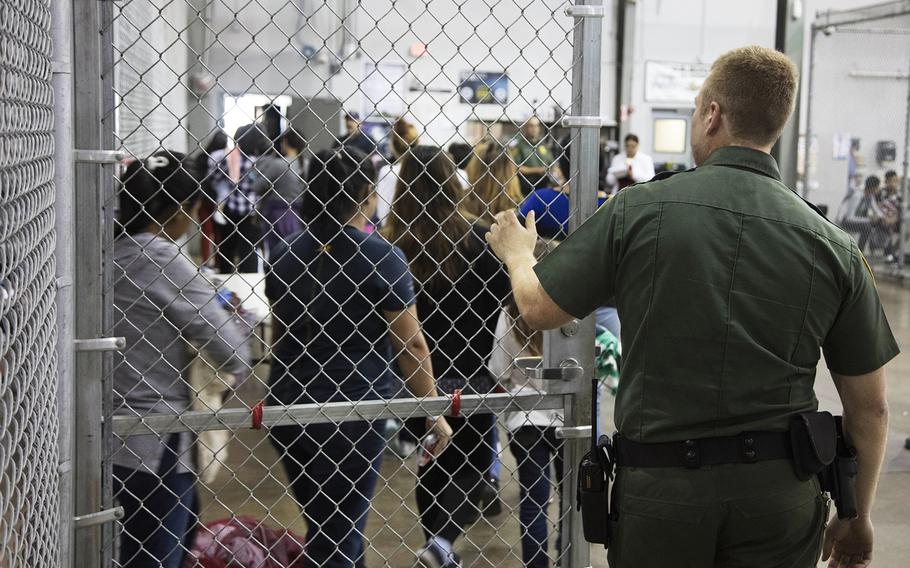 The Defense Department has approved sending 21 attorneys experienced in criminal trials to southern border states to assist the Justice Department with immigrant cases, according to information from both departments.

Both civilian and military attorneys will serve at these requested locations: San Diego and El Centro, Calif.; Yuma, Ariz.; Las Cruces, N.M., and Corpus Christi, Del Rio, El Paso and Laredo, Texas. Some are already on the ground and working in California with the expectation of more to follow, said Kelly Thornton, spokeswoman for the Office of the U.S. Attorney in the Southern District of California. Other districts declined to comment or said the attorneys have not arrived.

As special assistants, the attorneys are expected to assist in prosecuting misdemeanor improper entry and felony illegally entry cases, said Devin O’Malley, a DOJ spokesman. If these cases go to trial, the attorneys could serve as co-counsel with an assistant U.S. attorney.

This request is intended to fill a staffing shortage until the Justice Department can hire 35 new assistant U.S. attorneys to serve along the southwest border that Attorney General Jeff Sessions announced in May.

This isn’t the first time the Pentagon has fulfilled such a request, Davis said. There’s currently one Navy attorney in DOJ's Civil Division who performs duties related to admiralty litigation.

This is one of several ways the Defense Department is assisting in quelling immigration issues along the U.S.-Mexico border. There are now 1,950 National Guard soldiers assisting U.S. Customs and Border Patrol, said Kurt M. Rauschenberg, a National Guard spokesman.

Military installations also are in consideration for housing migrant families as they await immigration or criminal hearings, as stated in an executive order signed Wednesday by President Donald Trump.

The Economy Act allows the Defense Department to seek reimbursement for the costs of contributing attorneys and the use of military installations for housing, according to information from the Pentagon. However, the National Guard has estimated the border mission to cost about $182 million for fiscal year 2018, Davis said.