Military has lower coronavirus rates than the average public, except for the youngest troops 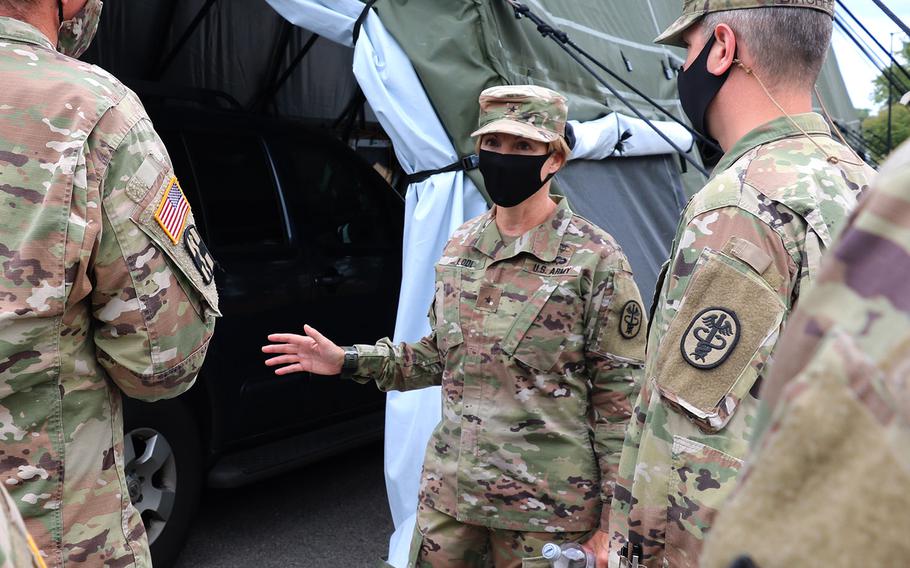 WASHINGTON — The rate of positive coronavirus cases in the military is slightly lower than the American average in all age groups except for troops between the ages of 18 and 24, according to Air Force Brig. Gen. Paul Friedrichs.

“We believe that the slightly increased confirmed case rate in that age group is a result of the success of [Air Force Maj. Gen. Lee] Payne and his testing task force. And the services in allowing us to test at the entry to basic training, at the exit to basic training, and at many other points in an active-duty service member’s career,” Friedrichs said Thursday during a Pentagon briefing about coronavirus response efforts.

He did not provide the actual rates of cases in each age group during the briefing.

Another reason why they might be testing positive at a greater rate is because 18- to 24-year-olds make up the largest age group of service members, Friedrichs said, and they are more likely to be tested across the Defense Department’s tiered testing system.

Friedrichs said he believes that in general the growth in cases is not higher in part because service members are adhering to the health protection measures such as wearing a mask and social distancing.

The military has had 26,408 cases of the coronavirus as of Wednesday, according to the Defense Department. The Army has the most cases of the service branches with 8,878 soldiers contracting the illness.

The military population has had a 5.3% positive rate of the coronavirus during the past several weeks even with the increase in testing, according to Payne, who is the assistant director for combat support at the Defense Health Agency. The rate is lower than the 8.6% positive coronavirus rate of the general population, according to the Centers for Disease Control and Prevention.

Payne did not have the percentage of symptomatic versus asymptomatic cases in testing, though he said most screenings are at clinics for people who want to be tested for symptoms, those who are being screened for the virus prior to elective surgeries, or for contract tracing purposes. About 20,000 or more service members are tested per week for mission readiness reasons.

Payne and Friedrichs said they do not see any clusters or hot spots of the virus in the military now that were unusual. Increases in military cases are in states and communities where there are surging cases in the civilian population, such as Texas and Florida.