Military families in Texas struggle the most with food insecurity, according to report 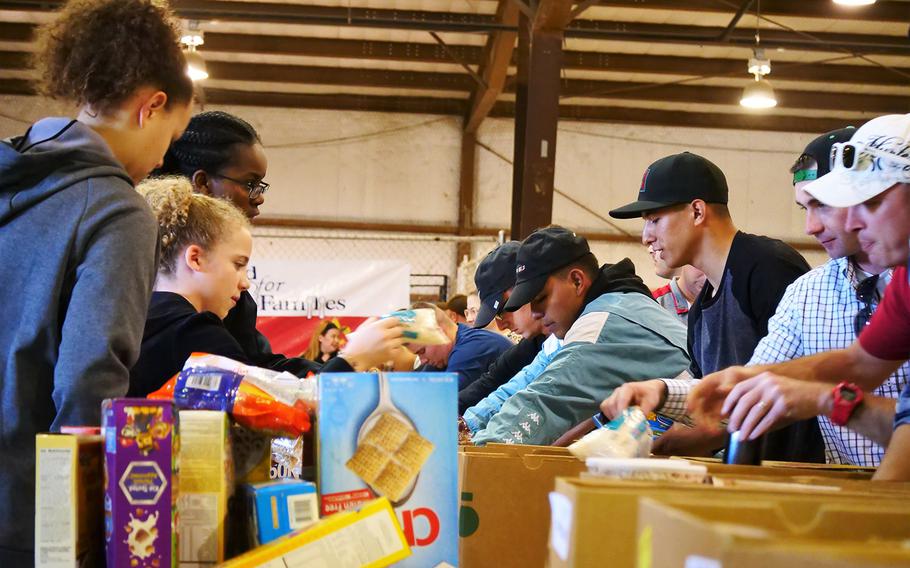 WASHINGTON — Texas military families are struggling with a lack of food at a higher rate compared to military families elsewhere in the country, according to a report released Thursday by the Military Family Advisory Network, which is now partnering with local organizations to find out the causes.

MFAN, a nonprofit organization focused on military family needs and services, conducted a survey in 2019 that asked about military food insecurity and found that one in eight respondents said yes to at least one question, indicating that they were at risk of food insecurity, about the same as in 2017.

Data regarding food insecurity among military families is limited. Many food banks do not ask many questions about the circumstances of those who use their services, out of concern they may not return, experts say.

The researchers saw that Texas respondents were showing higher responses to food insecurity questions in the 2017 and 2019 surveys, so MFAN decided to look further into its 2019 data for the state to see what challenges these families are facing, according to Shannon Razsadin, president and executive director of MFAN, during a virtual event Thursday.

They found that one in six military and veteran respondents in Texas were experiencing low food security or hungry, even before the coronavirus pandemic hit. Shelley Kimball, senior director of research and program evaluation at MFAN, said that she’s nervous how the pandemic is worsening the areas of concern they have been studying related to food insecurity, such as unemployment and loneliness.

Among those Texas respondents who indicated they were experiencing a lack of food, 46.6% were active duty families, 28.4% were veteran families and 14.8% were military retiree families. Most respondents were from the Army, followed by the Air Force, which is matches the large population of those service personnel in the state. More active duty families were also saying they were experiencing hunger than veteran families or retirees.

Most families who said they were struggling with hunger were mainly living near Killeen where Fort Hood is located. The Army post has the highest number of service members and family members in Texas, at just over 81,000 people in 2018, according to the report.

Enlisted active duty service members were most likely to say they were food insecure, with the largest group at the rank E4 to E6, or corporal to staff sergeant. MFAN also found that 80.5% of these active duty families also had children younger than 18.

Military families in Texas were also more likely to go hungry than ask for assistance, according to the report.

“It really gave me pause when I was analyzing the data was the topic of not seeking assistance among those who are on the food insecurity scale,” Kimball said. “I think all of us would agree that we want to pave the way we want to make sure people get what they need.”

The report also looked at the financial challenges these families may have. Texas active duty families were more likely to report that they did not have an emergency savings fund or had less than $500 in emergency money compared to those who lived outside of the state. The top reasons active duty families had difficulties saving money was not enough income, spouse unemployment and the costs of a military move.

Organizations have been advocating to Congress to add the Military Family Basic Needs Allowance to the fiscal year 2021 National Defense Authorization Act. A provision for this is currently in the House version of the bill, but not in the Senate version.

If passed in the final version of the NDAA, the allowance would allow the Defense Finance Accounting Service to automatically notify service members whose basic pay is at or below 130% of the Federal Poverty Guideline. They would also be provided with financial resources to help manage their budget. The Congressional Budget Office estimated that the average assistance to junior enlisted families was about $400 per month.

The MFAN Texas report also looked at experiences military families were having, from access to health care and mental health services to loneliness, as related to food insecurity. Feelings of loneliness can impact a family’s overall well-being, said Jennifer Hurwitz, deputy director of research and program evaluation at MFAN. Family members of active duty service members were the loneliest group in Texas, according to the report.

Following the release of this report, MFAN’s next step starts in January when it will conduct a research study in Texas to see what life events or situations bring military families closer to becoming food insecure, according to Razsadin. They are partnering with the University of Texas at Austin and other local organizations to create “journey maps” to understand how and why food insecurity happens, and when to provide specific services to help. They hope to use this new data to help other communities where military families live.

“I think it's really going to be enlightening to see what we can learn from the military community in Texas, but then also elsewhere because it's going to really allow us to ... come up with solutions for discrete populations in the military and beyond,” Razsadin said.