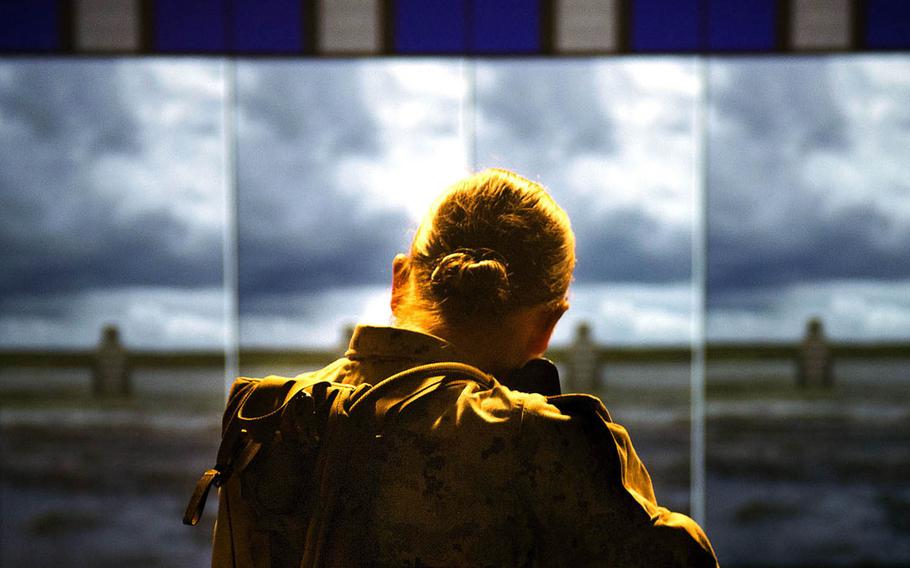 Female Marines and soldiers will soon have access to a redesigned helmet harness that allows them to more comfortably wear their hair in a bun.

The improvement is among many planned for women’s body armor outlined in a Marine Corps Systems Command presentation recently provided to Stars and Stripes.

Women had complained that the “X-Back” design of an apparatus holding chin straps interfered with hair buns, making it difficult for the helmet to fit securely.

Dubbed the “Army Improved Retention System,” the new harness is designed to be used with enhanced combat helmets.

This solution, along with improvements to retention straps to keep them from interfering with peripheral vision and cutting into earlobes, was “widely accepted by [the] female soldier community,” Whitehead said.

“In the past, I have either had to make my bun really low or have short hair to accommodate the [helmet]” said White, who has been in the Marine Corps for 16 years and deployed to Afghanistan in 2011.

“If you’re wearing braids, wigs or anything of that nature, your [helmet] is most likely not going to fit and sit on top of your head like a pop-top,” she said, adding that she’d rather not make drastic changes to hairstyles that fit within Army guidelines.

The new armor plates and carriers will come in three smaller sizes that are about 25 percent lighter, the report said. Plates will also have contoured shoulders to better accommodate a rifle stock and will be 1.5 inches shorter at the waist for better mobility.

“I have to lift up my body armor to bend over, so [shorter plates] sound good to me,” White said.

The new backpack will feature an updated shoulder harness and hip belt designed to fit over body armor. Multiple yoke sizes will allow wearers to modify the width of their shoulder straps to accommodate different body shapes.

The changes are being made in response to a 2016 policy that updated the “Fit Requirement” for equipment that benefits 8,856 Marines of smaller stature and 5,711 larger Marines, the presentation said.

The Marines also began an anthropometric survey this year that includes 3 full-body and head 3-D scans that will represent all Marines of both sexes. Anthropometry is the study of the measurement and proportions of the human body.

Data gathered will influence the design and sizing of future uniforms, equipment and vehicles, the presentation added.