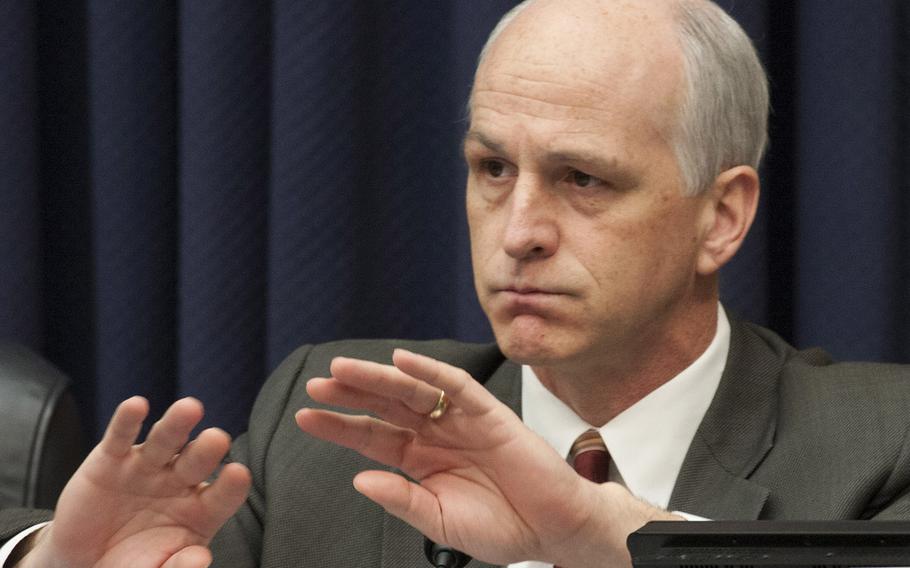 WASHINGTON — House Democrats angered over a decision by President-elect Donald Trump’s transition team to cancel testimony from James Mattis rallied Thursday against a legal exemption that would allow the retired Marine general to become defense secretary.

But members of the House Armed Services Committee could not stop the legal wavier legislation with a 34-28 vote that fell along party lines. The opposition came just after the Senate overwhelming voted Thursday, 81-17, to exempt the popular general, who retired in 2013, from a law requiring any defense secretary to be out of service for at least seven years.

The full House is expected to vote Friday on the legal waiver. The Senate is planning to pass his final confirmation when Trump takes office Jan. 20.

Mattis was scheduled to appear at the Thursday hearing before the House committee to allay Democrats’ concerns about giving a recently retired career officer the top civilian post at the Pentagon for the first time in about 70 years. But Mattis’ appearance was cancelled by Trump officials, causing outrage among members.

“What we are doing here is literally a waste of our time,” Rep. Adam Smith, D-Wash., the top ranking Democrat on the committee, said during the hearing. “The incoming president’s team has determined the House Armed Services Committee is irrelevant.”

The House has no role in confirming cabinet members but has come into play because it must approve the rare legal exemption — along with the Senate — so the defense secretary nomination of the 66-year-old Mattis can move forward.

Rep. Joaquin Castro, D-Texas, said the cancellation was a “bad omen” for the future of cooperation between Trump and the House, and he urged other members to send a message to the incoming administration.

“There should be an early pushback to show him that we are going to play our constitutional role,” said Castro, who voted against the Mattis measure.

It is unlikely opponents will be able to rally enough votes to block approval of the waiver Friday when a House floor vote on the legislation is expected.

Mattis, who is known for his intellect, colorful quotes and willingness to speak truth to power, enjoys wide public support among lawmakers and the rank-and-file military. He had a four-decade career in the Marines leading infantry troops in Iraq and last served as commander of U.S. Central Command, which oversees military operations in the Middle East.

Rep. Mac Thornberry, R-Texas, the chairman of the Armed Services Committee, has avoided the political fray around Trump but said Thursday he shared concerns with Democrats.

“This is a big deal. [Mattis] should have been able to come up here and talk to us,” he said. “It would have gotten our relationship off on a good foot.”

Still, Thornberry said there was no testimony when the House granted the only other legal exception for a general in 1950 to Gen. George Marshall, who served as the Army chief of staff during World War II and was an architect of postwar reconstruction in Europe.