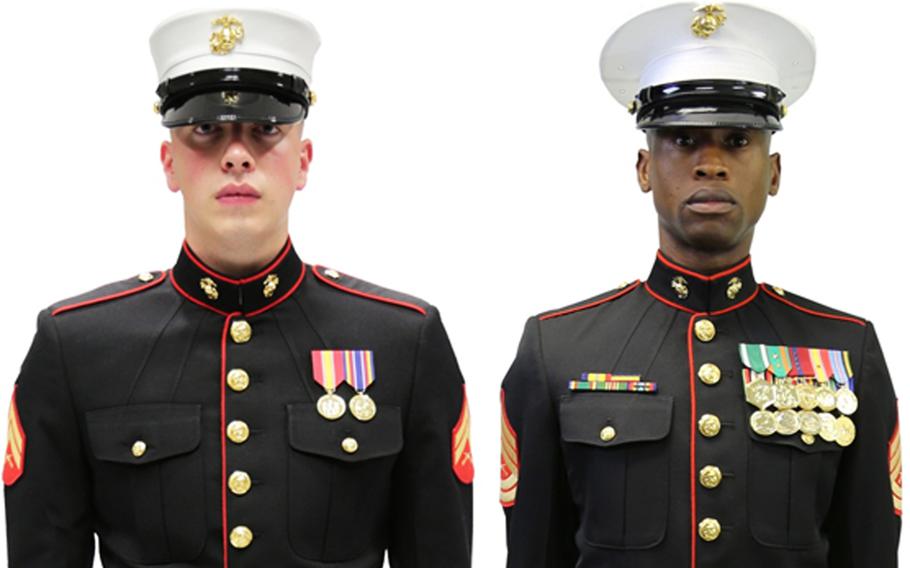 A Marine Corps Uniform Board survey is asking Marines whether all Marines should adopt the Dan Daly cap, left, or if female Marines should wear the current male cover, right, with some modifications. (USMC)

The story is sweeping the Internet: President Barack Obama is trying to emasculate male Marines by making them wear a girly cover with their famed dress uniforms. The only problem? It’s not true.

First, some background: Men and women in the Marine Corps currently wear different types of covers as part of their dress and service uniforms. The manufacturer of the women’s “bucket cover” – which has a distinctly different shape than the men’s cover – is going out of business and will not continue to make the cap, according to the Marine Corps.

THE LATEST: Marine Corps pulls uniform survey after 'loud and clear' oppositionThe Marine Corps also has been asked by the DoD to find a unisex option for a dress and service cover, Marines said.

So, the Marine Corps Uniform Board, which meets quarterly, decided to gather feedback in advance of its meeting next week. Active and Reserve Marines were asked to vote on whether they believe women should adopt the current male cover, with some small modifications, or for all Marines to adopt what they call the Dan Daly cap.

Sgt. Maj. Dan Daly, a two-time Medal of Honor recipient who yelled, “Come on, you sons of bitches, do you want to live forever?” as he led Marines into the fight at Belleau Wood during World War I, wore a cap similar to the option proposed by the survey.

The Marine Corps Uniform Board will use the surveys to formulate a recommendation, though popularity isn’t the only consideration -- as evidenced by the strong negative reaction to the recent decision to keep camouflage utility sleeves rolled down all year.

Commandant Gen. James Amos must approve any uniform board recommendation before it takes effect.

In an email, Marine Corps officials said there is no truth to reports that President Obama is behind the potential change.

“The president in no way, shape or form directed the Marine Corps to change our uniform cover,” according to the Marine Corps statement. “We are looking for a new cover for our female Marines for one overriding reason: The former manufacturer went out of business. … The Marine Corps has zero intention of changing the male cover.”