Marine who fled Camp Lejeune, three others charged with armed robbery at church 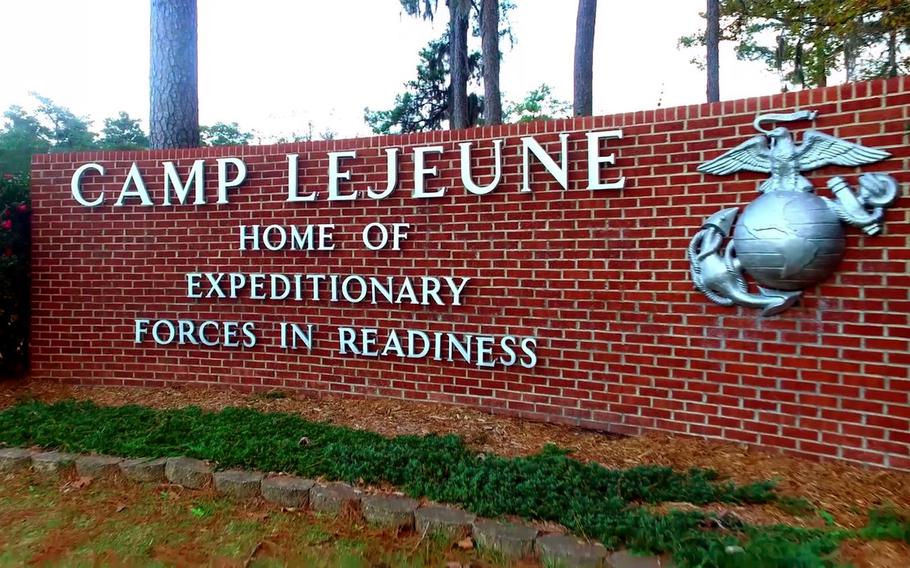 A Marine who went on the lam from Camp Lejeune on Sept. 24, 2020 is one of four service members who have been charged in connection with an armed robbery in a church parking lot in Surf City, N.C. (U.S. Marine Coprs)

A Marine who fled Camp Lejeune was one of four service members who police this week said were part of an armed robbery at a Catholic church in a beach town near the North Carolina base.

The 2nd Marine Division reported Miller “at large” in a statement published Friday evening, about 24 hours after he was seen in Jacksonville, N.C., nearby the base.

He was taken into custody a couple of hours later in Richlands, about 20 miles northwest of Camp Lejeune, and was booked into the county jail on an armed robbery charge, the division said Friday.

Miller, 21, was initially thought to be a victim of the armed robbery on Aug. 10, in which cash and a cell phone were taken from three people in the parking lot at All Saints Catholic Church in Surf City, about 15 miles from the base, the town’s police chief said in an emailed statement Monday.

But investigators later found that Miller had conspired with the three other suspects — Jamario Devonte Rainey, 22, Quindariuos Robertson, 20, and Jerry Qualls, 22, all of Jacksonville — police chief Ron Shanahan said in the statement. All four were on active duty at the time, he said.

Robertson, a private first class, and Rainey, a lance corporal, were also serving with the 2nd Marine Division, spokesman 1st Lt. Dan Linfante told Stars and Stripes via email. Qualls was not a part of the division, he said. Jacksonville police arrested Qualls on Thursday, Shanahan said. Rainey and Robertson had already been taken into custody.

Miller had been ordered to pretrial confinement before he fled Thursday, the 2nd Marine Division said in a statement. He had active warrants in the state, it said.

The Naval Criminal Investigative Service, the Richlands Police Department and Onslow County Sheriff’s Office worked together to apprehend him, the division said.