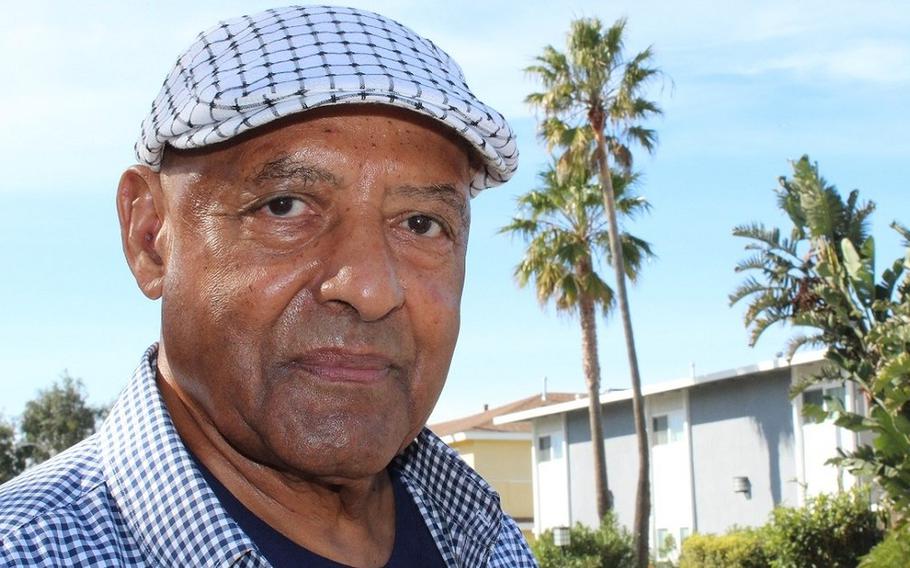 Retired Sgt. Maj. John Canley, who is credited with saving the lives of countless members of his company during one of the bloodiest battles of the Vietnam War, will receive the Medal of Honor. (Courtesy of the Office of Rep. Julia Brownley)

A Marine credited with saving the lives of countless members of his company during one of the bloodiest battles of the Vietnam War will receive the Medal of Honor, thanks to the efforts of a congresswoman and a group of Marines who witnessed his heroics.

Retired Sgt. Maj. John Canley, who lives in the coastal community of Oxnard, Calif., learned he will receive the nation’s highest military honor via a phone call from President Donald Trump early this month. An official announcement from the White House is expected once a date for the presentation is confirmed.

Canley initially received the Navy Cross, as well as two Bronze Stars and a Purple Heart, for his actions overseas.

According to his Navy Cross citation, Canley — then a gunnery sergeant with 1st Battalion, 1st Marines — displayed extraordinary leadership and selflessness during the Battle of Hue in early 1968.

After his company’s commander was seriously wounded, Canley sprang into action and immediately took control of his fellow Marines. Over the course of the weeklong siege, Canley successfully neutralized enemy combatants and brought injured Marines to safety, despite sustaining several shrapnel injuries.

“Gunnery Sergeant Canley lent words of encouragement to his men,” the citation reads. “And [he] exhorted them to greater efforts as they drove the enemy from its fortified emplacement.”

John Ligato, one of the Marines who fought alongside Canley in Vietnam, called him “totally fearless.”

“You followed him because he was a true leader — something you need in life-and-death situations.”

Canley’s road to the Medal of Honor was a long one, requiring the intervention of several dedicated Marines and Rep. Julia Brownley, D-Calif.

Ligato and his fellow 1st Battalion Marines spent nearly 15 years pushing for Canley to be recognized with the honor, only to see the effort met with more than 10 rejections.

“There were times I gave up,” Ligato told military.com. “But the irony is he's one of the most deserved Medal of Honor recipients ever in the history of our country.”

In 2014, one of the Marines reached out to Brownley, who represents Canley’s district, and it was with her help that the Department of Defense offered to review the recommendation to upgrade Canley’s Navy Cross.

“Sergeant Major Canley truly exemplifies the kind of courage and bravery for which this honor is awarded,” Brownley said in a written statement. “He is a true American hero and a shining example of the kind of gallantry and humility that makes our Armed Forces the best military in the world.”

In late 2017, Defense Secretary Jim Mattis reported back to Brownley with the findings of the official review of Canley’s file. Despite Mattis’ recognition of Canley’s achievements, he noted that the Medal of Honor must be awarded “within five years after the date of the act or service justifying the award.”

Undeterred, Brownley authored H.R. 4641, which permitted the president to bestow the prestigious award to Canley. Trump signed the resolution into law earlier this year.

Canley was humble when asked about the significance of the newly-announced honor, and immediately gave credit to the Marines he served with during that deadly week in Vietnam.

“It’s more about them than me,” he told the Ventura County Star newspaper. “This is about the young Marines that sacrificed so much. I just happened to be their leader.”