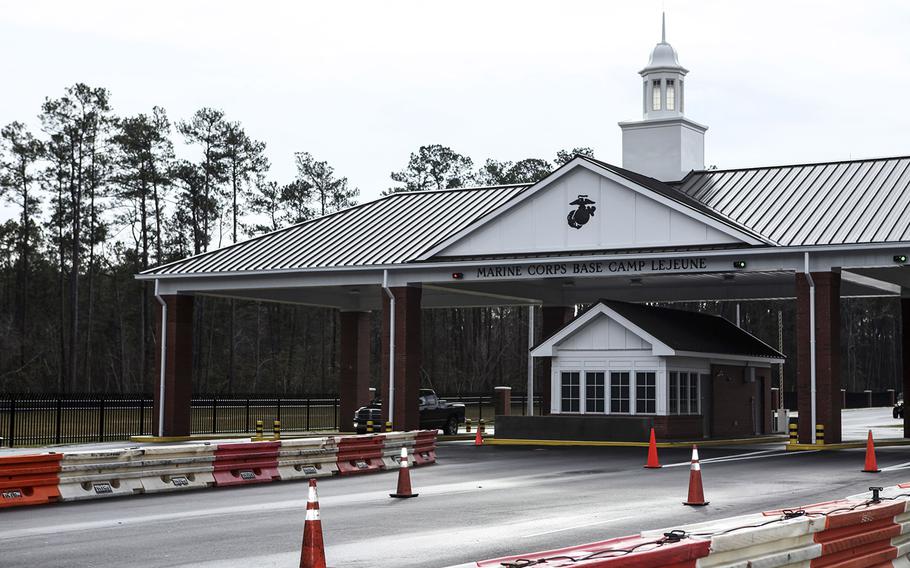 WASHINGTON — The man shot and killed Saturday morning at a home on Marine Corps Base Camp Lejeune, N.C., was the spouse of a Marine, base officials said Monday.

Military police at Camp Lejeune responded to a 911 call at about 4 a.m. at a home on the base and found the man dead from an apparent gunshot wound, according to a base statement.

Base officials did not identify the deceased spouse at the request of their next of kin.

Officers also found another man at the home who was seriously injured from multiple stab wounds. The base only identified the man on Monday as an active-duty Marine based at Camp Lejeune. He was in stable condition Monday at Naval Medical Center Camp Lejeune.

Naval Criminal Investigative Service is investigating and “believes those involved in this incident pose no continuing threat to the base community,” according to the statement.