Marine major charged with assaulting officers during Jan. 6 siege of US Capitol 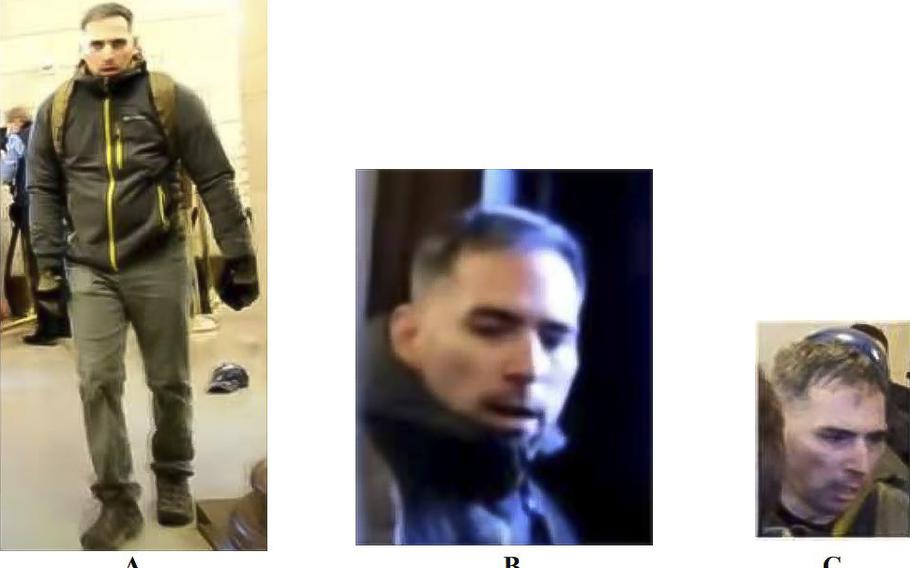 An active-duty Marine Corps major was arrested Thursday in Virginia on charges including assaulting a police officer and obstructing justice for his role in the Jan. 6 siege of the U.S. Capitol by a mob of former President Donald Trump’s supporters, according to the Department of Justice.

Federal charging documents state Maj. Christopher Warnagiris, 40, of Woodbridge, Va., pushed his way through a line of police officers to enter the Capitol building during the violent attack that occurred as lawmakers gathered to officially certify President Joe Biden’s election victory. The documents state Warnagiris was captured on security footage pushing into the East Rotunda doors and pulling others into the building from behind him.

“When a U.S. Capitol Police officer tried to pull the doors shut, Warnagiris refused and continued pushing it open,” according to the documents. “Warnagiris can be seen pushing the officer in an effort to maintain his position in the open door.”

Photos show Warnagiris apparently using his body to block officers attempting to stop the crowd behind the Marine from entering the building. One of the officers, in an interview later, said Warnagiris pushed him in an attempt to keep the doors open, the documents state.

Warnagiris was identified by multiple individuals who have worked with him via security footage and other imagery taken inside the Capitol during the siege, according to the federal charging documents. He was first identified by a former coworker who saw photos of unidentified suspects in the siege on the FBI’s website and reported March 16 that Warnagiris was likely the man seen in the photographs.

Warnagiris is a field artillery officer stationed at Marine Corps Base Quantico, Va., where he is assigned to the service’s Training and Education Command, according to service records provided by the Marine Corps. Warnagiris commissioned into the Marines in 2002 and has served multiple combat deployments to Iraq and Afghanistan, his records show.

Maj. J. A. Hernandez, a Marine spokesman at the Pentagon, wrote in an email that the Corps does not tolerate extremism within its ranks. Marine officials this week told lawmakers that they had expelled at least 16 Marines in recent years from the Corps for extremist actions.

“The Marine Corps is clear on this: There is no place for racial hatred or extremism in the Marine Corps,” he wrote. “Our strength is derived from the individual excellence of every Marine regardless of background. Bigotry and racial extremism run contrary to our core values.”

Warnagiris’ arrest comes as the Pentagon wrestles with how to keep individuals with extremist views or ties out of their ranks. The services recently completed a military-wide stand-down ordered in January by Austin to discuss extremism.

Austin in April tasked a panel with exploring new ways to address the issue, charging the panel with a number of tasks that include setting a definition for what actions constitute extremism.

Warnagiris is at least the fifth service member charged in connection with the Jan. 6 siege of the Capitol. He is the first known active-duty service member charged with participating in the riot. Two Army reservists, a member of the Virginia Army National Guard, and a member of the Wisconsin Army National Guard were previously charged, according to the Justice Department. Dozens of military veterans also have been charged in the riot.