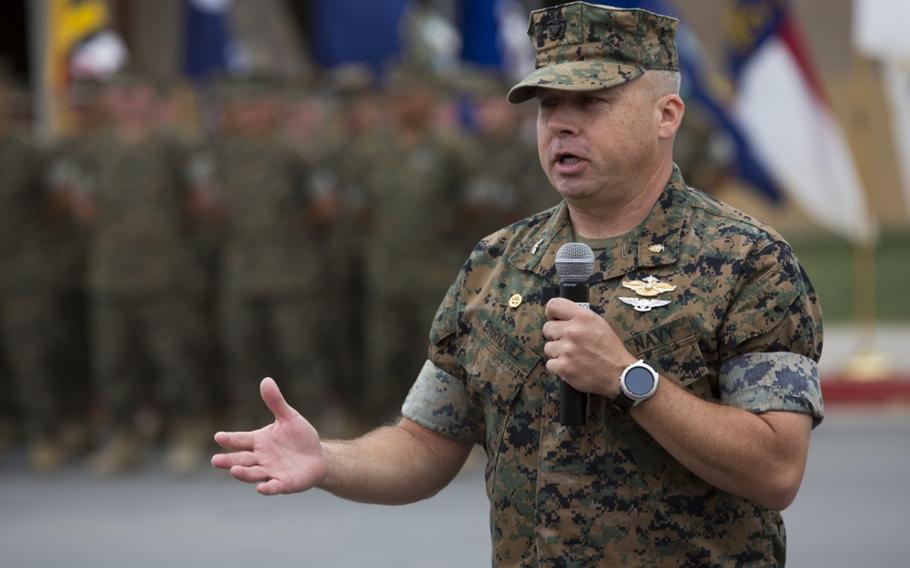 The commander of a Marine Corps medical training battalion at Camp Pendleton, Calif., was relieved Monday for “loss of trust and confidence,” the Navy said.

No further details were released about the circumstances that led to the loss of trust. The medical training battalion develops and coordinates policies and programs to ensure competency of hospital corpsmen. It is a Marine Corps command but led by a senior Navy medical officer.

Cmdr. Boyce Gire, the former executive officer of Field Medical Training Battalion-West, will take over until a permanent replacement is found, the Navy said.

Enriquez, who assumed command of the training battalion in June 2018, will be temporarily reassigned to Naval Medical Center San Diego, the Navy said.

Enriquez enlisted in the Navy in 1989 and became a hospital corpsman, according to his official biography.

He received a bachelor’s degree in health care management from Southern Illinois University in 1997 and two years later received a master’s degree in education instruction.

He was commissioned in the Medical Service Corps as a lieutenant junior grade in June 1999 and assigned to Field Medical Service School at Camp Pendleton as the administrative/personnel officer.

He was deployed in 2004 in support of Operation Enduring Freedom as the deputy surgeon for the Combined Joint Task Force — Horn of Africa.