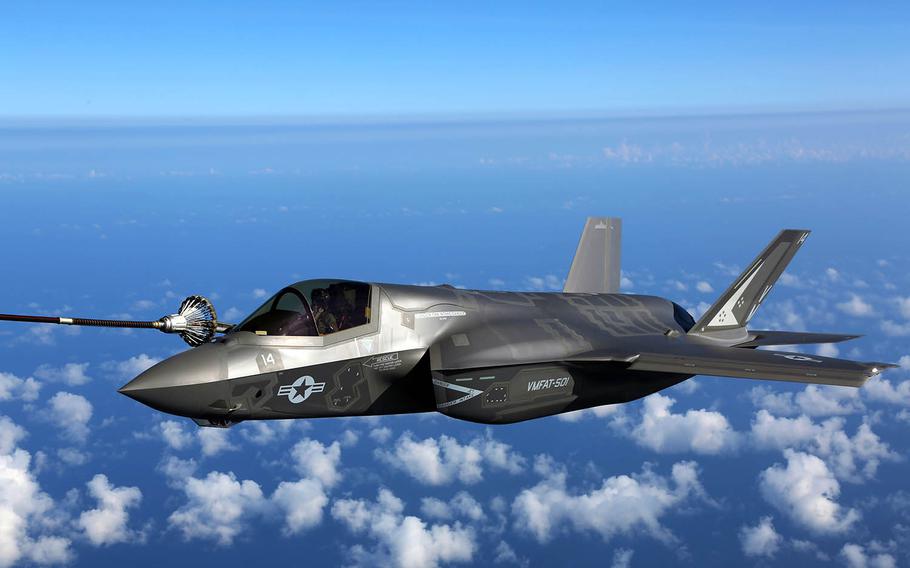 The F-35B made contact with a KC-130J Super Hercules during an air-to-air refueling operation, resulting in the fighter jet crashing at about 4 p.m., the air station announced in a news release.

The pilot of the F-35B safely ejected from the aircraft, which went down in Imperial County, according to the release.

The Desert Sun newspaper said it crashed in Salton City near a state park, igniting fires upon impact. They were put out by local firefighters, the report said.

The aerial refueler landed safely in the vicinity of an airport in Thermal, Calif., and all crew members have been reported safe, according to the air station.

The Desert Sun report said it landed in a carrot field with eight people onboard and was leaking fuel.

The accident’s cause is under investigation. The incident comes nearly two years after a similar but fatal incident involving Marine aviators off the coast of Japan.

Five crew members of a KC-130J tanker and the pilot of an F/A-18 Hornet died during the nighttime training mission on Dec. 6, 2018. The Hornet collided with the Super Hercules during a refueling operation.

The Hornet’s weapons officer was the sole survivor. Both aircraft were based at Marine Corps Air Station Iwakuni.