Love, Pluto: Images of the dwarf planet through the years 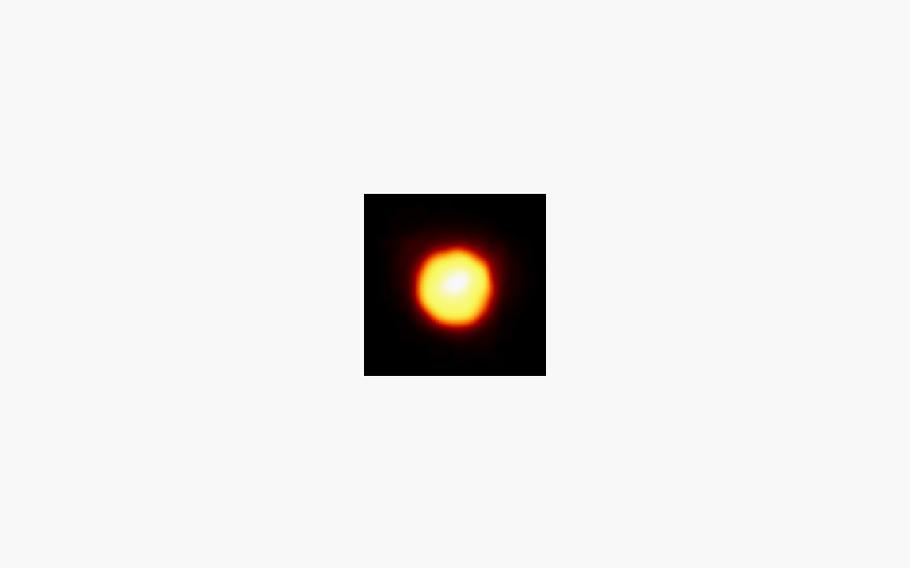 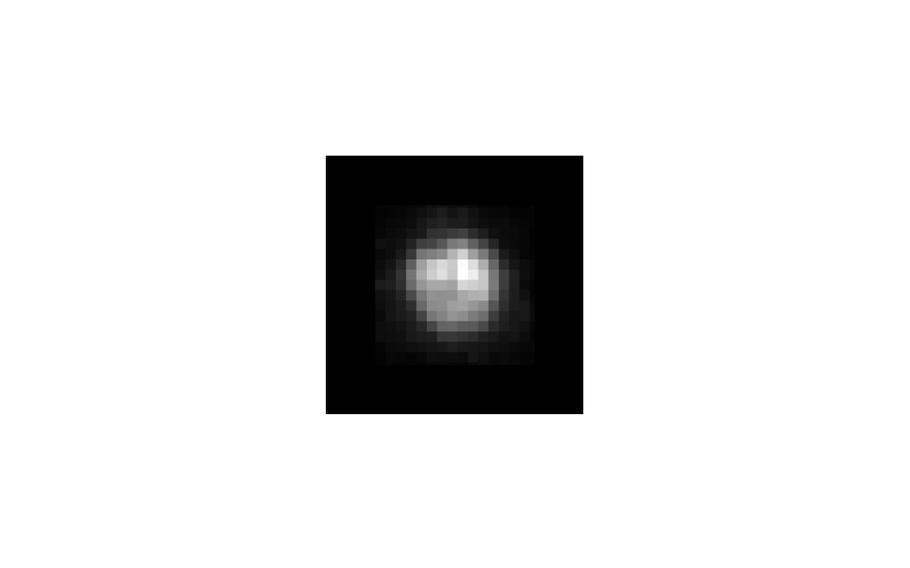 Hubble reveals the surface of Pluto seen for the first time in this March 1996 photo. (NASA) 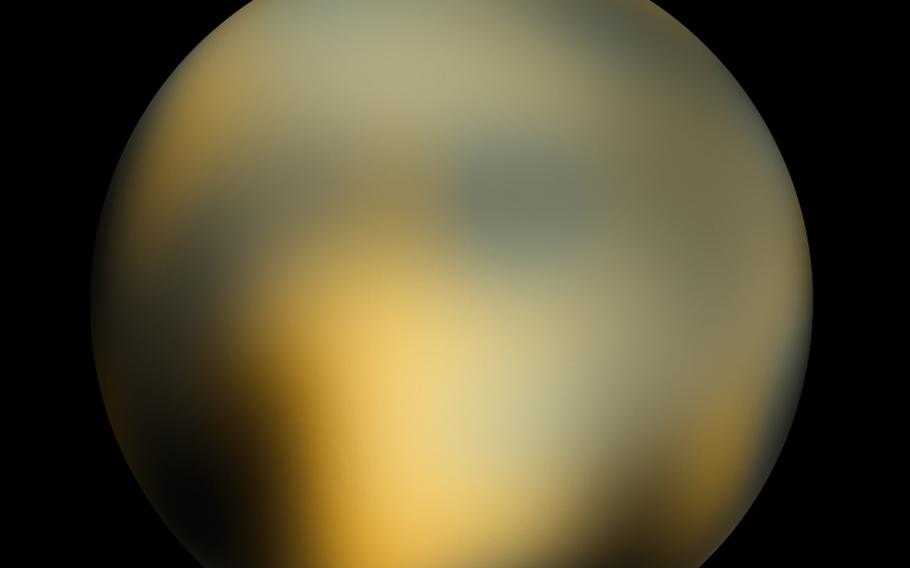 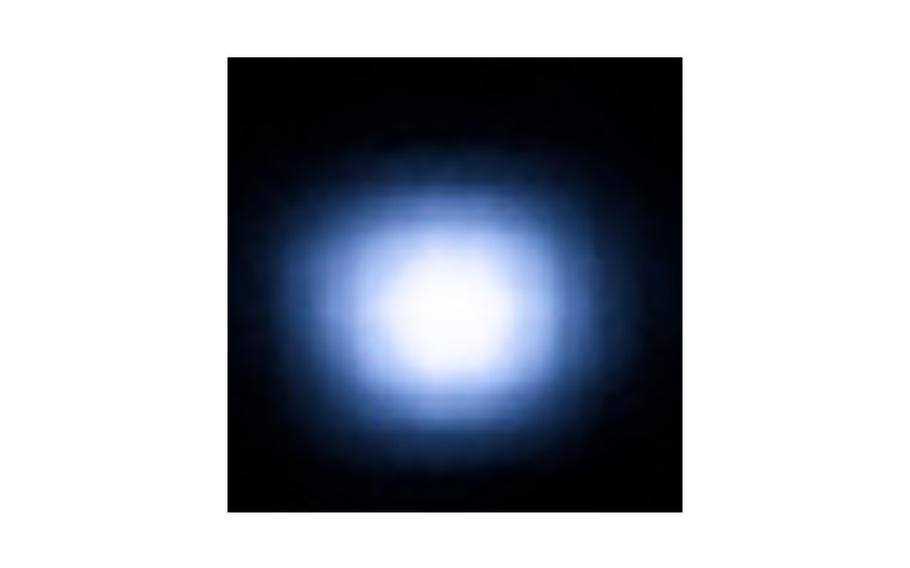 Another moon was discovered around Pluto in images taken by Hubble in July, 2011. (NASA) 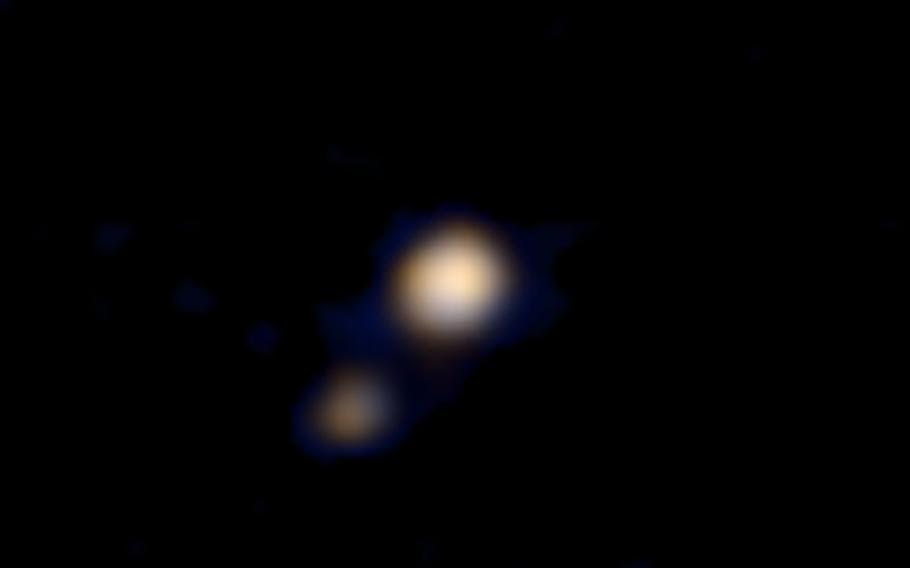 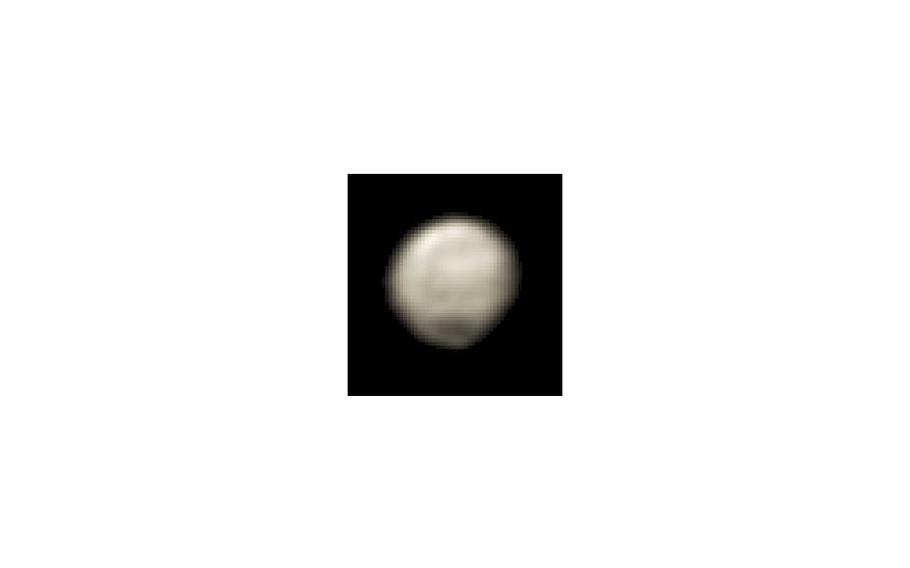 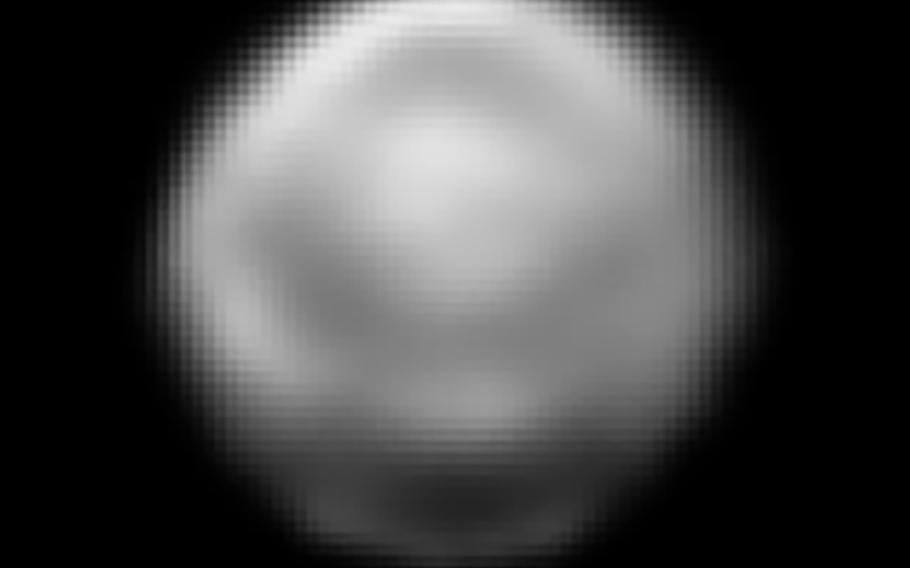 By late June, New Horizons was about 29 million miles away from Pluto, and able to make out distinct features on the hemispheres. (NASA) 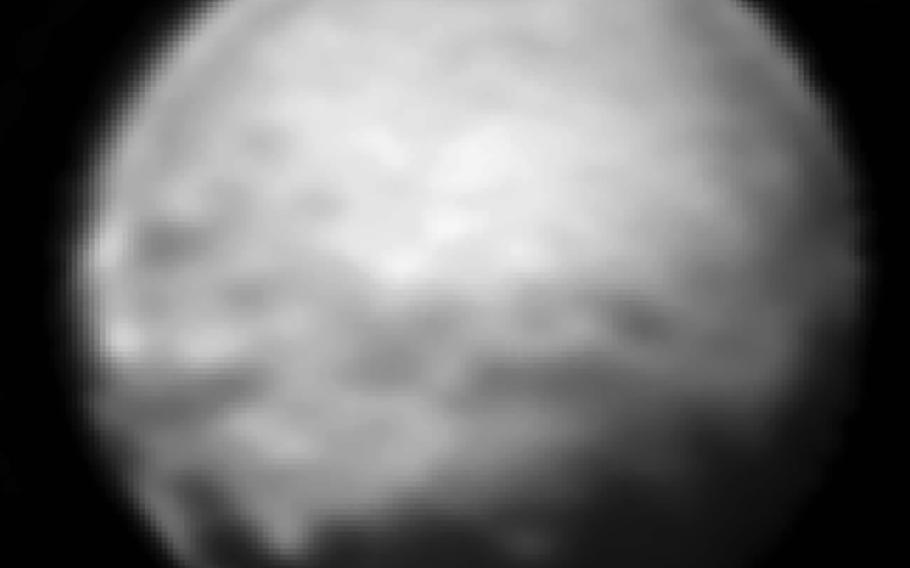 In early July, New Horizons was able to spot a continuous swath of dark terrain wrapping around the dwarf planet's equator. (NASA) 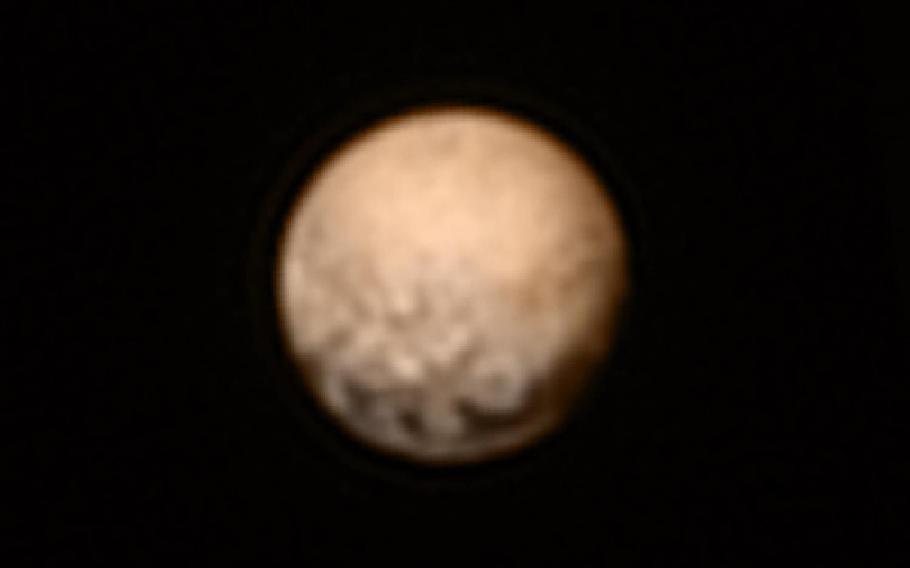 This color version of a New Horizons picture of Pluto taken July 3, 2015, was created by adding color data from the Ralph instrument gathered earlier in the mission. The craft was 7.8 million miles away. (NASA) 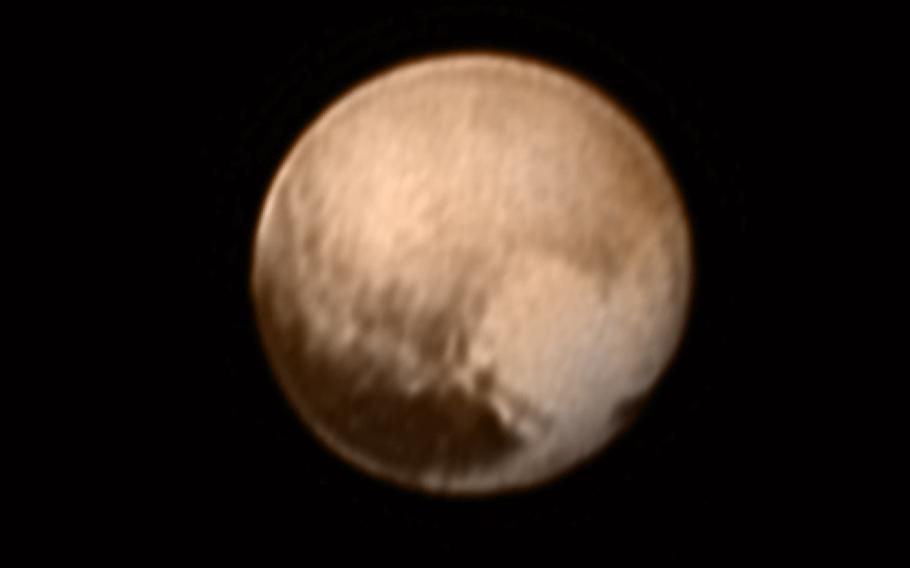 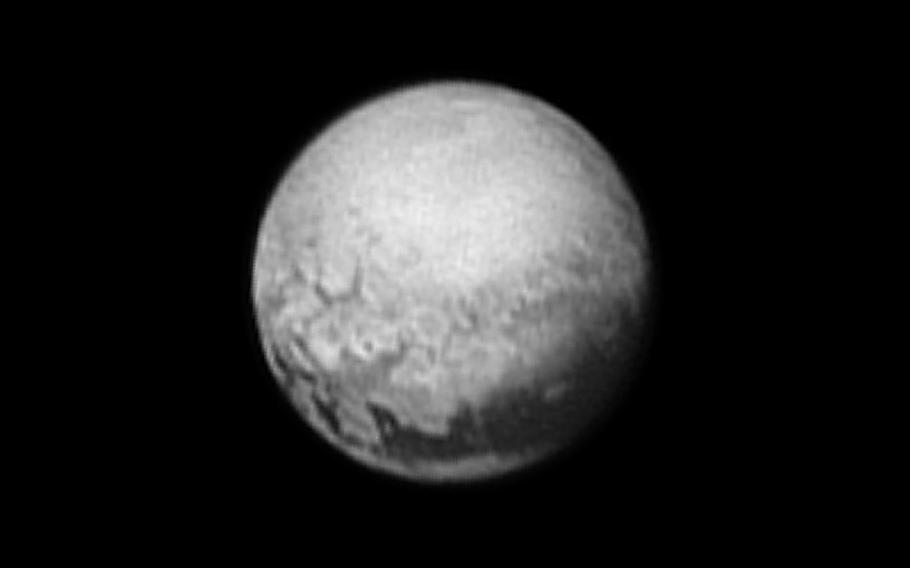 By July 9, New Horizons was showing signs of geology on Pluto. The craft was 3.3 million miles away. (NASA) 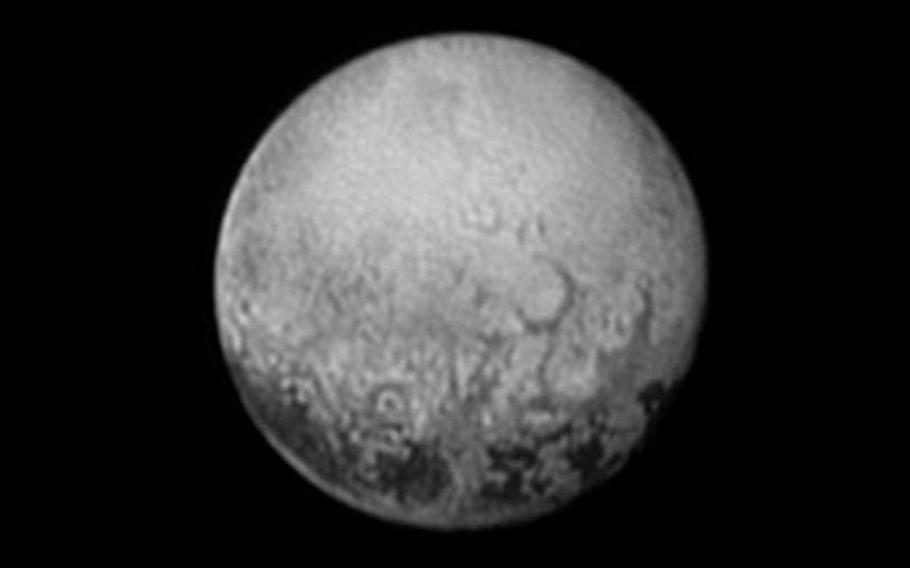 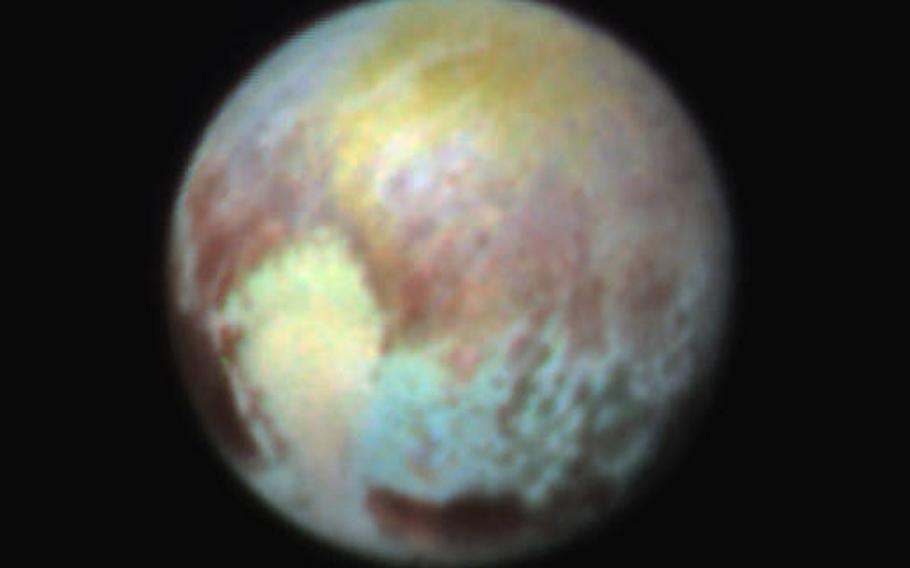 This false color composite was made to show the differences surface material. The western lobe, shaped like an ice-cream cone, appears peach color in this image. A mottled area on the right (east) appears bluish. Even within Pluto's northern polar cap, in the upper part of the image, various shades of yellow-orange indicate subtle compositional differences. (NASA) 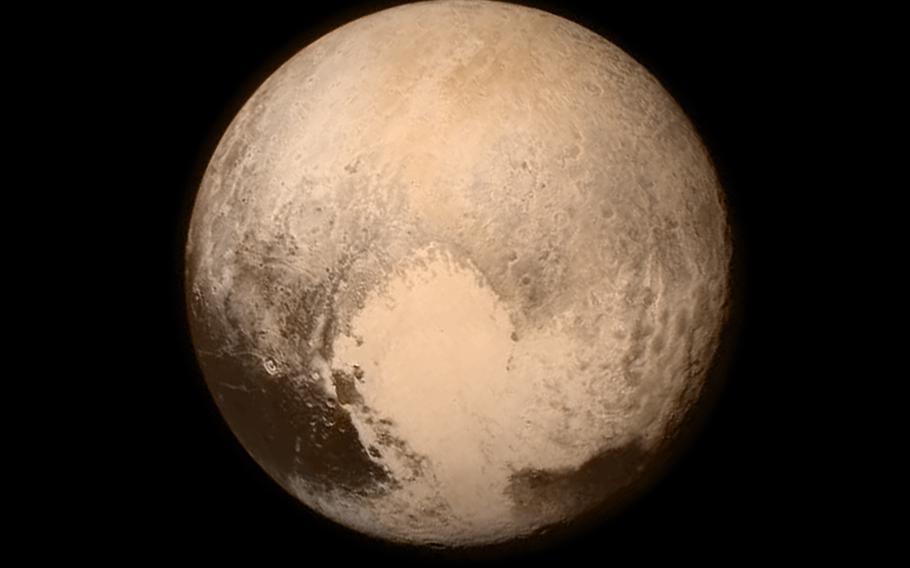 This New Horizons shot shows off Pluto's "heart" in full color. The spacecraft was just over half a million miles away from the dwarf planet on July 13, 2015. The "heart" measures approximately 1,000 miles across. (NASA)

The New Horizons spacecraft will still be sending back its images for months to come, but what we already have is already inspiring awe around the world. Through the Hubble Space Telescope and now the Horizons images, here's how our visual knowledge of the dwarf planet have changed over the last 21 years.

Keep up to date with the latest images at nasa.gov.