Legend and myth surround the story of the Fourth of July 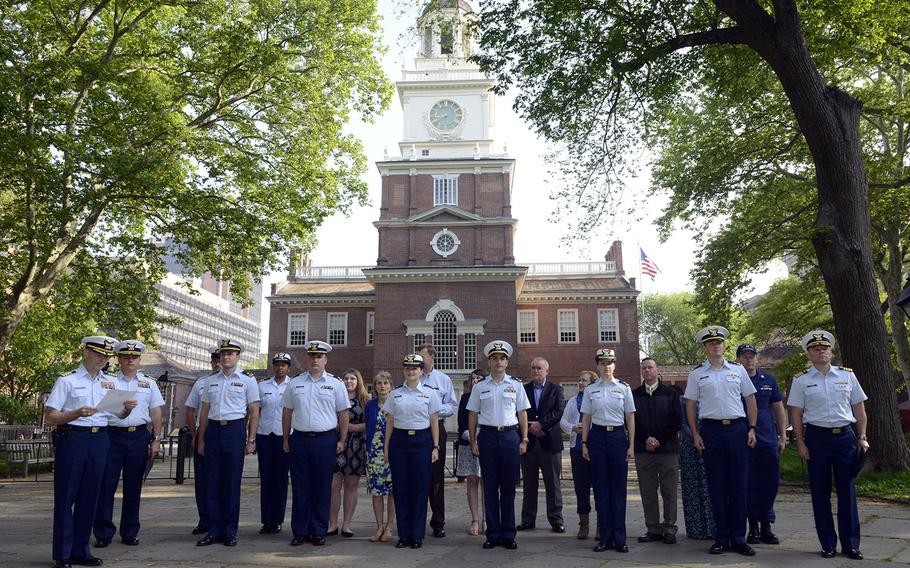 The U.S. Coast Guard holds a reenlistment and promotion ceremony for crew members at Independence Hall in Philadelphia, May 12, 2016. (David Micallef/U.S. Coast Guard)

The U.S. Coast Guard holds a reenlistment and promotion ceremony for crew members at Independence Hall in Philadelphia, May 12, 2016. (David Micallef/U.S. Coast Guard) 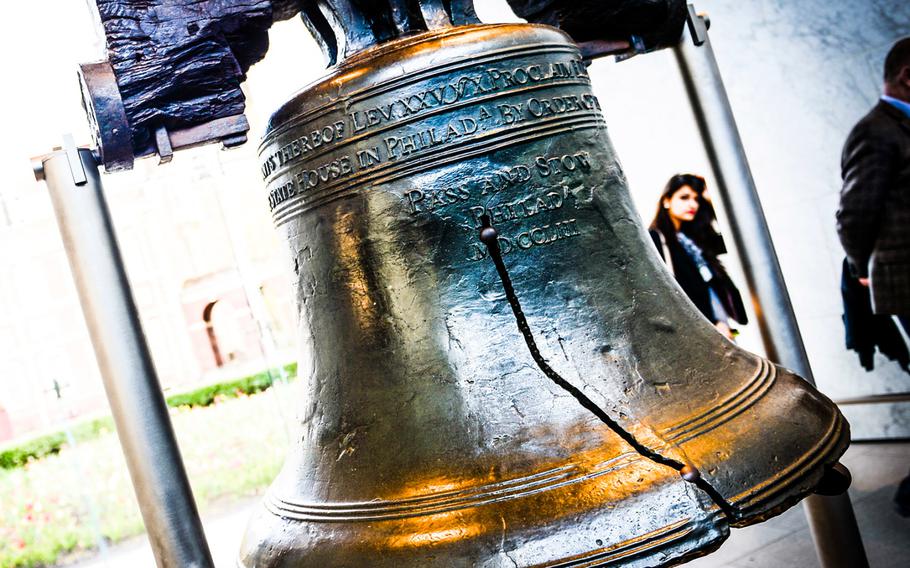 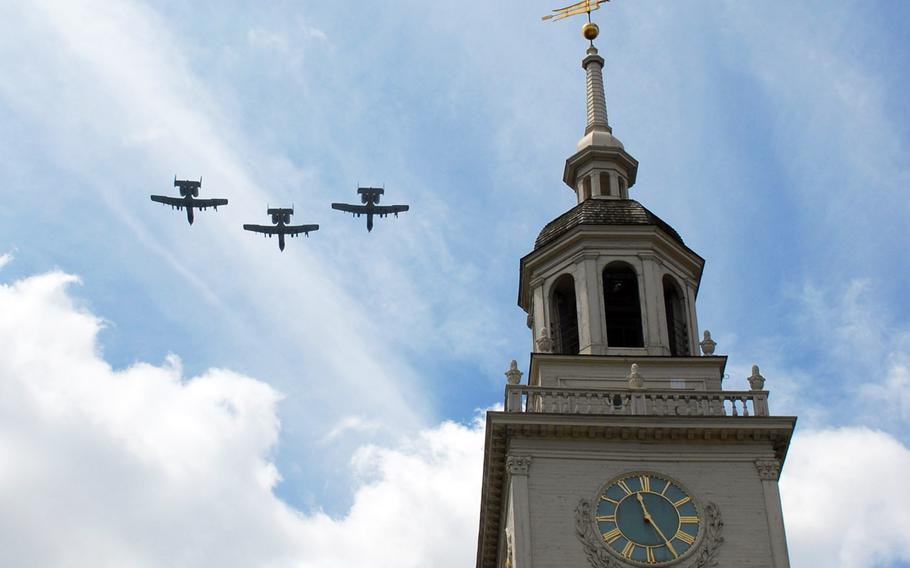 In a 2009 file photo, A-10 Thunderbolts fly over Independence Hall during the Independence Day Celebration in Philadelphia. (Sharilyn Wells/U.S. Army)

The Fourth of July is perhaps America’s best known holiday, commemorating the country’s declaration of independence from Britain and the rise of 13 largely rural colonies to the top of the global heap.

However, details of the events of July 1776 are shrouded in national myth and legend. The story of the birth of American freedom is more complex:

The Continental Congress, meeting in Philadelphia, voted for independence from Britain on July 4, 1776:

Actually the decision to break with the British Crown was taken July 2, when the Continental Congress approved an independence resolution offered by delegate Richard Henry Lee of Virginia, a distant cousin of Confederate Gen. Robert E. Lee. A day after the vote, future president John Adams wrote his wife about the decision, predicting that July 2 would be celebrated “by succeeding generations as the great anniversary festival.”

So why celebrate the Fourth?

Two days after voting for independence, Congress formally approved Thomas Jefferson’s draft Declaration of Independence as an explanation for the decision to break with Britain. Since then Americans have celebrated the public announcement of July 4 rather than the decision for independence itself taken on July 2.

All the delegates signed the document on the Fourth, right?

Despite famous paintings of all the delegates gathered for a July 4 signing ceremony, the facts have been in dispute for years. Fifty-six men signed the Declaration, but most historians now believe they didn’t do so at the same time. New York’s representatives weren’t authorized to sign until July 9 because the colony’s legislature had not given them permission to vote for independence. Most delegates signed during a ceremony on Aug. 2, 1776. Others did so weeks later, and the last signatory, Thomas McKean of Delaware, didn’t add his name until the following year.

The Declaration was celebrated by ringing the Liberty Bell in Philadelphia:

That’s a nice tradition but just that. The story that a young boy standing at the door of Independence Hall gave the signal to an old man in the bell tower appeared in a book published in the 19th century children’s book written by George Lippard entitled “Legends of the American Revolution.” The bell became known as the Liberty Bell in the mid-19th century when abolitionists claimed it as a symbol of the anti-slavery movement.

Word of the Declaration spread rapidly across the colonies and to London:

That depends on how you describe rapidly, which had its own meaning in the days before telegraph, telephones and the internet. The American army was camped in New York City, where George Washington got the word on July 9. News of the events in Philadelphia didn’t reach the southernmost colony, Georgia, until Aug. 10. The British government didn’t hear of the decision until Aug. 30.