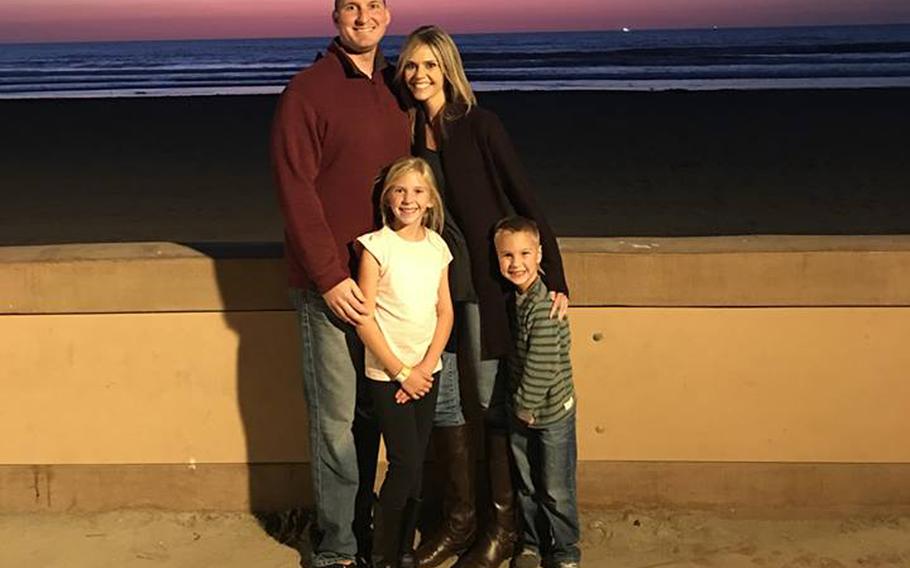 A judge has ordered a new trial is needed for a Marine Corps family sickened by mold in military housing, stating the $2 million in damages that a jury awarded them was excessive, according to documents filed Monday in San Diego Superior Court.

Judge Randa Trapp sided with Lincoln Military Housing and its subsidiary San Diego Family Housing, the company that manages residences at Marine Corps Recruit Depot, San Diego, where the family lived, and ordered the new trial during a hearing Dec. 6. Trapp said the new trial should determine a new settlement for the family for pain, suffering and emotional distress, because the $500,000 awarded to each of the four members of the Charvat family was too much.

“The evidence presented does not support such a high amount for what appears to be temporary nasal symptoms, insomnia and irritability, breathing difficulties, tiredness and Mrs. Charvat feeling like she lost a year,” the judge wrote in her ruling.

Staff Sgt. Matthew Charvat, his wife Leigh and their two children moved into base housing in San Diego in April 2015. The house had a “horrible, musty odor throughout,” as well as mold in the air vents, crumbling drywall and a damaged roof, according to court documents.

The family started feeling ill the following January and discovered mold in the home a month later, according to court documents. They moved in April 2016 and their symptoms dissipated shortly thereafter.

The Charvats filed their lawsuit in January 2018, about eight months before Reuters news agency reported on the poor living conditions that some military families faced in base housing across the country. In the year since, stories of mold and pest infestations as well as poor customer service and home maintenance have prompted a series of congressional hearings in an attempt to resolve the crisis.

Dozens of other military families have followed the Charvats and filed lawsuits, claiming they also were sickened by the condition of their base housing.

Trapp, who also presided over the Charvats’ trial two months ago, did not throw out the jury’s ruling that Lincoln be held liable, only that the family was awarded too much money. The $500,000 for each member is significantly more than the cost of the medical expenses for three of the family members, totaling about $4,500, the judge wrote.

A representative for Lincoln said the company has no comment on the ruling. But the Charvats were disappointed and frustrated by the ruling, according to Matt Poelstra, their attorney.

“We completely disagree with the judge’s ruling and, at this point in time, we are filing an appeal and are confident that it will be overturned,” Poelstra said. “[The family is] confused by the whole process and how this can happen after the jury decided this was a fair and appropriate amount for what they went through.”

California has a statute that allows a judge to throw out damages that they feel are excessive, but this typically occurs when the judge believes something occurred in the trial to mislead the jury, he said.

The ruling does not mention any wrongdoing during trial, which lasted three weeks and ended in September.

“It’s very frustrating that a jury can spend three weeks of time and energy for a judge to pull the rug out from under them,” Poelstra said.

This is the second adverse ruling in the past month for military families suing private companies over the poor living conditions of base housing. A federal judge in Gulfport, Miss., dismissed one of 14 toxic mold cases filed by families who lived in Keesler Air Force Base housing managed by Hunt MH Property Management. The 13 other cases were placed on hold until the dismissed case goes through the appeals process. Each family sued separately as Mississippi does not support class-action lawsuits.

At least three other multi-family cases have been filed in federal court. Nine families filed a suit in October against Hunt for poor housing conditions at Randolph and Laughlin Air Force Bases, both located in Texas. Ten families filed a lawsuit in November against Corvias for poor conditions in housing that the company manages at Fort Meade, Md. Five other families have sued the Michaels Organization for housing it manages at MacDill Air Force Base, Fla.

The Charvats’ case returns to court in March for a hearing to determine whether Lincoln will have to pay the attorney fees and costs of the family, which are about $1.2 million, according to court records. thayer.rose@stripes.com Twitter: @Rose_Lori