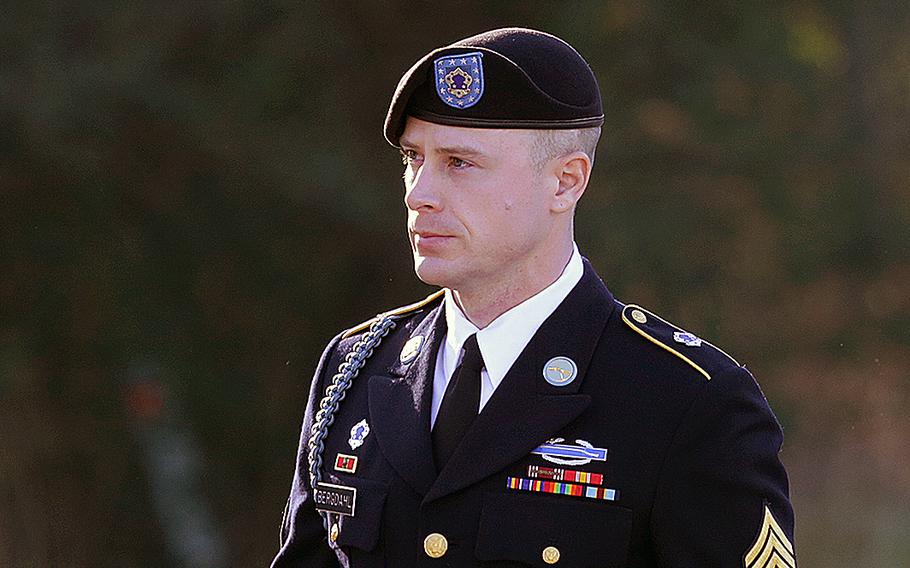 WASHINGTON — The military judge overseeing the court-martial of accused Army deserter Sgt. Bowe Bergdahl set an October trial date for the case during a hearing Friday at Fort Bragg in North Carolina.

The judge, Army Col. Jeffery R. Nance, told prosecutors and defense attorneys that he intends to begin the jury selection process Oct. 16 and start the trial Oct. 23, said Paul Boyce, a spokesman for U.S. Army Forces Command at Fort Bragg, which is in charge of Bergdahl’s court-martial.

Bergdahl, 31, has admitted he willingly left his eastern Afghanistan post in June 2009. The Army has charged him with “misbehavior before the enemy by endangering the safety of a command, unit or place” and “desertion with intent to shirk important or hazardous duty.” The more serious misbehavior charge carries a potential life sentence.

The soldier’s trial was initially scheduled for August 2016 but has been delayed three times because of issues pertaining to the government’s processing of a massive amount of classified information related to the case.

Bergdahl has yet to enter a plea to either of the charges that he faces. He remains on active duty in a clerical job at Joint Base San Antonio in Texas, and he has not been held in pre-trial confinement.

He is expected to return to a Fort Bragg courtroom June 21 for another pre-trial hearing, Boyce said.

Bergdahl spent five years as a captive of the Taliban-aligned Haqqani Network in Pakistan after he was captured within hours of walking off Observation Post Mest. He was released to American special operations forces in May 2014 in a controversial exchange for five senior-level Taliban members detained at Guantanamo Bay in Cuba.

After Bergdahl’s release, the soldier told investigators that he left his post to cause a disturbance that would place him in front of top commanders to express concerns about his unit’s leadership. He said he had no intention of deserting the Army.

Bergdahl’s attorneys have sought to have the case thrown out over comments made by top American officials, including Sen. John McCain, R-Ariz., and President Donald Trump during his campaign.

Nance declined to dismiss the case over either McCain’s or Trump’s comments, but Bergdahl’s attorneys have filed an appeal to the highest military appellate court.

That appeal to the U.S. Court of Appeals for the Armed Forces remains open and asserts that Trump’s repeated disparaging comments about Bergdahl on the campaign trail violated his right to due process.