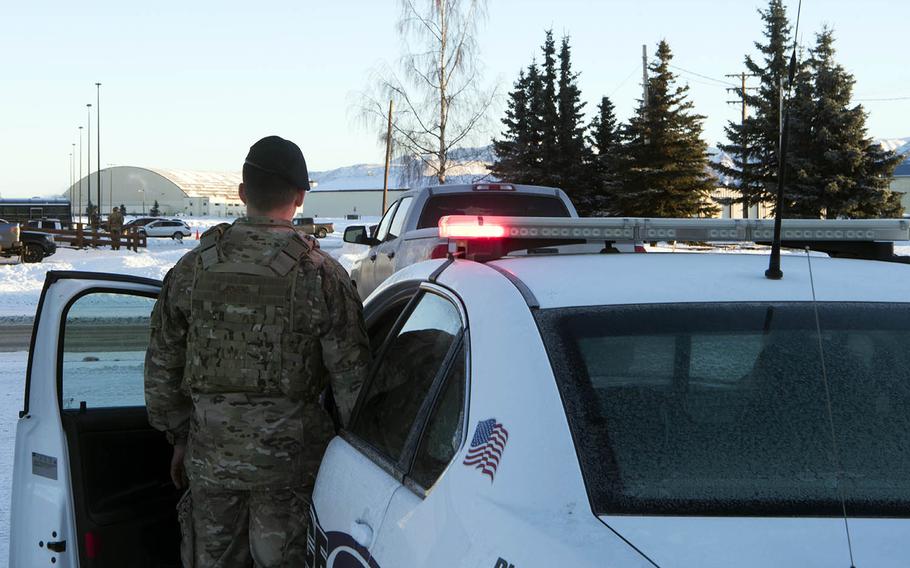 Joint Base Elmendorf-Richardson in Alaska has banned the sale of alcohol on the installation between the hours of 10 p.m. to 5 a.m. in an attempt to reduce consumption and “related harms” such as suicide.

Officials of the joint Army-Air Force base in Anchorage announced the policy on Facebook earlier this week, and it went into effect Friday.

“The number 1 priority of JBER leadership remains the health and safety of our people,” base officials said in the post Wednesday. “Several scientific studies reviewed by the National Institutes of Health have concluded that restricting the hours when alcohol may be sold is an effective strategy for reducing excessive alcohol consumption and related harms.”

By Friday afternoon, the Facebook post had garnered nearly 300 comments, most critical of the prohibition on overnight purchases.

“Did anyone honestly think this through?” wrote a commenter named David Whiteley. “Limiting the sale of alcohol in any shape or form (hours, locations, etc) just promotes other dangerous behavior. If someone wants to drink they will, all ur doing is promoting more intoxicated drivers after hours and increasing the risk of accidents on the road.”

Fort Wainwright, the state’s large Army base in Fairbanks, has not implemented such a policy, said Lt. Col. Catina Barnes, a spokeswoman for U.S. Army Alaska.

Maj. Michael Hertzog II, a spokesman for Elmendorf-Richardson, told Military.com in a statement Friday that the decision to ban overnight sales “was made after considerable debate, through counsel and with contributions from mission partners and leadership across JBER.”

“The decision to limit the time alcohol is sold on the installation was made using information from science-based studies that show decreasing the hours of sale, by [two] or more hours for businesses that sell alcohol, may be an effective strategy for preventing alcohol-related harms (including suicide).”

After five soldier suicides in Alaska between May 2018 and April 2019, the Army conducted a study to determine any root or common causes.

Looking at 11 U.S. Army Alaska suicides from January 2014 through March 2019, the study found multiple risk factors, including issues with pain, sleeplessness and relationships.

Early last year, the Army launched a series of improvements aimed at reducing the risk of suicide, including improved access to mental health counseling, access to healthier foods and better fitness facilities.