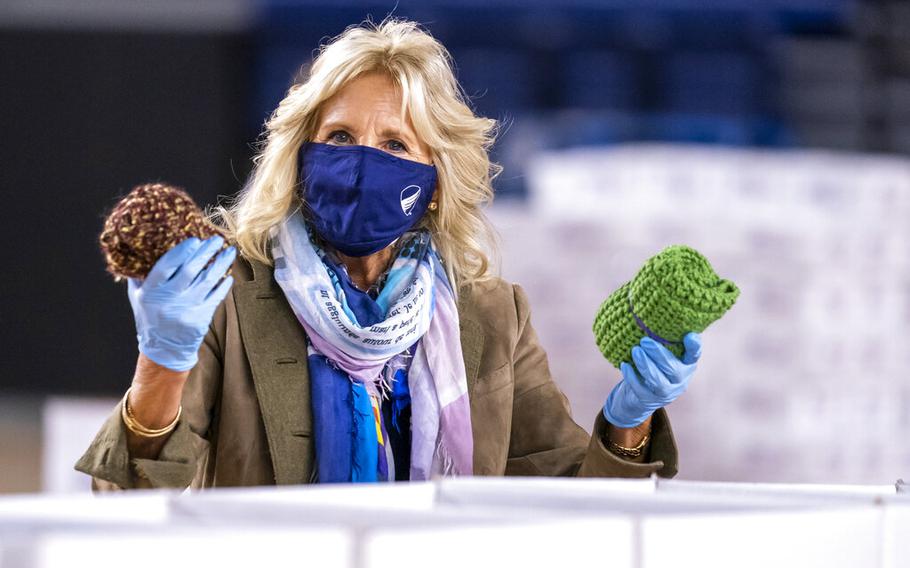 WASHINGTON — The Joining Forces initiative that supported military families and veterans is coming back to the White House with President-elect Joe Biden’s administration under the office of the future first lady Jill Biden, who helped established it in 2011.

“I know the love and strength and resilience that makes this community so unique, and it’s such a joy to be a part of it, and a privilege really have the chance to serve it,” Jill Biden said Thursday during the virtual announcement with some military family organizations.

Biden worked with former first lady Michelle Obama to launch the initiative, which aimed to bring attention to the needs of service members and their families as well as veterans. Their work focused on three areas: employment, wellness and education, according to the initiative’s Obama White House-era website. The initiative was able to challenge business to hire veterans and spouses, as well as work with states to improve state licensing procedures.

Biden is the daughter of a Navy veteran and her son, Joseph “Beau” Biden III, served in Iraq with the Delaware National Guard from 2008-2009.

Jill Biden also announced Rory Brosius, the military families engagement leader for the Biden transition team, would be the new executive director of Joining Forces and a special assistant to President Biden. Brosius, the spouse of a Marine veteran, was previously the deputy director of Joining Forces during former President Barack Obama’s administration and then an adviser for military families to the Biden Foundation, according to a news release.

“This is my community, and it’s one I care deeply for. The world has changed since Joining Forces started in 2011. And I know that we have work to do to make sure that we are as timely and as targeted as we need to be. I take my mandate and our bias for action very seriously,” Brosius said during the announcement.

During President Donald Trump’s administration, second lady Karen Pence has focused on supporting the military. She started her own awareness campaign in 2018 for military spouses to highlight issues including employment and child care.

Biden stated the relaunch will build on the work done during the Obama administration and they will start by listening to members of the community on their needs.

“We’ll continue to listen and work with you, making sure that your experiences and expertise are the North Star of this effort, and that starts today. That’s the promise that I made to you on the campaign trail, that we would relaunch Joining Forces and get to work on day one,” Biden said.