'It was our spot': Popular Fort Campbell area pub ravaged by fire 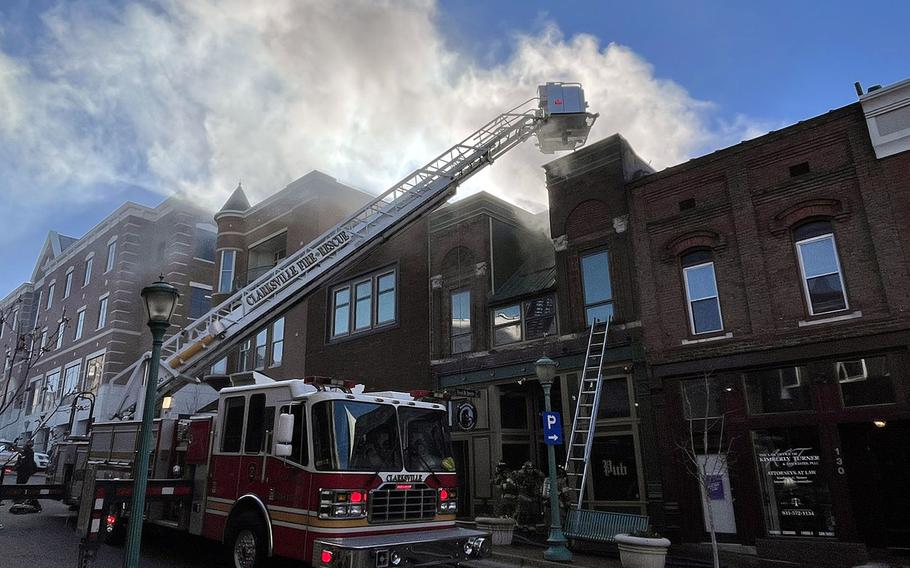 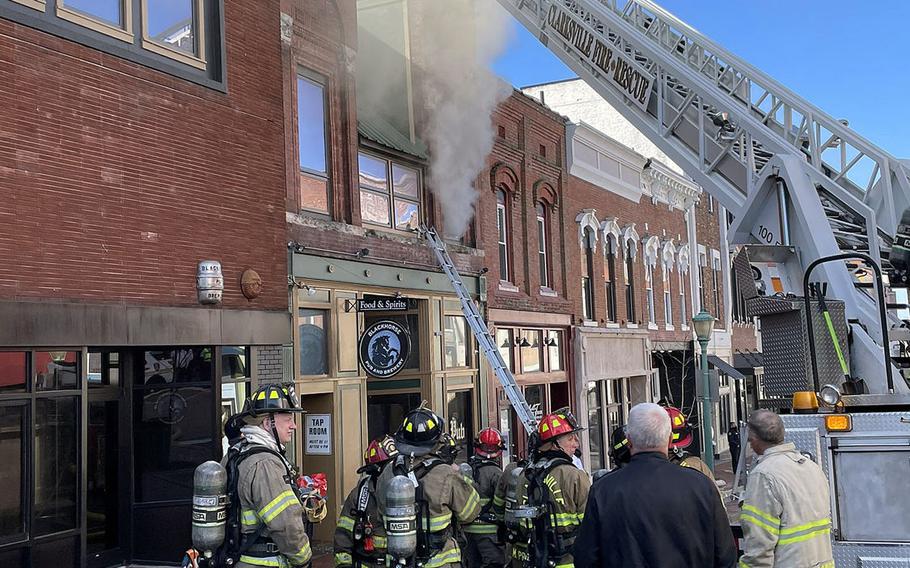 Soldiers are mourning the closure of a popular veteran-owned pub near an Army base in Tennessee, after fire ravaged much of the building.

A former helicopter pilot with the 101st Airborne Division at nearby Fort Campbell, Jeff Robinson got the idea for the pub while serving in Desert Storm in 1991, the Clarksville Leaf Chronicle reported. He opened it on St. Patrick’s Day the following year.

It’s since become a spot for military hails and farewells, deployment send-offs and other unit events. It was also a community staple, Clarksville Fire Rescue said in a statement online.

“It was something uniquely Clarksville,” said Lt. Col. Mike Nelson, a soldier who spent several years at Fort Campbell while serving with 5th Special Forces Group. “It was only ours … our spot.”

The establishment was the place soldiers would take colleagues visiting from elsewhere, or foreign military officials who came to the base for training, Nelson said. His old unit brought him there on his last visit to the base several years ago.

Kevin Mott, a Silver Star Medal recipient who served with the 101st Airborne, recalled that it was the first place he had dinner outside the Fort Campbell hospital while recovering after being shot in Afghanistan.

“I asked my doc if I could leave to get dinner,” he tweeted. “Miserable car ride to get Blackhorse but it was totally worth it for the beer, chips, and dip.”

The blaze began early Wednesday while the morning crew was making a batch of its signature beer cheese dip. Flames shot up from the stove, but the range hood’s automatic fire suppression system and workers armed with a fire extinguisher could not get the fire under control, the owners’ Facebook post said.

An assistant fire chief driving nearby spotted smoke and radioed in for a “maximal response,” the post said. Five fire trucks and dozens of firefighters and emergency medical personnel responded, many brought in from off-duty, ClarksvilleNow.com reported.

After firefighters inside the building issued a mayday call, the fire chief pulled all the crews out and told the owners it was “time to hit the building with all the water they could,” the pub’s Facebook post said. They cut a hole in the roof and shot in over 2,000 gallons a minute for nearly an hour.

The sprinkler system remained on throughout the fire and a waterfall cascaded down the stairway, filling the basement with two feet of water, assistant fire chief Michael Rios told ClarksvilleNow.com.

“The most important thing is that nobody was hurt,” the owners said.

The pub is located in a historic building dating to sometime after an 1878 fire that destroyed many of Clarksville’s original downtown.

The Blackhorse survived a 1999 tornado that devastated the town, but just barely. It “ended up in bankruptcy for a while,” Jeff Robinson told the Leaf Chronicle ahead of the pub’s 25th anniversary.

“A lot of places (in downtown) came and went, but the Blackhorse was a constant,” said Nelson, the former 5th Group soldier.

Insurance will cover the damage to the building, said Ryan Bowie, executive director of the nearby Roxy Regional Theater, but some 100 employees will be left without work during its temporary closure. He set up an online fundraiser that brought in over $28,000 for the staff in about a day.