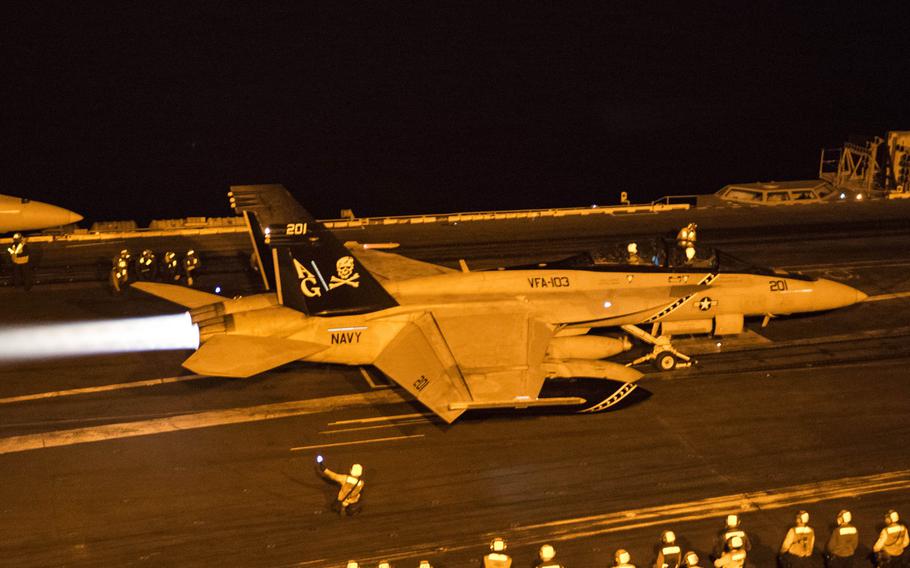 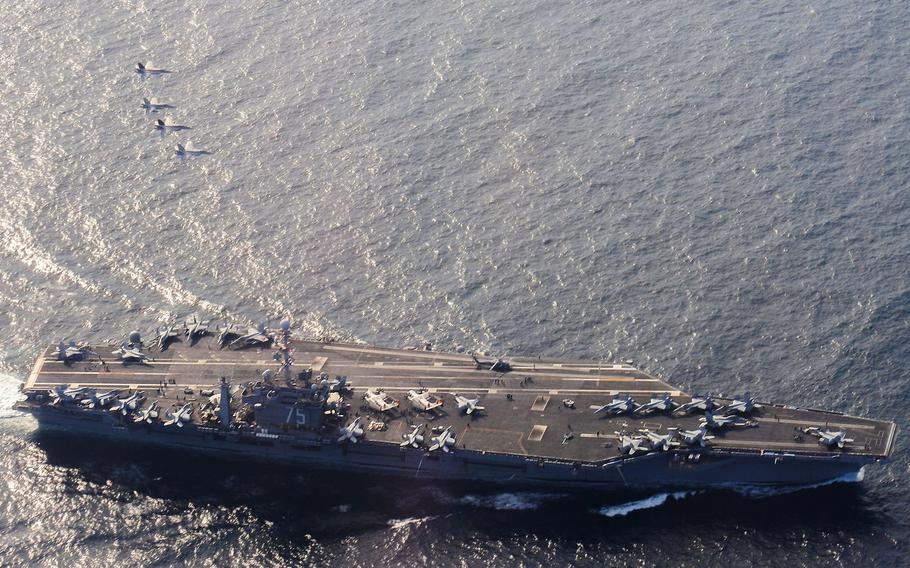 The narrow waterway between Iran and Oman — the shipping lanes are only 6 miles wide — is the sea route for about one-fifth of the world’s oil supply. It is also the entry point to the Persian Gulf, where the U.S. 5th Fleet has its headquarters in Bahrain.

The Iranian actions “were highly provocative,” Stephens said in a statement. “Firing weapons so close to passing coalition ships and commercial traffic within an internationally recognized maritime traffic lane is unsafe, unprofessional and inconsistent with international maritime law.”

The Iranians announced the live-fire exercise over radio communications only 23 minutes beforehand, Stephens said. The rockets were fired from within the shipping lanes.

U.S. Navy Seahawk helicopters from the Truman closely observed the Iranian forces during the event, he said.

The U.S. Navy hasn’t changed operations in the region as a result of the incident, Stephens said. The Truman moved forward into the Gulf and is now launching sorties against Islamic State group targets in Iraq and Syria.

This is the third such incident since October 2014, Stephens said, but this one was much closer to the carrier strike group and merchant traffic and “encroached on the internationally recognized maritime traffic lanes and Omani territorial waters.”

In May of this year, U.S. Navy warships began accompanying U.S.-flagged vessels through the Strait of Hormuz after Iranian ships seized a commercial ship flying the flag of a U.S.-protected island nation.

There have been several other incidents involving Iran over the years. In April 1988, when the U.S. Navy was patrolling the Gulf to maintain freedom of navigation during the Iran-Iraq War, the guided-missile frigate USS Samuel B. Roberts was heavily damaged by a mine. Four days later, the U.S. conducted Operation Praying Mantis, in which U.S. warships attacked two Iranian oil platforms and, according to the Navy, sunk or severely damaged half of Iran’s operational fleet.

In July of that year, the USS Vincennes shot down an Iranian passenger plane, mistaking it for a fighter jet, killing all 290 people on board.

Iran has previously threatened to block the strait in retaliation for international sanctions. This rocket test comes after a deal to limit Iran’s nuclear program in exchange for sanctions relief.