In surprise turn, House panel backs women in the draft 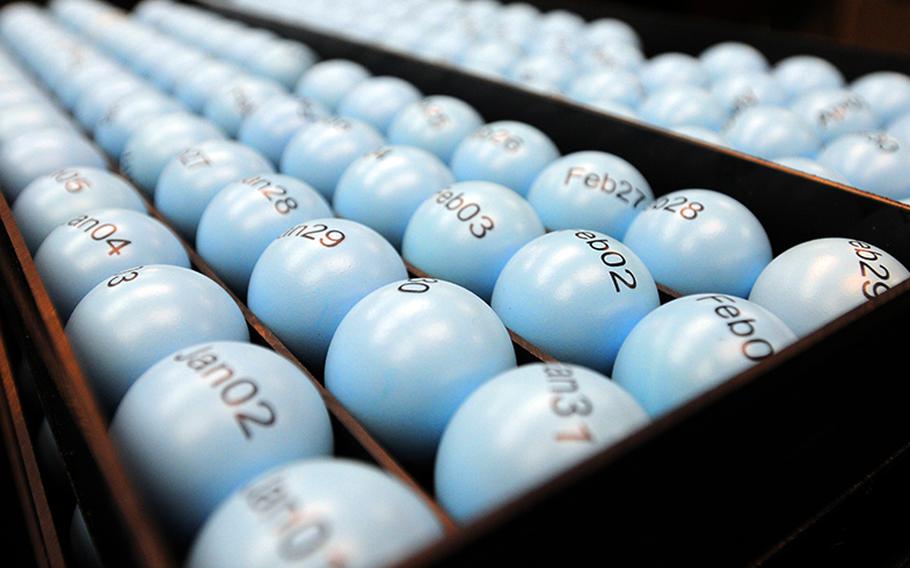 WASHINGTON — A House Republican’s attempt to take a stand against women in combat took an unexpected turn Wednesday.

Rep. Duncan Hunter, a vocal opponent of infantry and special operations integration, proposed opening up the Selective Service — and future military drafts — to women during a House committee debate over next year’s defense budget. The Marine veteran hoped to raise opposition to combat integration by forcing fellow lawmakers to consider young women dying on the front lines of a major war.

Instead, the proposal whipped up enough support for female integration that members of the House Armed Services Committee voted in favor of opening the Selective Service and the draft.

“I actually support your amendment and will be delighted to vote for it,” said Rep. Jackie Speier, D-Calif.

The Selective Service measure is now part of the annual National Defense Authorization Act, which was approved by the committee early Thursday, and heads for a vote on the House floor. If passed by both chambers of Congress in a final defense bill, women ranging in age from 18-26 would for the first time have to join men in registering and could potentially be forced into combat.

The question of the draft suddenly looms because the Defense Department decided in December to open all remaining gender-segregated combat jobs — about 225,000 — to female troops.

“If we want equality in this country, we want women to be treated precisely like men are treated and that they should not be discriminated against, we should be willing to support a universal conscription,” Speier said.

The vote was a major setback for Hunter and Rep. Ryan Zinke, R-Mont., a retired Navy SEAL, who have been trying to build opposition to female integration since earlier this year when they introduced the Draft America’s Daughters Act, a bill that is the same as the amendment floated Wednesday.

However, political momentum appears to be building behind integration and changes to the draft system, especially following the Armed Services Committee vote.

In February, Sen. John McCain, R- Ariz., chairman the Senate Armed Services Committee, came out in support of requiring women to sign up with Selective Service, though he said a future draft is highly unlikely.

Marine Commandant Gen. Robert Neller and Army Chief of Staff Gen. Mark Milley have testified on Capitol Hill that there should be no exemption for women now that the military is all inclusive.

Men are required to register with Selective Service when they turn 18 years old. In 1981, the Supreme Court backed the exemption for women because at the time they did not fill combat roles.

Rep. Mac Thornberry, R-Texas, the chairman of the House Armed Services Committee, voted against opening the draft to women Wednesday but he said he was still undecided.

The NDAA bill passed early Thursday also orders the Pentagon to study the issue of the draft and report back to Congress, he said. Meanwhile, a lawsuit challenging the all-male draft is working its way through the U.S. court system and might ultimately decide who can be drafted.

“My view is that we need to get those answers, follow the court case and take some further steps. I don’t know what all the answers are personally,” Thornberry said.