In DOD reversal, agency will analyze remains thought to be WWII’s first Medal of Honor recipient In a reversal of policy long sought by family members, the Defense Department has ordered a set of remains in the Philippines believed to be Alexander "Sandy" Nininger to be exhumed and examined. (U.S. Army)

In a reversal of policy long sought by family members, the Defense Department has ordered a set of remains in the Philippines believed to be Alexander "Sandy" Nininger to be exhumed and examined. (U.S. Army) 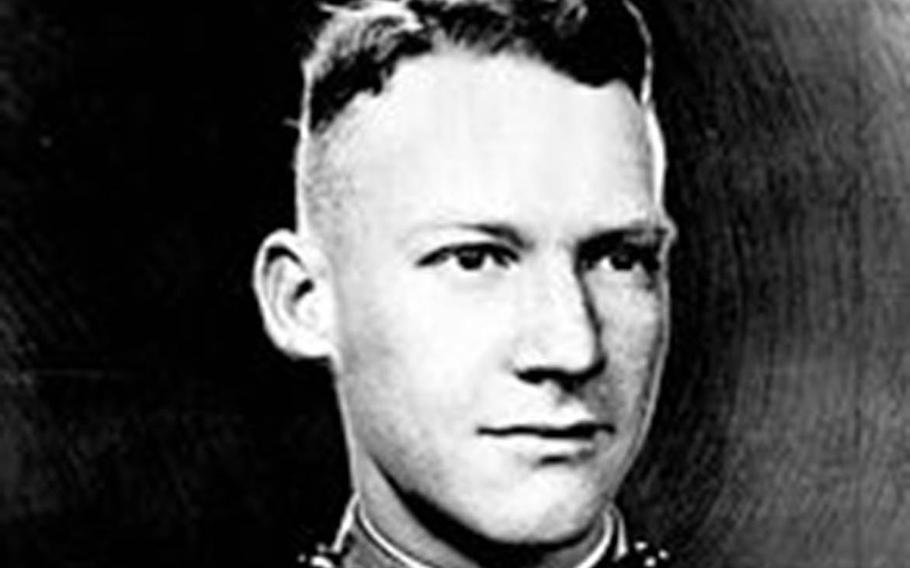 In a reversal of policy long sought by family members, the Defense Department has ordered a set of remains in the Philippines believed to be Alexander â€œSandyâ€� Nininger to be exhumed and examined. (U.S. Army)

The Defense Department on Wednesday agreed to analyze remains in a Philippines grave long believed by family members to be those of Alexander “Sandy” Nininger Jr., the first service member awarded the Medal of Honor during World War II.

The Defense POW/MIA Accounting Agency and its precursors had denied repeated requests by the family to exhume the remains for DNA testing, maintaining that the agency’s documentation could not validate taking that step.

“I have directed DPAA to immediately generate the necessary exception to policy in order to expeditiously execute scientific analysis of the remains to confirm or deny identification,” Anthony Tata, currently performing the duties of undersecretary of defense for policy, said in an email Wednesday sent to Defense Department officials and John Patterson, who is Nininger’s nephew and closest next of kin.

The exception to policy comes a day after Patterson sent a letter to Defense Department officials on behalf of the family requesting that the soldier’s name be removed from all federal installations, plaques and other sites. Patterson expressed frustration over what he described as a “bureaucratic logjam” on his uncle’s case.

“Sandy's country has failed him and because of that we ask that the U.S. Government promptly begin the process of removing the name of Lt. Alexander R. Nininger Jr from all Federal facilities and cease trading on his good name and reputation,” Patterson concluded in the letter, which was detailed in a Stars and Stripes article Tuesday.

Patterson was stunned about the speed of the policy reversal after the release of the letter, he said during an interview with Stars and Stripes on Wednesday from his Rhode Island home.

“This is obviously the furthest we’ve ever gotten,” he said. “The bottom line is, I’m pleased and now I want to wait and see what their action is – and when.”

Tata told Stars and Stripes on Wednesday he had learned of Patterson’s letter in an email he read during a flight back to the United States on Tuesday after a week of official international travel. He reviewed the case Wednesday morning.

“This is the first time I’ve really had an opportunity to review the case,” he said. “If there’s a chance, even if it’s remote, to discover the identity of these remains, then I think that is something we should do.

“I believe we have no more solemn duty than to take care of our fallen and their families.”

Nininger, a 1941 West Point graduate, was serving with the 57th Infantry Regiment, Philippine Scouts, as he defended against the Japanese invasion of the Philippines. He died on Jan. 12, 1942, near Abucay on the Bataan peninsula of Luzon Island and was hastily buried.

He became the first service member to receive the Medal of Honor during World War II. Medals of Honor were subsequently awarded to service members involved in the earlier Japanese surprise attack on Pearl Harbor on Dec. 7, 1941.

“Though exposed to heavy enemy fire, he continued to attack with rifle and hand grenades and succeeded in destroying several enemy groups in foxholes and enemy snipers,” Nininger’s Medal of Honor citation said.