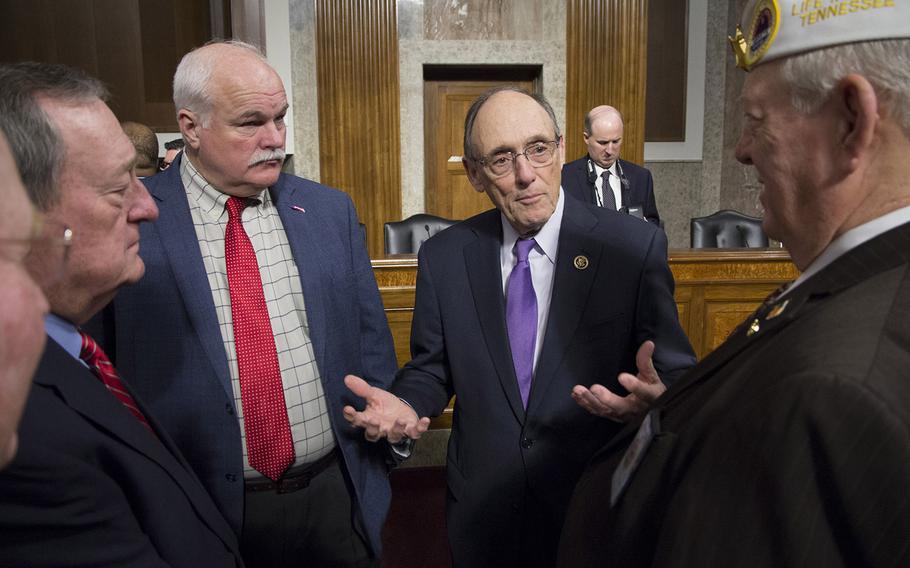 WASHINGTON – The House is scheduled to vote again Friday on a bill to provide urgent funding to the Department of Veterans Affairs for a program, nearly depleted, that allows veterans to receive care in the private sector.

Friday is the last day for House lawmakers to pass a funding measure before leaving for August recess. The Veterans Choice Program is expected to run dry in mid-August, putting thousands of veterans at risk for interrupted medical care.

On Monday, House Democrats rejected a proposal that would have provided $2 billion for Veterans Choice by siphoning from other VA programs. Eight veterans groups railed against the proposal, arguing it prioritized the private sector while neglecting VA services.

Rep. Tim Walz, D-Minn., the ranking Democrat on the House Committee on Veterans’ Affairs, argued that House and Senate lawmakers needed to work together with veterans groups to come to a compromise.

After three days of negotiations, the House committee proposed a revised version that provides $2.1 billion for Choice, still by taking funds from other VA programs, which is expected to keep the program going for the next six months. The new proposal would also invest nearly $275 million for new VA clinics and includes provisions to make it easier for the VA to fill more than 49,000 personnel vacancies nationwide.

On Wednesday, before lawmakers came to an agreement, the VA issued a statement in praise of the deal.

“I urge the House of Representatives to act swiftly, so this legislation can be considered in the Senate before the August recess begins,” VA Secretary David Shulkin said in the statement.

If the House passes the bill Friday, the Senate would have to follow. Senators are expected to leave for recess in mid-August.

The House Rules Committee cleared the way Thursday for the vote on the revised bill. House lawmakers will be allowed one hour of debate.

To address hiring problems in the department, the bill would create a fellowship program for VA managers, create a recruiting database for critical openings, give Shulkin more direct-hiring authority, require more training for human resources personnel, establish standardized exit surveys and ensure more competitive pay for physician assistants. It would also require Shulkin to fill all vacant medical director positions within 120 days after the bill is enacted.

The bill includes a measure authorizing the VA to move forward with 26 leases for clinics, one for research space and one for a business office. Because of bureaucratic disputes, some of the leases have been held up by Congress for more than two years.

Rep. Julia Brownley, D-Calif., introduced the provision. One of the leases, for an outpatient clinic in Oxnard, is in her district.

“I am so pleased that this bipartisan agreement includes my bill, taking us one step closer to breaking a logjam that has stood in the way of better VA care in communities across the country,” Brownley said in a prepared statement.

If passed, two outpatient clinics could be opened in Gainesville, Fla., in addition to one in Pike County, Ga.; Pittsburgh; Birmingham, Ala.; Santa Rosa, Calif., and Oxnard.