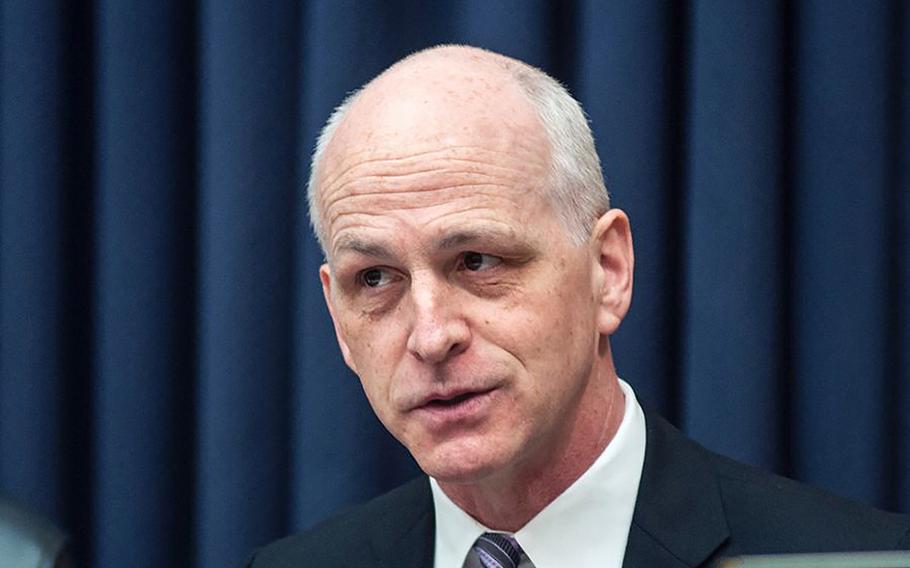 The fiscal year 2021 National Defense Authorization Act passed 295 to 125 with support from Democrats and Republicans. The passage sends the measure to the Senate, where lawmakers are expected later this week to finalize their version of the bill, which sets annual spending and policy priorities for the Pentagon.

The House version of the NDAA includes a 3% pay raise for U.S. troops, a more than 5,000-troop boost in the active-duty force, a $3.58 billion effort to begin a new initiative to curb Chinese aggression in the Indo-Pacific region, and new measures aimed at identifying and curbing groundwater contamination at military sites.

“I am incredibly proud of the work that the House Armed Services Committee was able to accomplish this year, despite the challenges posed by the [coronavirus] pandemic, and strongly believe the [fiscal year 2021] NDAA is an excellent piece of legislation that delivers for our service members and their families,” said Rep. Adam Smith, D-Wash., chairman of the House Armed Services Committee. “Thanks to the work of my colleagues on both sides of the aisle, the bill we passed today supports our troops, reflects our values, and provides for a strong national defense.”

The vote showed the bipartisan nature of the bill, he said. Democrats supported it 187-43 and Republicans voted 108-81 to adopt the legislation. With more than two-thirds of the chamber supporting the bill, a Trump veto would be overridden if there is also two-thirds support for its passage in the Senate.

Rep. Michael Waltz, R-Fla., said the bill was not perfect but he supported it because it would strengthen the military.

“Our country still faces enumerable (sic) threats from adversaries like Russia and China, whose technology and military capabilities are advancing rapidly,” Waltz, a former Green Beret and Afghanistan war veteran, said in a statement. “This year’s defense bill will ensure America can face these challenges and any others while safeguarding our national strategic interests at home and abroad — all thanks to the incredible bravery and skill of the men and women of our armed services.”

But in a 13-page statement issued Tuesday hours before the NDAA was passed, the White House expressed strong opposition to several measures included in the House’s legislation vowing that senior advisers would recommend President Donald Trump veto it “in its current form.”

The White House’s main objection, echoing veto threats raised by Trump in recent weeks, was to the requirement the Defense Department rename 10 southern Army posts within one year named during the Jim Crow era of the early 1900s for Confederate generals from the Civil War. The Trump administration also objected to other measures in the bill that the White House accused of attempting to “micromanage aspects of the executive branch’s authority.”

Those measures included one that would limit the president’s ability to withdraw troops from places including Germany and South Korea unless top Pentagon leaders could certify six months in advance that the moves would not hinder national security. Another measure would stop the withdrawal of U.S. troops from Afghanistan unless military leaders certify their removal would not undermine security conditions in the country and was consistent with a peace accord reached with the Taliban in February.

In its opposition to an effort to rename Army posts named for Confederate generals, the White House accused lawmakers of participating in “a sustained effort to erase from the history of the nation.”

Calls to strip U.S. military assets of names tied to the Confederacy have risen as a national conversation on systemic racism that grew amid protests launched in all 50 states after the Memorial Day killing of a handcuffed Black man, George Floyd, by a white Minneapolis police officer who since has been charged with murder. But Trump has vowed to maintain the names of the 10 Army posts, even as military leaders — including the nation’s top officer, Army Gen. Mark Milley — have signaled support for efforts to change the names of those posts.

The White House has claimed renaming such posts as Fort Benning, Ga., Fort Hood, Texas, Fort Bragg, N.C., and Fort Lee, Va., would dishonor soldiers and other troops who trained there before fighting in overseas conflicts, including World Wars I and II.

“President Trump has been clear in his opposition to politically motivated attempts like this to rewrite history and to displace the enduring legacy of the American Revolution with a new left-wing cultural revolution,” the White House statement read.

The Senate’s current version of the 2021 NDAA also contains a directive the Army form a commission to change the names of those 10 posts. It would give the service three years to do so.

Once the Senate passes its version of the bill, leaders from both chambers will begin compromise efforts to craft a final version of the legislation, which has been passed for 59 consecutive years. Lawmakers have said they expect to finalize the bill by the fall, but not before the Sept. 30 deadline to pass it on time for the start of the 2021 fiscal year.

On Tuesday, Smith said he anticipated the bill would become law for a 60th consecutive year.

“Now, as we turn to the conference with our colleagues in the Senate, I am optimistic that our work will continue to reflect the bipartisan tradition that distinguishes the armed services committees,” he said.