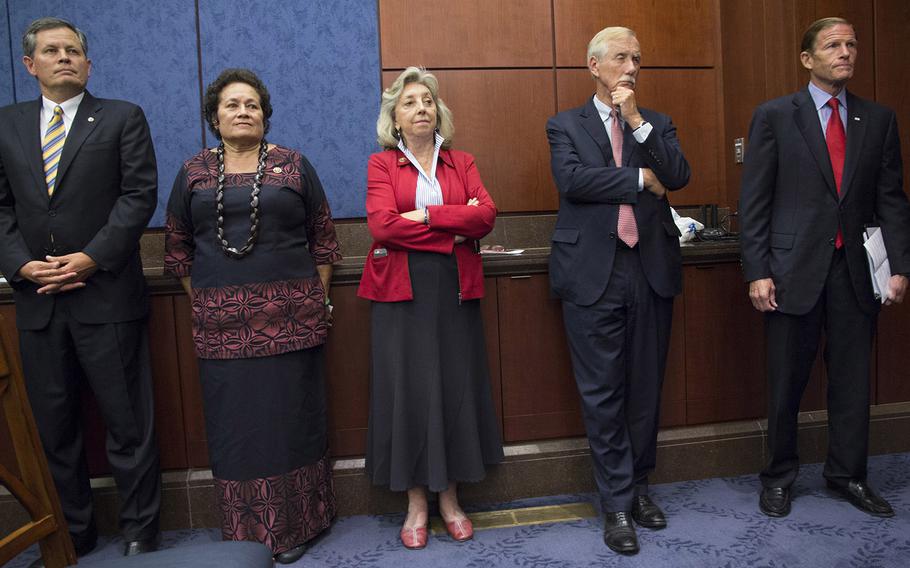 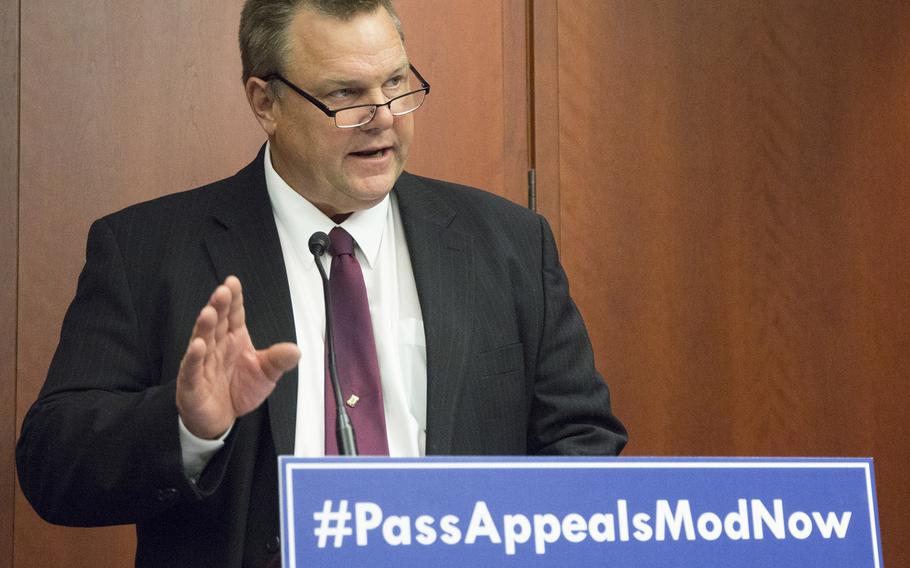 WASHINGTON – The House passed Department of Veterans Affairs reform legislation Wednesday evening that would change the process veterans use to appeal benefits claims and make it easier for the agency to fire bad employees.

“This bill is about accountability,” said Rep. Jeff Miller, R-Fla., who introduced the legislation. “This bill is trying to give the [VA] secretary the tools he needs in order to hold employees accountable. We need to move forward.”

The VA Accountability First and Appeals Modernization Act, with amendments, passed by a 310-116 vote.

House Democrats, led by Rep. Mark Takano, D-Calif, ranking member of the House Committee on Veterans’ Affairs, proposed some of the bill’s amendments just before it was passed Wednesday. Many of the additions were aimed at different kinds of VA reform, including language seeking to improve the VA’s ability to recruit physicians.

Before the vote, Takano, who ended up voting against the bill, thanked Miller for working to get some form of veterans legislation through the House. But Takano said he and Miller were “at odds on the underlying bill.”

Instead, Takano and other Democrats voiced support during debate for a competing bill stalled in the Senate, the Veterans First Act. The Senate bill contains dozens of VA reforms, some of which Democrats attempted to get added to Miller’s bill.

One amendment passed Wednesday orders the VA to annually survey veterans about their experiences receiving agency health care. Another amendment requires the VA secretary to review whistleblower complaints on a quarterly basis.

Support was widespread to restructure the process used by veterans to appeal decisions on their benefits claims. But President Barack Obama's administration, the VA and a federal employee union have made known their concerns about language in the bill to fast-track discipline against VA employees, particularly executives, for misconduct or poor performance.

The Obama administration issued a statement earlier this week, saying that part of the bill would strip VA employees of their rights, raising questions about its constitutionality.

“The administration believes that the approach to accountability in the legislation – focused primarily on firing or demoting employees without appropriate or meaningful procedural protections – is misguided and burdensome,” the statement reads.

Rep. Ann. McLane Kuster, D-N.H., proposed an amendment to alter the bill in an effort to quash questions about its constitutionality. It failed.

More so, the American Legion organized a call to action earlier Wednesday in support of reforming the disability appeals process, though the organization didn’t advocate for one bill over the other. At the gathering, a handful of lawmakers stressed the current process was “outdated,” “over-complicated” and “broken.”

According to the latest data from the VA, more than 450,000 appeals are pending, and veterans are waiting an average of three years to hear a decision.

If the process were to remain unchanged, the number of pending claims would jump to 2.17 million by 2027, the VA estimated. At that time, veterans would wait an average of 10 years to hear a decision on their appeals, said Rep. Dina Titus, D-Nev.

“As VA continues to make progress aimed at ensuring that the best interests of veterans are the center of its focus, reforming the current appeals reform is yet another strong step in this direction,” the VA said in a statement earlier this week.

Many of the lawmakers who attended the news conference said their staffs answered calls every day from veterans who were experiencing long delays, some lasting years, awaiting a final decision on their appeals.

Only one lawmaker at the gathering – Rep. Ryan Zinke, R-Mont. – commented on the part of Miller’s bill to streamline disciplinary action against VA employees.

“As a commander, you have to hold your people accountable,” he said.

It’s uncertain whether the bill will gain support in the Senate.

One of the senators at the American Legion news conference was Sen. Richard Blumenthal, D-Conn., the ranking member of the Senate Committee on Veterans’ Affairs. He issued support for a separate bill that he and nine other senators introduced in the Senate on Wednesday to modernize the benefits appeals process. The bill, titled the VA Appeals Modernization Act of 2016, does not include a provision to fire VA employees more quickly.

“I want to move forward this bill now because I think we need to move something,” he said.

Other senators, including Sen. Angus King, I-Maine, and Sen. Jon Tester, D-Mon., vowed at the conference to “turn up the heat” and urge other senators to pass appeals modernization legislation.

“We should be able to do this,” King said.

Tester was the only lawmaker at the conference to mention the Veterans First Act. He said he supported that bill and still wanted to see it passed.

“That should already be done,” Tester said of the large veterans reform bill. “Hopefully you guys can help us turn the heat up to get these bills across the finish line in a timely manner.”