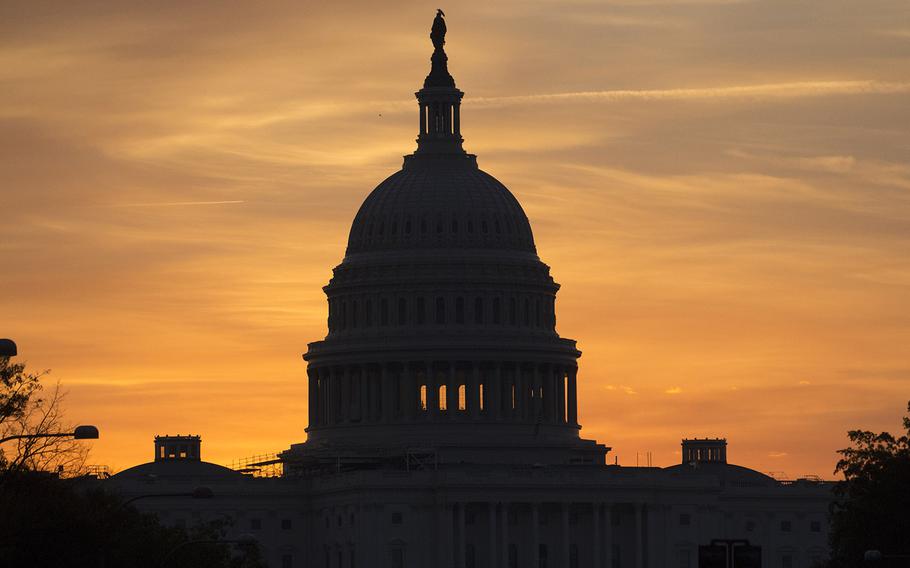 WASHINGTON — The House voted Tuesday to approve a $740.5 billion defense spending bill as the Senate prepares to vote on the same legislation that President Donald Trump has threatened to veto.

House members passed the 2021 National Defense Authorization Act, which sets funding and policy priorities for the Pentagon, by a 335-78 vote, which is enough support to reach the two-thirds majority needed to override a veto.

“Today, the House sent a strong, bipartisan message to the American people: Our service members and our national security are more important than politics," said Rep. Adam Smith, D-Wash., the chairman of the House Armed Services Committee. "The House has proven we are capable of legislating and reaching compromise that results in good policy outcomes."

The Senate is set to vote on the bill in the coming days. The bill would then go to President Donald Trump for him to sign it into law.

However, Trump has made repeated threats to veto the NDAA after Congress declined to cater to his wishes with the legislation. In the summer, Trump threatened to sink the bill over efforts to rename military bases that honor Confederate leaders. The NDAA was passed by the House and Senate with measures to plan for the renaming of several Army bases.

Trump more recently threatened to veto the NDAA over a repeal of legal liability protections for social media companies, which the final NDAA also does not include. Some Republicans backed the idea, though they said it falls out of the jurisdictions of military policy and reining in technology companies should be its own legislation.

"For members considering to vote ‘no’ because of this issue, ask yourself, do you think you'll get a better bill in two months?" said Rep. Don Bacon, R-Neb., a member of the House Armed Services Committee. "The answer is ‘no’."

The defense bill also puts restrictions on Trump’s planned withdrawal of troops from Germany and Afghanistan.

The NDAA authorizes a 3% pay raise for troops and slightly increases hazardous duty pay. It also includes $2.2 billion for the Pentagon to begin a Pacific Deterrence Initiative in an effort to check growing Chinese military power in the Indo-Pacific region.