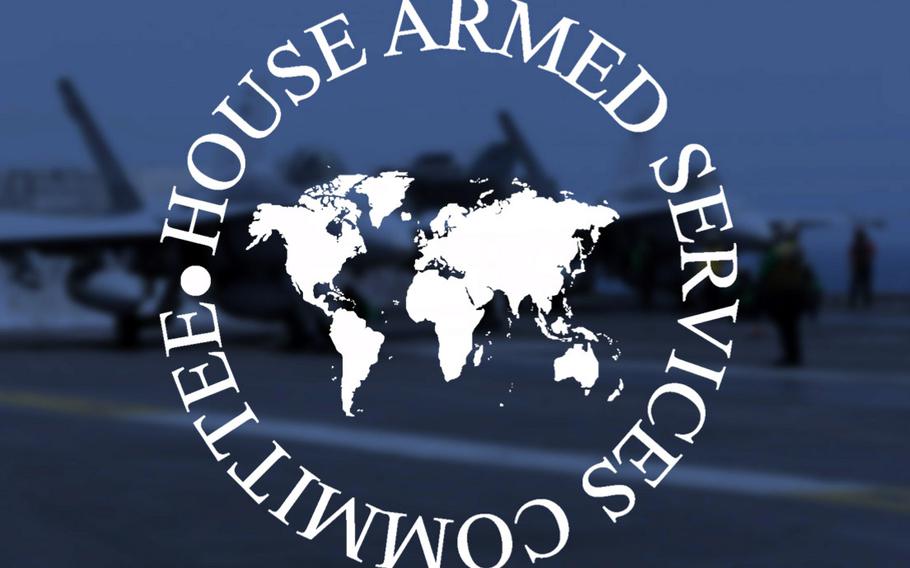 WASHINGTON — A key House subcommittee plans to give U.S. troops a 3% pay boost next year as the lower chamber of Congress drafts portions of its 2021 version of the bill that sets Pentagon policy and spending priorities, congressional staffers said Monday.

The personnel subpanel for the House Armed Services Committee included the pay raise in a draft of its portion of the fiscal year 2021 National Defense Authorization Act unveiled Monday, a day before the group votes on it. The proposed pay increase matches the one requested by the White House and the raise called for the Senate Armed Services Committee’s version of the NDAA, which lawmakers hope to pass by Sept. 30, the last day of fiscal year 2020.

If approved, the pay raise would go into effect in January, marking the second consecutive year of an at least 3% increase for troops, who received a 3.1% boost last year. It would be the first time service members saw a back-to-back 3% pay raise in about a decade.

Other provisions in the House subpanel’s bill markup include measures meant to ease life for troops, protect sexual-assault victims, and help the military resolve diversity issues within its ranks.

The draft would allow the defense secretary to pay a basic needs allowance to certain low-income service members, provide 24-hour child care services at some military installations that require overnight shift work, and require the defense secretary to conduct a study on the performance of on-post schools run by Department of Defense Education Activity.

The bill would require the establishment of a new task force with military and civilian personnel to study domestic violence, which a committee aide on Monday described as increasing recently in the civilian and military realms.

The bill would also include a so-called “safe to report” policy, which would protect sexual-assault victims from facing punishment over minor misconduct, which experts have said often stops them from pursuing cases against their abusers. The language does not define what misconduct would be included in the provision, leaving that decision to the defense secretary. In past attempts to include such measures in legislation, lawmakers have defined such infractions as things such as underage drinking or breaking curfew. The Senate Armed Services Committee did not include a “safe to report” measure in its version of the bill, drawing scrutiny from several Democratic members of the committee.

The House Armed Services Committee subpanel’s draft would also include new measures meant to help the Pentagon fight extremism in its ranks, including a requirement the Defense Department track investigations into supremacist, extremist and criminal-gang activity in its ranks and submit an annual report on those issues to Congress.

The draft of the bill would require the defense secretary to submit an annual report summarizing the gender and race makeup of officers recommended for promotion to 0-4 — lieutenant commander in the Navy and major in the other services — and all higher ranks. Defense officials have acknowledged recently that systemic issues for minorities exist within its ranks. Among them, black officers are promoted to the 0-3 level at about the same frequency as their white comrades, but significantly fewer African Americans achieve 0-4 or higher.

The House personnel subcommittee draft would also require the Pentagon to submit to Congress a detailed report on Space Force’s overall structure. Lawmakers want to know precisely how many troops are to fill out the new service, including how many in each rank and the jobs they will perform.

The subpanel is expected to approve its draft in a hearing Tuesday afternoon. The measures will then be considered by the full House Armed Services Committee next week. The NDAA must be passed and signed into law by Sept. 30 to provide the Pentagon an on-time annual budget. The bill last year was not signed into law until December as lawmakers quarreled over the inclusion of funding for President Donald Trump’s wall on the U.S.-Mexico border.