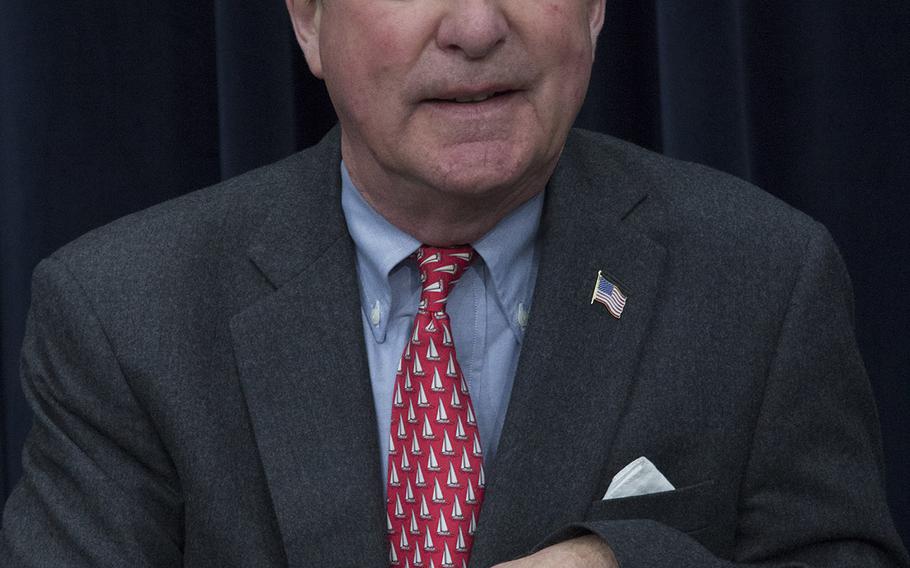 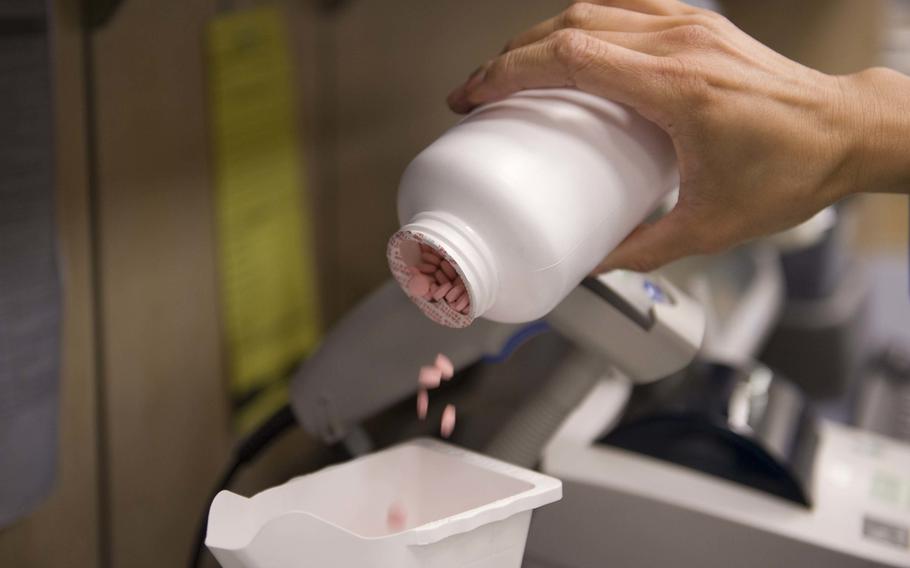 Medicine is poured into a measuring cup at the satellite pharmacy on Nellis Air Force Base, Nev., April 17, 2015. (Rachel Loftis/U.S. Air Force)

WASHINGTON — A House panel said Wednesday that the Defense Department can shift $886 million to the military health care system, a first step toward ensuring it does not run out of money this month for costly prescription drugs and outside treatment for troops, families and retirees.

The House Appropriations committee agreed to the move after the DOD warned it could “run the real risk of exhausting funds needed to pay private sector care costs in late July 2015.” But the money crunch is still far from resolved – the DOD budget transfer must be approved by three other committees on Capitol Hill, which have yet to decide with just days until a month-long August recess.

Ballooning prescription drug costs have burdened the defense budget for years and have carved out an unexpected $2 billion hole this year for the Defense Health Program, which includes Tricare health insurance, worldwide on-base medical and dental services to active-duty troops and other personnel, and off-base purchased care.

“The committee was informed earlier this year of significant shortfalls in the accounts the Department of Defense uses to cover outside treatment for troops and dependents,” Rep. Rodney Frelinghuysen, R-N.J., chairman of the House Appropriations defense subcommittee, wrote in a statement to Stars and Stripes. “Today, I approved over $800 million to erase those shortfalls and keep the program operating for our service personnel and their dependents.”

The department said it had been able to cover much of the $2 billion shortfall but needed the approval of Congress to fill the remainder.

Following the House panel decision Wednesday, Leaders of a Senate Appropriations defense subcommittee and both armed services committees in Congress must approve it.

The chairman of the Senate subcommittee, Sen. Thad Cochran, R-Miss., has received the DOD request and was reviewing it Wednesday, spokesman Chris Gallegos said.

“The subcommittee expects to make a decision on the request before the August recess,” Gallegos wrote in an email. Lawmakers typically leave Capitol Hill and return to their districts for most of the month.

The House and Senate armed services committees declined to comment on the request. Staff said the Pentagon had provided no specific date on when money would run out or what the specific effects might be.

The Pentagon on Wednesday also declined to elaborate on how the shortfall could affect its health care system, but provided statistics on the surging price of drugs. Prescriptions for compound drugs – those mixed specially for individual patients – increased 1,252 percent between 2012 and 2014, according to spokesman Lt. Cmdr. Nate Christensen.

Congress is debating whether to charge higher copays in the coming years for prescription drugs as part of the 2016 National Defense Authorization Act, which sets military priorities and policy. That bill could be finalized in September.

The Senate proposed a schedule of pharmacy copay increases that would raise the average copay for a 30-day generic prescription from $8 to $14 by 2024. But the House has been more reluctant to increase user costs and has proposed a pilot program to study how using a network of preferred retail pharmacies might save money.