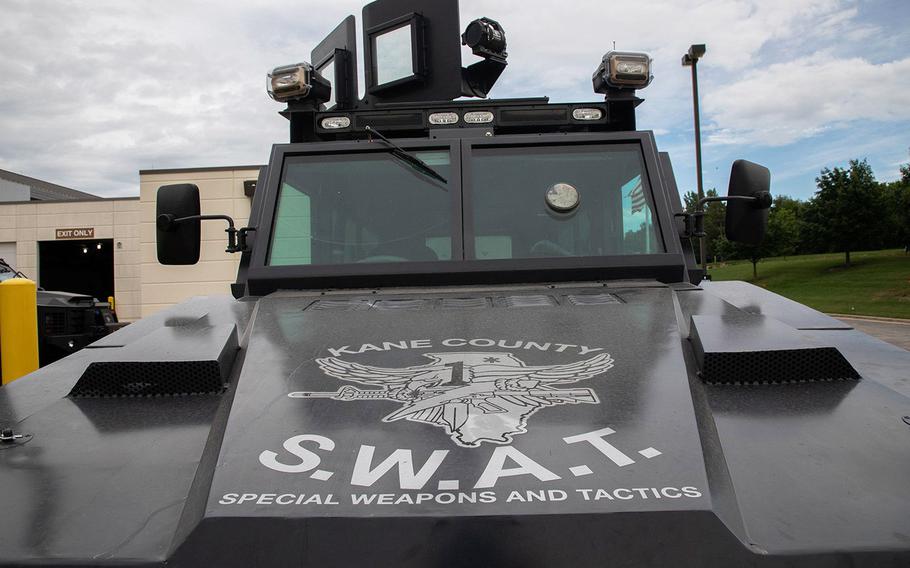 WASHINGTON — House lawmakers on Tuesday reintroduced a bill that would restrict a Pentagon-led program that gives surplus military equipment to law enforcement agencies for free.

The legislation, led by Rep. Hank Johnson, D-Ga., and backed by more than 70 House Democrats aims to prevent military weapons and other equipment such as grenades, grenade launchers and armored military vehicles from being provided to local police forces.

“Our neighborhoods need to be protected, but Americans and our Founding Fathers opposed blurring the line between police and the military,” Johnson said in a statement. “Before another town is transformed into a warzone with gifts of grenade launchers and high-caliber rifles, we must rein in this program.”

Protests that erupted across the country during the summer months in the wake of George Floyd’s murder sparked debates on police use of military-style vehicles designed for battlefields.

The bill would reimpose limits that were lifted in 2017 by former President Donald Trump’s administration on the “1033 program” that is run through the Defense Logistics Agency’s Law Enforcement Support Office.

Through the 1033 program -- dubbed after the section of the National Defense Authorization Act that authorizes it -- the Defense Department has transferred $7.4 billion in surplus military equipment to police in nearly all 50 states.

The Defense Department property, often from overseas warzones, has been shipped to more than 8,000 federal, state and local law enforcement agencies for about 20 years, according to the DLA.

The legislation would require the Pentagon provides certifications to account for all military weapons and equipment transfers.

The provision is designed to ensure that recipients cannot “gift out” any of the equipment, after the Defense Department discovered in 2012 that a local sheriff had given away excess Army Humvees and other supplies.

A provision in the fiscal year 2021 NDAA, which sets annual spending and policy priorities for the Pentagon, limited the program by banning the transfer of bayonets, grenades, weaponized tracked combat vehicles, and weaponized drones. But the legislation from House members goes further to include a longer list of weapons.

More than 50 organizations endorsed the bill, including the Project On Government Oversight, a nonpartisan watchdog organization, and the American Federation of Teachers, the second largest teacher’s union in the United States.