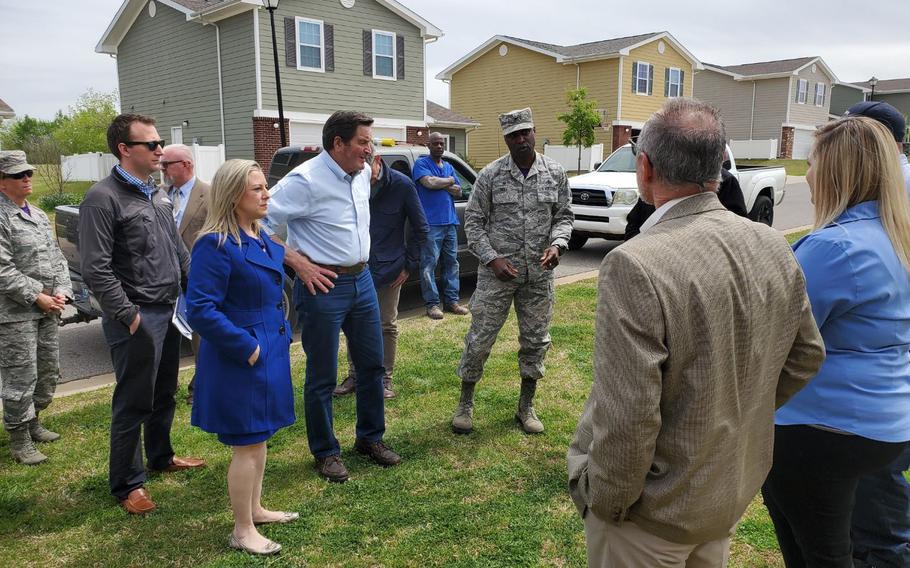 “Military families have experienced unsafe and unhealthy housing conditions at privatized on-base [homes] in Oklahoma and nationwide,” Horn said. “This blatant disregard for service members and families who have put everything on the line for our country is unconscionable.”

Horn, whose district includes Tinker Air Force Base, said in a statement that the bill is part of an ongoing fight to secure safe housing for military families across the country. Nearly two years ago, news reports made public what military families had known for years – that base housing exposed families to a variety of hazardous conditions such as lead paint, asbestos, rodent and insect infestations, and toxic levels of mold caused by poor maintenance and preventive measures.

The crisis spurred an intervention by Congress, which helped push forward a tenant bill of rights, among other reforms. But a recent Defense Department inspector general report found more improvement still was needed.

Horn said she was proud to support the tenant bill of rights, which went into effect in May but included only 15 of the 18 rights required by Congress. The Military HOMES Act is the next step in “providing additional protections for service members and increasing transparency in military housing,” she said.

Waltz co-authored the tenant bill of rights legislation that passed as part of the 2020 National Defense Authorization Act, which sets policy and annual funding for the Defense Department. Horn’s office said they are working to pass the bill outright and also add its measures to the 2021 NDAA.

“Our service members have risked everything to protect our nation and preserve our freedoms,” Waltz said in a statement. “They should not have to worry about the health and welfare of their families while performing their duty in the service of our country.”

Many of the measures in the Military HOMES Act address challenges military families continue to face with base housing.

The IG report stated while there has been progress made to improve military housing, there is still work to be done in areas including mold remediation, streamlining policies and procedures, and completing preventive repairs.

The subject of reimbursement for personal property damaged or destroyed by mold has come up in lawsuits filed by military families against the private companies that manage housing on bases across the country. At least seven suits are pending in federal courts in Texas, Florida, California and Maryland.