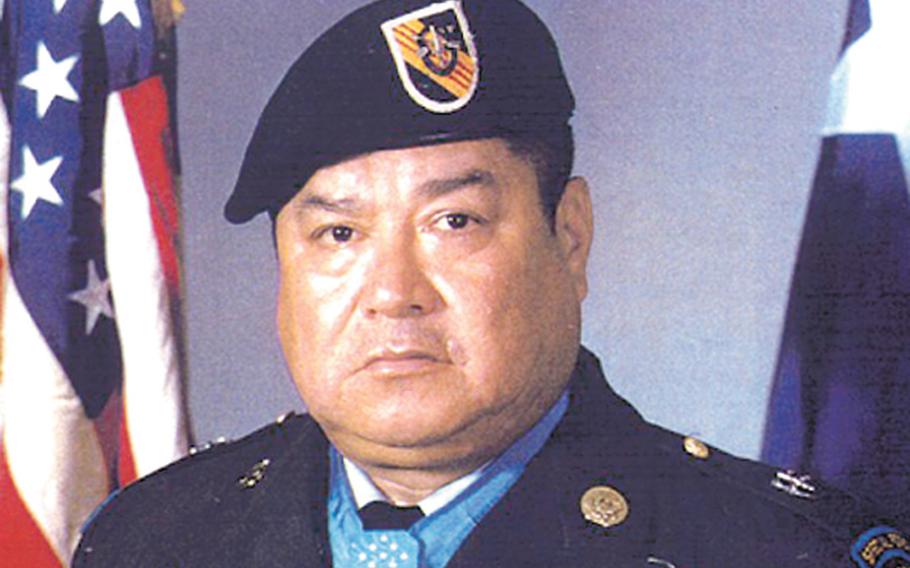 AUSTIN, Texas — A group of Texas veterans believe it’s time for the military to start honoring its contemporary heroes. And they’d like to start by renaming Fort Hood after a Vietnam War Medal of Honor recipient.

At its national meeting in July, the League of United Latin American Citizens, or LULAC, approved a resolution brought forward by a council of Texas veterans to call on the secretary of the Army to rename Fort Hood as Fort Benavidez, in honor of former Special Forces Master Sgt. Roy Benavidez.

“It’s an attempt to get the conversation going about how can we reward some of the more contemporary heroes of World War II, Korea, Vietnam, and then Afghanistan and Iraq,” said Jorge Haynes, an Air Force veteran who brought the resolution forward in the LULAC 777 Veterans Council in Texas. They then brought it before the national organization. As America’s largest and oldest Hispanic group, LULAC advances the economic condition, education opportunities, political influence and civil rights of Hispanic Americans.

Benavidez, a native Texan who died at 63 in 1998, received the Medal of Honor for his actions May 2, 1968, in South Vietnam. On that day he went into a dense jungle area west of Loc Ninh to rescue a 12-man Special Forces team. He loaded eight wounded men onto a helicopter, and then did so again when the first was shot down — all while under enemy fire and sustaining multiple gunshot wounds himself.

Benavidez, who also received five Purple Heart medals, always said he was just a “regular guy,” not a hero, said Haynes, who met him several times and believes he would be proud to have an Army base named in his honor. A Texas elementary school and highway already bear his name.

The resolution will go to the secretary of the Army then to the appropriate committees in Congress.

“We’ll take it from there and see where it goes,” Haynes said.

It comes at a time of ongoing debate about removing monuments and names of assets that honor veterans of the Confederate army. Fort Hood, in Killeen, Texas, is named to honor John Bell Hood, a Confederate general who never made Texas his home, though he did command the “Texas Brigade” during the Civil War.

The House of Representatives added an amendment to the National Defense Authorization Act of fiscal year 2020 that would block the Defense Department from naming any assets after Confederate symbols. It does not call for the renaming of any assets bearing these names. The legislation is pending final passage.

Aside from Benavidez, Haynes said there are many other veterans that deserve this level of recognition, such as members of the Tuskegee Airmen, a World War II aviation unit comprised of African Americans, and of the 442nd Infantry Regiment, a World War II unit of Japanese Americans that went on to become the most decorated in military history for its size and length of service.

“There’s so many others,” he said. “In every state, you can go find three or four incredible heroes.”