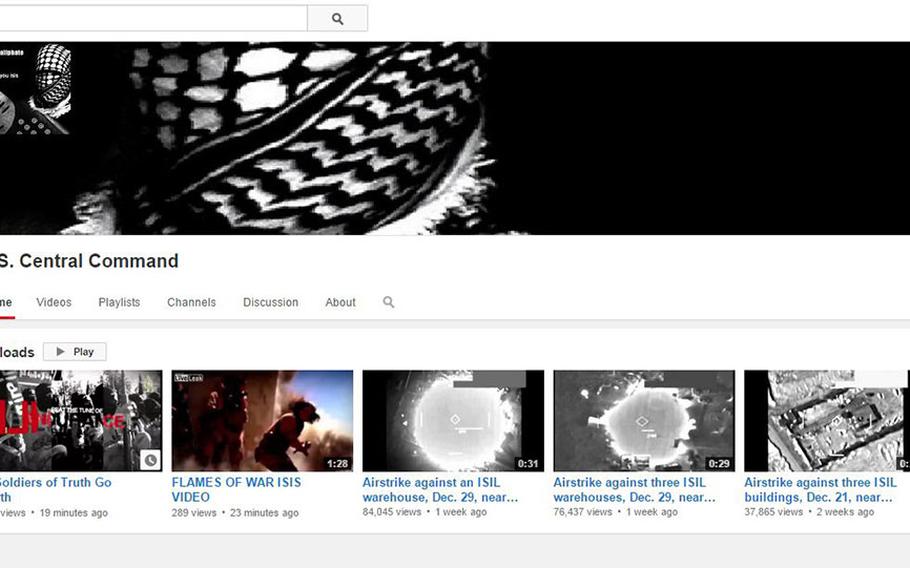 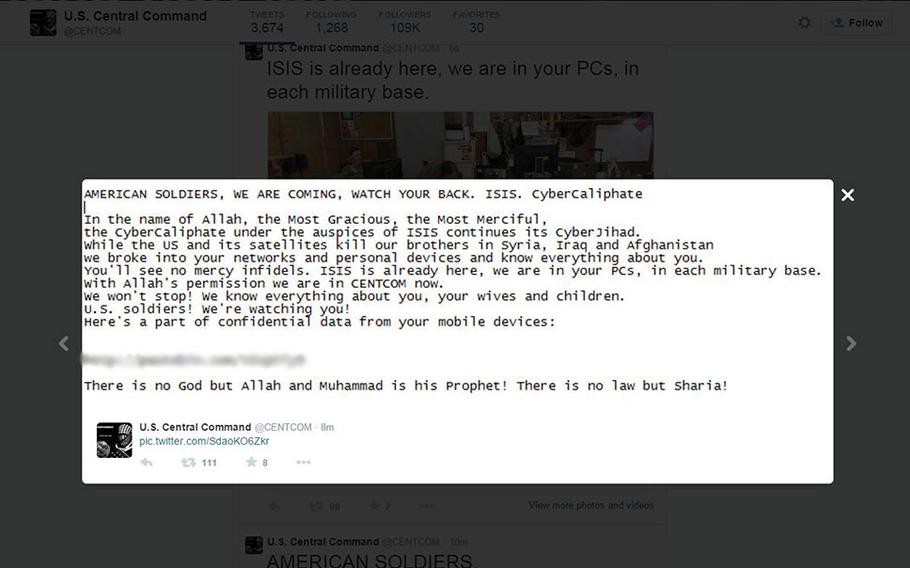 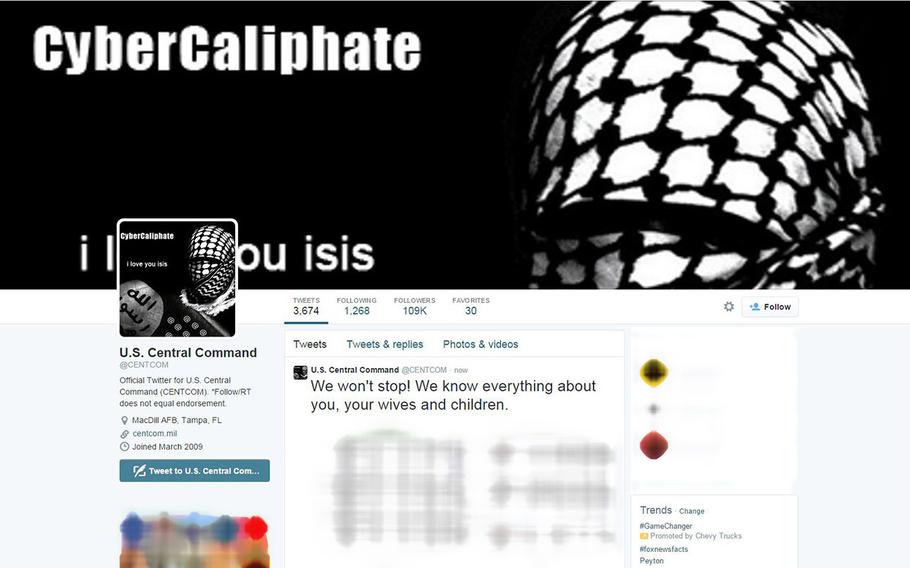 The postings lasted about 30 minutes and included what appeared to be a contact roster for U.S. Army Forces Command at Fort Bragg, N.C., and other commands, the cell phone numbers and home addresses of some retired generals, and maps of North Korea and China. Stars and Stripes could not immediately verify if the documents were authentic.

When contacted Monday, a CENTCOM spokeswoman said the command was still gathering information on the hacks.

“We can confirm that the CENTCOM Twitter and YouTube accounts were compromised earlier today,” the command said in a released statement. “We are taking appropriate measures to address the matter. We have no further information to provide at this time.

There’s “no evidence that any DOD system, any DOD computer, any DOD network has been compromised or breached,” Pentagon spokesman Col. Steve Warren said late Monday.

DOD Social Media Activity is in contact with Twitter and YouTube officials to make sure the DOD social media accounts are “up to snuff,” Warren said without elaborating

Warren said it was “too soon” to say who was responsible, but that there were no indications of other hacking activity against DOD.

“This is little more in our view than a cyber prank. It’s an annoyance … [but] it in no way compromises our operations.”

“We broke into your networks and personal devices and know everything about you,” said one message posted to the Twitter account. “You’ll see no mercy, infidels. ISIS is already here, we are in your PCs, in each military base.”

The message said the Islamic State is waging a “cyber jihad” through a “cyber Caliphate,” referring to the group’s stated goal of creating its own global fundamentalist Muslim state beginning in Iraq and Syria.

“We won’t stop! We know everything about you, your wives and children,” the posted threat continued. “U.S. soldiers! We’re watching you!”

Subsequent tweets also claimed that the Pentagon’s computer networks had been hacked. An uncaptioned photo posted to the Twitter account showed what appeared to be the interior of a military office with desks and two soldiers, one with a goat.

Stars and Stripes reporter Jon Harper contributed to this story.