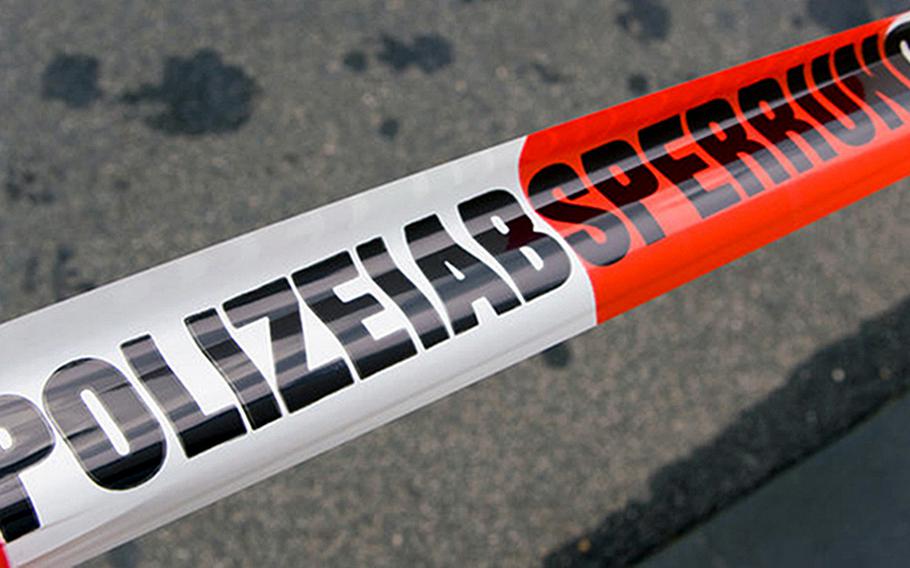 The German police is asking for help identifying a woman that was found dead Dec. 14, 2020, near the mall in Kaiserslautern. (Westpfalz police department )

Note: Graphic image at the end of the story.

KAISERSLAUTERN, Germany — The police in Kaiserslautern are asking Americans who live and work in the area for help identifying a woman who was found dead near the K-in-Lautern shopping mall, who they believe was the victim of a crime.

The woman's body was found Monday evening, lying just off Stauboernchenstrasse about 600 feet south of the mall, by several witnesses, one of whom called the police at about 9 p.m.

An autopsy conducted Tuesday showed that she was a homicide victim, the police report said. Details about the autopsy’s findings were not available while the investigation into her death is ongoing, the report said.

“We do not know the identity yet,” police spokesman Michael Hummel told Stars and Stripes.

“We would like to ask the Americans for help” identifying the woman, he said, adding that, although there was nothing to indicate what the woman’s origins were, she “could be American” or be known to someone in Kaiserslautern's sizeable U.S. military community, which numbers in the tens of thousands.

The woman was 5 feet, 4 inches tall and weighed 139 pounds, the police report said. She had brown eyes, curly, shoulder-length, dark brown hair and a tattoo of flowers on her lower left leg.

She was wearing a black, long-sleeve shirt, a white winter jacket and red Puma sweatpants with a white stripe down the side when she was found, the police said.

Anyone who thinks they knew the woman or saw suspicious activity in the area near the mall where her body was found is asked to call the Kaiserslautern criminal police at 0631 369 2620.

NOTE: If you are using a mobile device, you may not see the photo here. If you do wish to view this image, which is graphic in nature, you can do so here.