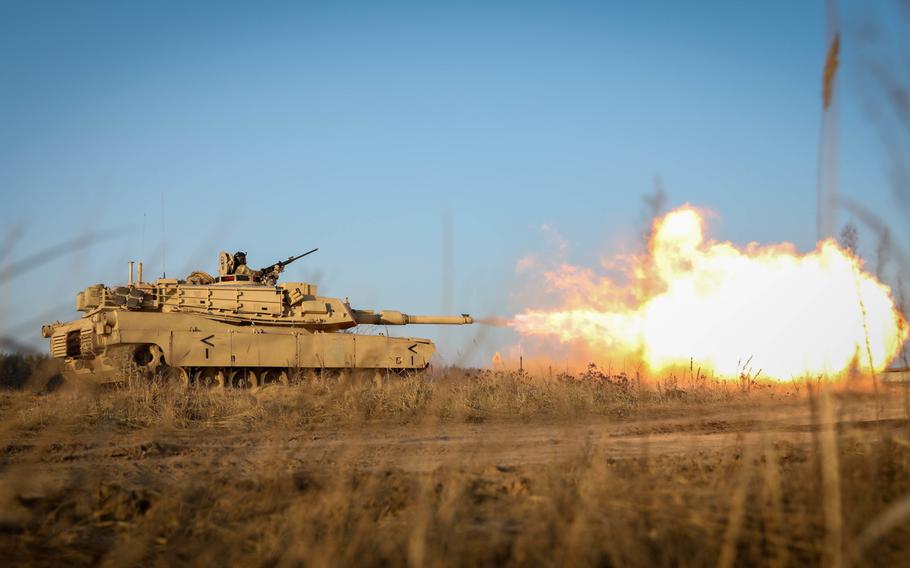 An M1 Abrams tank fires its main gun during a live fire exercise at Pabrade Training Area, Lithuania, Dec. 10, 2020. The Army has awarded a $4.6 billion contract to contractor General Dynamics Land Systems for a modernized version of the tank to be produced through 2028. (319th Mobile Public Affairs Detachment)

An M1 Abrams tank fires its main gun during a live fire exercise at Pabrade Training Area, Lithuania, Dec. 10, 2020. The Army has awarded a $4.6 billion contract to contractor General Dynamics Land Systems for a modernized version of the tank to be produced through 2028. (319th Mobile Public Affairs Detachment) 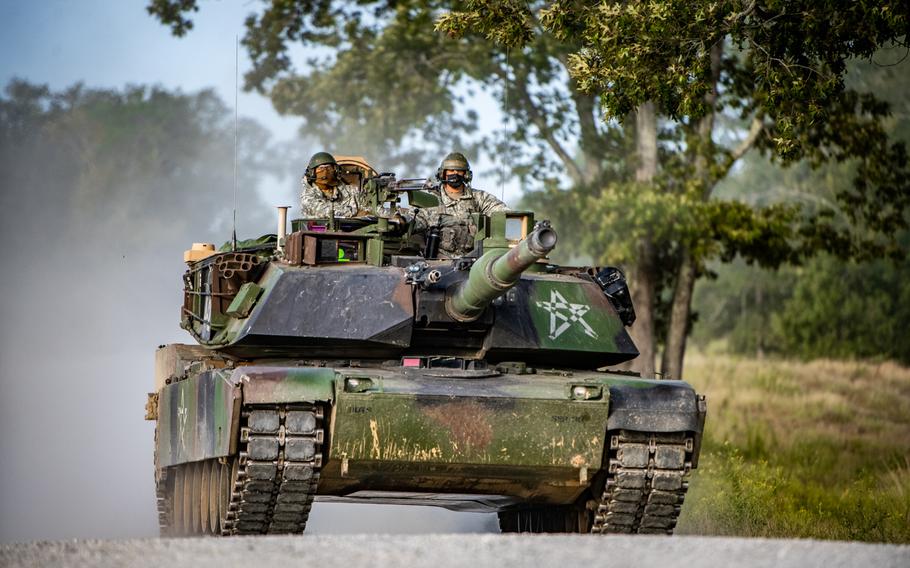 The Army wants to field more upgraded M1 Abrams tanks and will spend $4.6 billion to get the most modernized version of them to troops over the next eight years.

The service announced that General Dynamics Land Systems has been awarded the contract for the improved tank, which entered service in its first variant four decades ago.

The Abrams M1A2 SEPV3, described as the most reliable of the Abrams family, is a version of the current SEPV2 production model with significant improvements in the areas of survivability, maintainability, and network capability, General Dynamics said.

Since 2017, the company has already delivered several batches of tanks upgraded to the new standard. In July, the 3rd Armored Brigade Combat Team, 1st Cavalry Division out of Fort Hood, Texas was the first unit to field them.

Putting the battle tank into operation served as a milestone for the Army as it moves to counter potential adversaries such as Russia and China.

“This is the first time we have fielded a new tank in about 16 years,” Lt. Col. Nicholas C. Sinclair, a 3rd Brigade battalion commander, said in an Army statement in July after his unit received the new tank. “We will be the first ones trained on this so it’s really special to us to make sure we’re doing it right.”

A major new feature is the improved 120 mm smoothbore cannon ammunition, whose detonation mode can be set by the gunner before a round is fired.

Its three settings — detonate on impact, with a delay, or with an airburst — mean that a single round can replace those different types of munitions, thus easing the burden on Army logistics.

Other upgrades include a new communications system, which can be fully integrated into the unit’s command and control network, as well as a new auxiliary power unit to improve fuel efficiency.

Only a single bid for the fixed-price-incentive contract was received, the Defense Department said Friday in a contract announcement. It cited June 17, 2028, as the completion date for the order, but did not specify how many new tanks would be delivered.

The near-70-ton M1 Abrams, which many experts consider to be the world’s best main battle tank, has undergone step-by-step modifications since its commission by the U.S. in 1980. More than 10,000 have been delivered since then, and operators include a number of allied countries, including Saudi Arabia, Kuwait, Australia and Egypt.