From Washington to Trump: A look at Inauguration Day 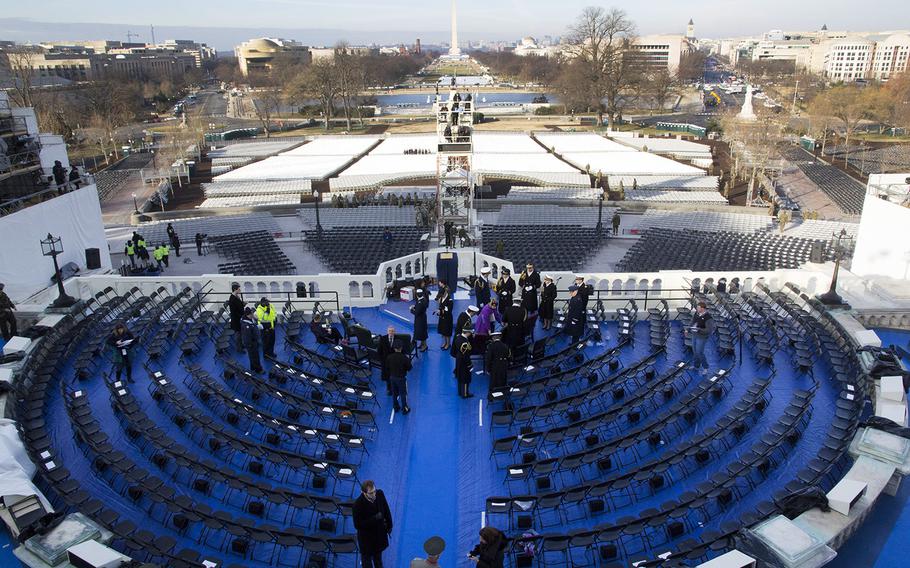 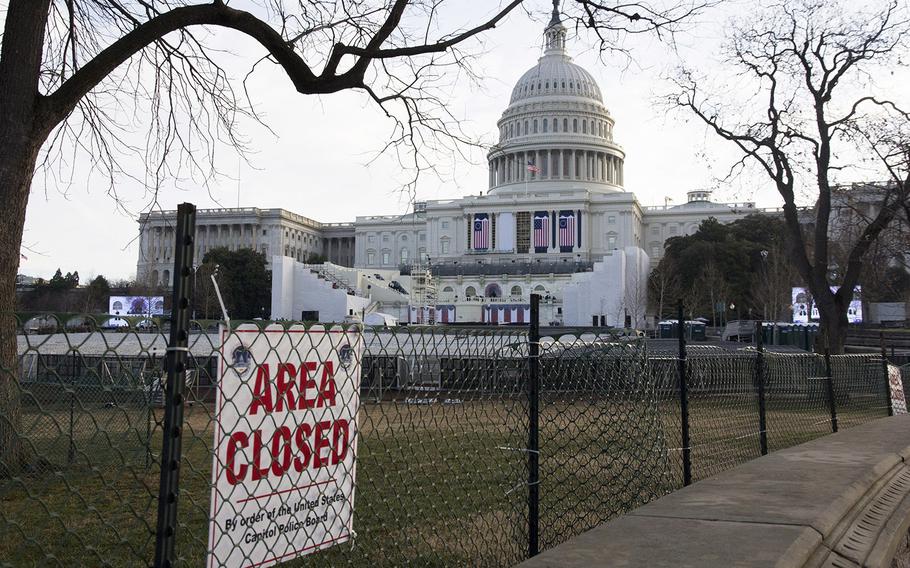 Buy Photo
Security perimeters are already in place on Jan. 15, 2017 in preparation for this week's presidential inauguration. (Joe Gromelski/Stars and Stripes) 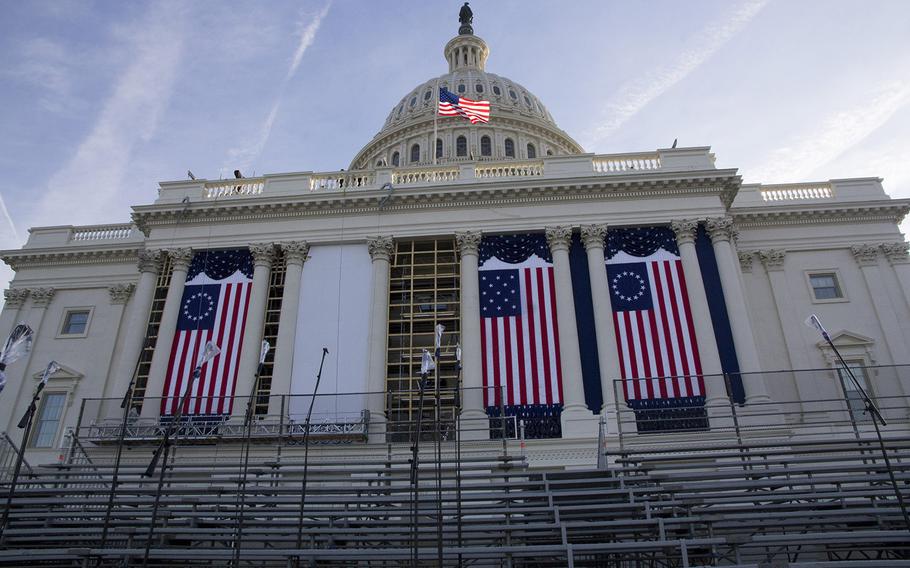 Buy Photo
The U.S. Capitol is readied for this week's inaugural ceremonies. (Joe Gromelski/Stars and Stripes)

Here are some facts about Inauguration Day, the most important date on the American political calendar.

In fact, Inauguration Day used to occur in March. The original version of the Constitution mandated the length of presidential terms but specified no dates for the beginning or the end. When the Constitution was ratified in 1789, the outgoing national Congress, which had governed under the Articles of Confederation, set March 4, 1789, as the start date for the new constitutional government. As a result, Inauguration Day fell in early March. But with elections in November, that often meant a long lame-duck period when the White House changed hands. To shorten the period, the 20th Amendment, which was enacted in 1933, moved Inauguration Day to Jan. 20. If the date falls on a Sunday, the new president takes the oath in private, with a public ceremony the following Monday.

Who wrote the oath?

The Constitution lays down the wording for the oath, in which the new president promises to “preserve, protect and defend the Constitution of the United States.” Tradition says George Washington added the words “so help me God” during his first inauguration. Ever since, presidents have, by tradition, added that phrase — except for Theodore Roosevelt, who ended his oath with the words “and thus I swear.”

Who administers the oath?

The Constitution doesn’t stipulate who administers the oath. Washington was sworn in by a state official in New York City. By tradition, the honor of administering the oath falls to the chief justice of the Supreme Court. Chief Justice John Marshall administered the oath nine times, which is the record. The only woman to administer the oath was U.S. District Judge Sarah Hughes, who swore in Lyndon Johnson aboard Air Force One in Dallas in 1963, after the assassination of President John F. Kennedy.

Who was the first president to take the oath in Washington?

That distinction belongs to Thomas Jefferson, the third president. The seat of government was not moved to the new capital until 1801. Washington took his second oath in Philadelphia, where the second president, John Adams, also assumed office for his single term. When it came time for Jefferson to assume the presidency, Washington was pretty primitive and filled with construction projects. On March 4, 1801 Jefferson and a few aides walked along the muddy streets from his boarding house to the nearby unfinished Capitol building, which consisted of only one wing, took his oath and spoke to dignitaries crowded into a single chamber. He ended the day with dinner back at the boarding house.

Who gave the shortest inaugural address?

That distinction goes to Washington, whose second inaugural address was only 136 words. Franklin D. Roosevelt’s fourth and final inauguration speech ran for only 558 words — the second shortest so far.

William Henry Harrison took nearly two hours to read his 8,445-word speech, delivered outdoors during a snowstorm in 1841. It’s a record that’s likely to stand. Harrison, a tough former general, liked to project an image of physical strength, so he wore no hat, coat or scarf during the lengthy ceremony. He paid for that decision. Harrison caught a cold, which developed into pneumonia. He died April 4, 1841, after serving only 31 days in office.

When do the outgoing and incoming presidents meet on Inauguration Day?

President Andrew Jackson and President-elect Martin Van Buren rode together to the Capitol in the same carriage on Inauguration Day in 1837, establishing a tradition. Since 1877, the incoming president has traveled to the White House for a brief meeting with his predecessor before the two ride together to the ceremony. That show of cooperation, sometimes following bitter and personal election battles, reinforces the notion of a peaceful transfer of power.