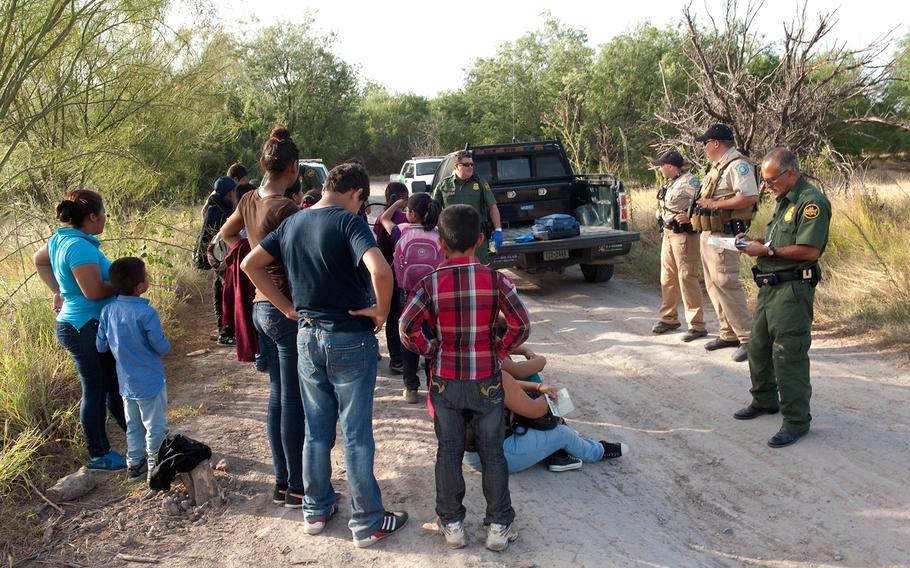 Border Patrol agents process a group of migrants apprehended near the border in this undated photo. (Barry Bahler/Department of Homeland Security)

WASHINGTON — The U.S. Department of Health and Human Services is looking at a Virginia Army installation to house unaccompanied migrant children, the Pentagon confirmed Friday.

Reuters reported Friday that HHS is trying to find more housing solutions for the high number of migrant children entering the country across the U.S.-Mexico border during the coronavirus pandemic. Once the children cross the border and are found by U.S. Border Patrol, they must be transferred to HHS within 72 hours, according to the Reuters report.

The United States has detained nearly 100,000 migrants in February at the southern border, the highest number of arrests for that month since 2006, Reuters reported.

The temporary housing would possibly be military barracks and the children would be under the supervision of HHS, according to Kirby. There is no formal request yet for the children to move to Fort Lee or any other military installations, he said.

Fort Lee is home to a number of military schools and Defense Department agencies, including the quartermaster school and the Defense Commissary Agency.

This would not be the first time that unaccompanied children have been housed at military installations. Between 2012 and 2017, almost 16,000 children were housed at five military bases in Texas, California, Oklahoma, and New Mexico, according to a 2018 Congressional Research Service report.