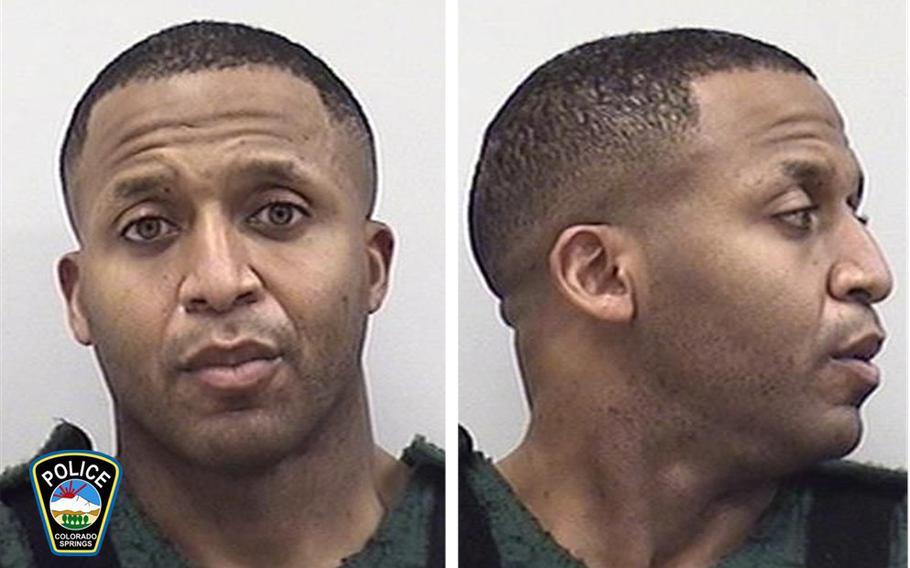 AUSTIN, Texas — A Fort Carson, Colo., soldier was arrested and charged with murder and child abuse after telling police that he shot and killed his wife while their two daughters were inside the home, according to Colorado Springs police.

Sgt. Dermot Andrew Blake, 33, called police at about 12:51 a.m. Saturday to report the shooting inside a home on the 2000 block of Squawbush Ridge Grove. On the call, Blake said he shot his wife, police reported Monday.

When officers arrived, they found 30-year-old Tashianna Blake dead and two children who were not injured. The soldier and the children were taken to the police operations center. The children have since been released to family members, police said.

Blake was charged with murder and two counts of child abuse later in the day and transported to El Paso County Jail, where he was listed Tuesday as an inmate without bond. He is due in court for his first appearance March 3.

A native of Lawrenceville, Ga., Blake has served more than four years in the Army as a communications expert, according to Fort Carson officials.

A Go Fund Me page set up for the Blakes’ children describes the young girls as “incredibly spirited and beautiful.” It has raised more than $3,800 so the girls can “continue to have everything that they may need during this hard time,” according to the fundraiser.

The El Paso County Coroner’s Office completed an autopsy Monday and the investigation into Tashianna Blake’s death is ongoing, police said. Results of Monday’s autopsy and a cause of death were not released.

Police declined to release further information about the case, including whether a weapon was collected from the house.