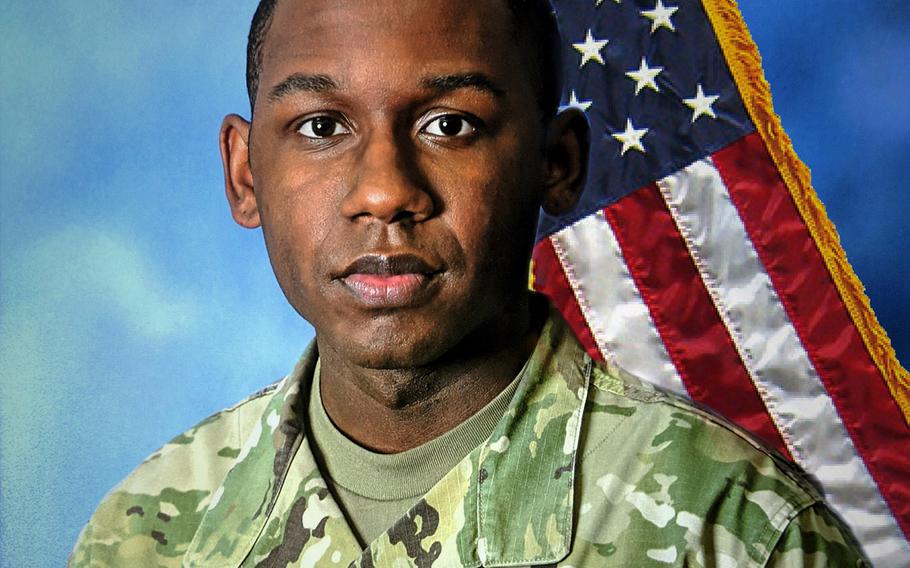 AUSTIN, Texas — An El Paso man has been arrested and charged with murder in the death of an Army officer from Fort Bliss killed in a vehicle accident early Sunday morning, according to El Paso officials.

Capt. Malcolm X. Perry, 27, was driving at about 5:50 a.m. Sunday when 23-year-old Richard Mustapha Sennessie intentionally rammed Perry’s vehicle and left him for dead, according to a news release from El Paso city officials. Sennessie was listed as an inmate at the El Paso Downtown Detention Facility on Wednesday morning with a bond of $1 million. He is charged with murder, according to the release.

Perry was driving a vehicle only described as an Audi near the intersection of John Hayes Street and North Zaragoza Road in east El Paso when Sennessie intentionally crashed his Jeep Wrangler into the Audi and fled the scene, according to city officials. Perry died at the scene and the incident remains under investigation.

Officers from the El Paso Police Department arrived within minutes of the accident, said Sgt. Enrique Carrillo, spokesman for the department. While he could not release further details about the case, he said the investigation found Sennessie’s intent to hit Perry’s vehicle was “evident.”

Sennessie was arrested Tuesday morning with the help of the U.S. Marshal Fugitive Task Force. El Paso police previously arrested him in 2018 for drunken driving and he has served jail time for other traffic violations, according to jail records.

Two weeks prior to Perry’s death, another Fort Bliss soldier, 21-year-old Spc. Samuel D. Birmingham, died in a traffic accident in El Paso. His motorcycle was hit by a driver speeding through a red light on Sept. 30.

Perry, who arrived at Fort Bliss in March, was assigned to the 1st Armored Division and had recently taken command of Bravo Company of the 123rd Brigade Support Battalion, Lt. Col. Gilberto Escobedo, the battalion commander, said in a statement.

“He embodied what we ask of young leaders in today’s Army, and it was my pleasure to serve with him and to experience his devotion to service to his fellow man and his attitude of present leadership. His service to this division, the Army and our nation will not be forgotten,” Escobedo said.