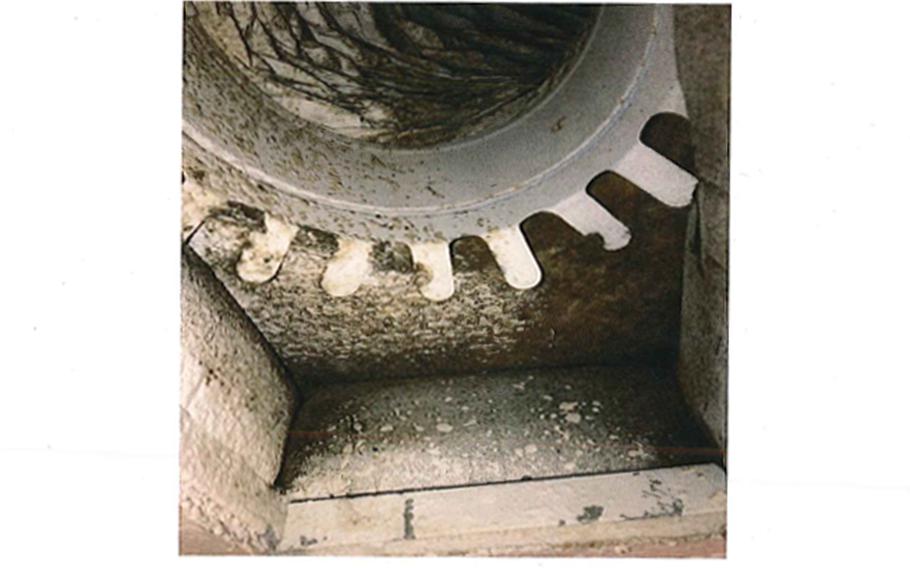 U.S. Air Force Master Sgt. Joshua Lenz and his family were faced with poor living conditions that ranged from mold in air ducts and maggots in the dishwasher upon moving into their military housing unit at MacDill Air Force Base. (Florida Middle District Court)

U.S. Air Force Master Sgt. Joshua Lenz and his family were faced with poor living conditions that ranged from mold in air ducts and maggots in the dishwasher upon moving into their military housing unit at MacDill Air Force Base. (Florida Middle District Court) 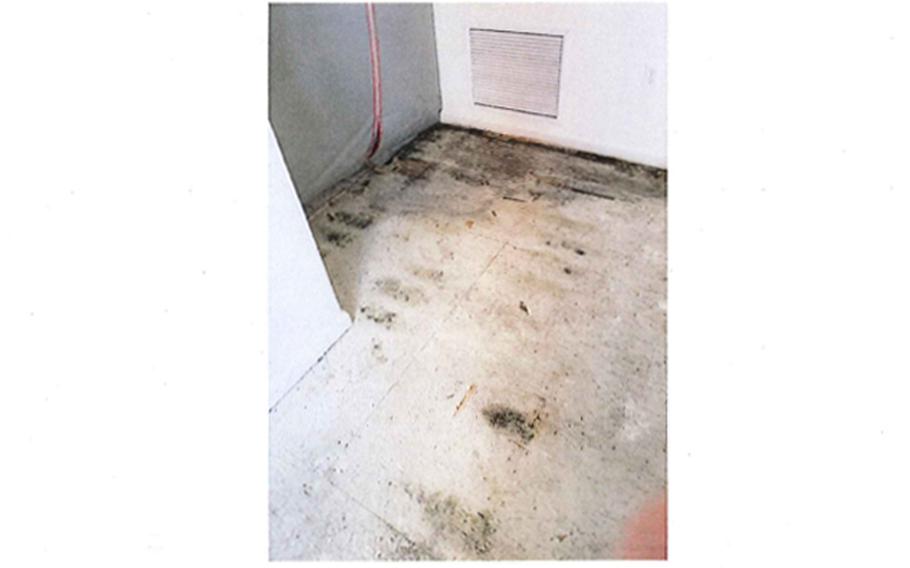 Staff Sgt. Gary Elbon and his family were faced with a leaking HVAC unit that trapped moisture beneath the linoleum flooring in their military housing at MacDill Air Force Base. Despite numerous requests to The Michaels Organization, who was responsible for maintenance, the unit was never repaired, leading to mold growth beneath the family's flooring. (Florida Middle District Court)

Jason Genrich’s 17-year Army career is under threat because of his health. It’s not because of injuries sustained on one of his four deployments — it’s because of mold growing in his military housing at MacDill Air Force Base, Fla.

Genrich, a chief warrant officer 3, and his wife Jenny moved into a house on the base near Tampa in August 2018. Within five months, Genrich visited four specialists for ongoing symptoms including chest pains, mood swings, dizziness and fatigue. For the first time in his military career, he was placed on a medical deferment from physical activity. In February, his neurologist diagnosed him with “sick building syndrome” and started him on a regimen of four daily medications.

His story and those of four other military families are outlined in a lawsuit filed Monday in U.S. District Court for the Middle District of Florida, Tampa Division, claiming the Michaels Organization, the private company responsible for managing the on-base housing at MacDill, knew the houses there had mold problems and did not protect the health and safety of service members and their families. Instead, the company, known locally at MacDill as Harbor Bay, took an incomplete, piecemeal approach to remediating mold problems that was ineffective, according to the suit.

The company’s actions were a breach of contract, a violation of Florida Deceptive and Unfair Trade Practices Act and negligent, according to the lawsuit. Other names for the Michaels Organization listed in the lawsuit include Michaels Management Services, Inc., Interstate Realty Management Company, AMC East Communities and Clark Capital Realty. A representative for the organization said Tuesday they are not commenting on the lawsuit at this time.

The families are seeking damages for economic losses, personal injuries, and associated pain and suffering, said Shanon Carson, an attorney with the Philadelphia-based law firm Berger Montague, which filed the suit in partnership with the Tampa-based Whistleblower Law Firm. It is a class-action lawsuit that could include any current or former residents of the 572 houses at MacDill managed by the Michaels Organization. A meeting scheduled for Dec. 11 near MacDill is open to anyone who thinks they might want to be included the suit.

“The filing of the lawsuit today is the first initial phase of the case,” Carson said. “We are interested in hearing from everyone who’s been affected by the problems at MacDill or other military bases if they also experienced problems with mold and problems resulting with building issues.”

At least three other multifamily lawsuits have been filed in federal courts against private companies that manage military base housing. Similar to the suit at MacDill, each one accuses housing companies of unsafe living conditions that were aggravated by shoddy maintenance work and slow response to repair requests.

For the past year, military family housing has been in the spotlight following an investigation by the Reuters news agency that exposed the toxic conditions within some on-base homes. This week, Congress will hold a second round of hearings about the efforts of the Defense Department and private companies to fix ongoing problems. Defense officials will speak to the Senate Armed Service Committee on Tuesday and private management companies will testify before the House Armed Services Committee on Thursday.

Aside from describing the conditions of each of the five family’s homes and their back-and-forth with Harbor Bay to make their homes livable, the 62-page lawsuit also describes building deficiencies as a systemic problem at MacDill.

“The mold problems at MacDill [Air Force Base] have been evident in many homes that are built on stilts,” according to the lawsuit. “These homes frequently contain a building defect including, without limitation, the lack [of] a proper vapor barrier between the first floor of the home and the outdoors. The air conditioning units for these homes also lack a second line.”

These problems are compounded by a failure to maintain an appropriate preventive maintenance program and a “lackadaisical approach to fixing problems with moisture and mold immediately when they arise,” the lawsuit states.

Along with Genrich, Jason Norquist, an Army Special Forces officer, is also suing the Michaels Organization. Norquist was pulled from a six-month deployment because of unspecified health problems that he claims were caused from living in his on-base home and the family’s transient status after mold remediation forced them out of their home and into a hotel.

Norquist, whose rank was not mentioned in the suit, his wife Amie and their four children moved to MacDill in July 2018. Five months later, the family moved into a rental 45 minutes from base with little more than the clothes on their back and a laundry list of health problems, according to the lawsuit. The couple’s oldest daughter continues to see a therapist because of emotional distress developed by mold exposure. Their youngest daughter was diagnosed with arthritis and lupus that their doctor believes is a result of mold exposure.

“We filed as class action because hundreds of similarly situated families have been affected by these issues,” Carson said. “This is not an individual issue that only affects five homes at MacDill Air Force Base. It affects literally hundreds of homes. These are rental units, so it affects multiple tenants of the same home, because the problems are not being addressed tenant to tenant.”