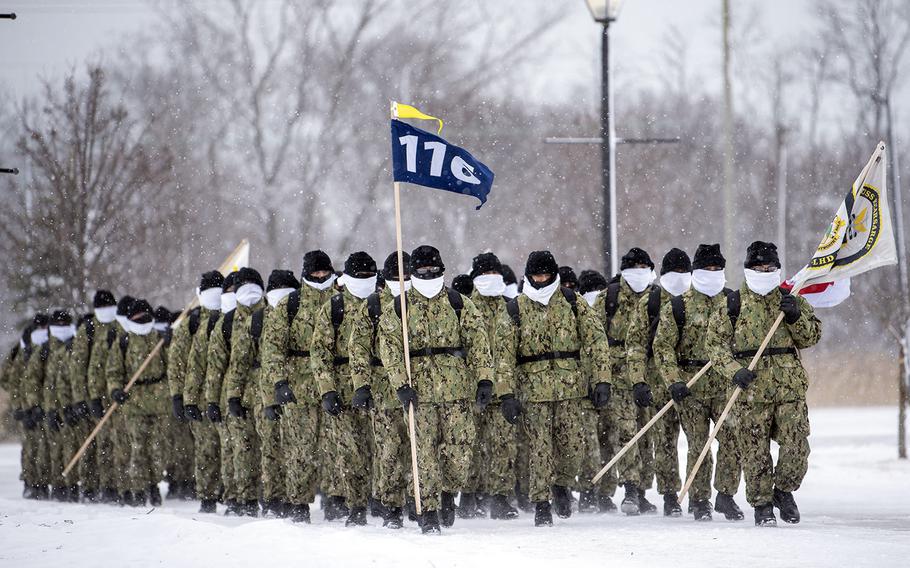 A recruit tested positive Saturday and is being treated at the Captain James A. Lovell Federal Health Care Center in Chicago, the command announced on its official Facebook page.

“Given the positive case this past weekend, and as we conduct thorough contact tracing and further testing, out of an abundance of caution we have rescheduled the shipping of new recruits planned for this week in order to further assess the situation and enhance our mitigation measures,” Cmdr. Dave Hecht, a spokesman for the chief of naval personnel, said in a statement.

People who had been in close contact with the recruit are being notified and areas, including the barracks, are being thoroughly cleaned, according to the social media post.

New recruits have been rescheduled to arrive next week in order to give the command time to do a contact investigation and clean the barracks, according to a Navy official.

Recruit Training Command Great Lakes, the only basic training installation for the Navy, started restricting movement for 14 days on March 26 for incoming recruits prior to beginning their training. The policy requires them to practice social distancing. The recruit who tested positive arrived a week prior to the start of the new policy, according to the Facebook post.

Before arriving at basic training, new recruits are asked health screening questions about the virus and have their body temperatures checked. Most of the active-duty staff and instructors at the command have been moved on to the base for at least 30 days in order to reduce the spread of the virus, Hecht said.