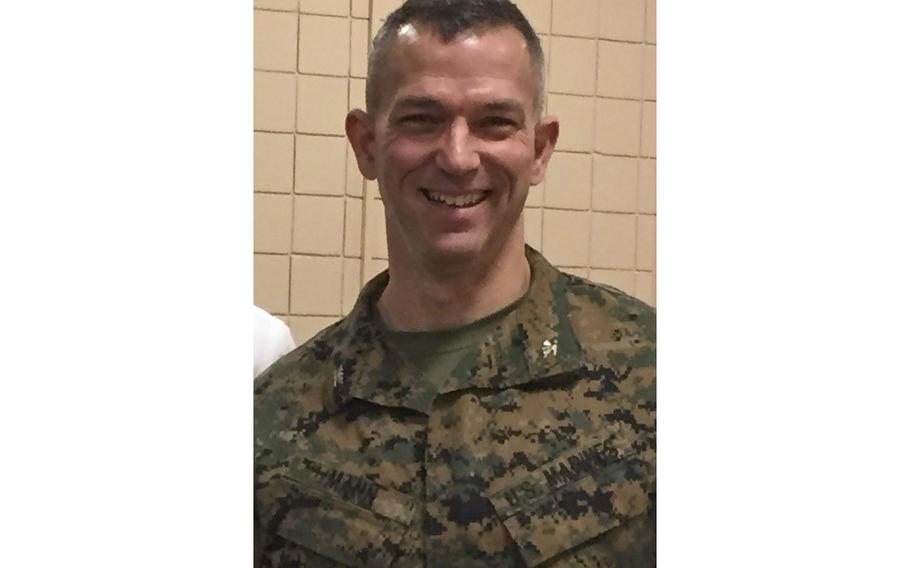 Marine Corps Col. Morgan Mann, the former commander of the 25th Marine Regiment, was removed from his position Oct. 4, 2017. Mann says "there was no explanation." Though his record is now clean, Mann is still fighting to clear up the damage that the public firing did to his reputation. ()

Marine Corps Col. Morgan Mann, the former commander of the 25th Marine Regiment, was removed from his position Oct. 4, 2017. Mann says "there was no explanation." Though his record is now clean, Mann is still fighting to clear up the damage that the public firing did to his reputation. () 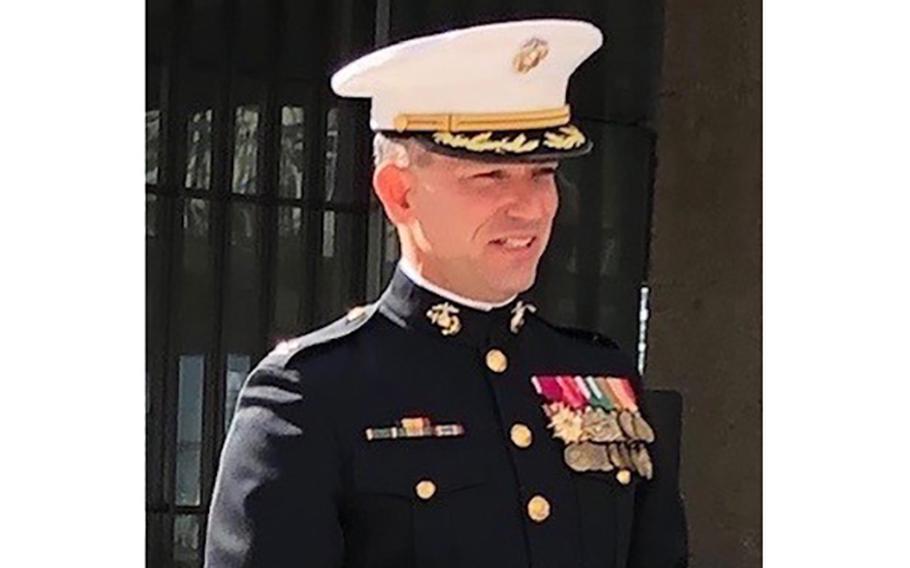 Marine Corps Col. Morgan Mann, the former commander of the 25th Marine Regiment, was removed from his position Oct. 4, 2017. Mann says "there was no explanation." After more than three years of fighting the decision, Mann won his appeal in March 2021. ()

WASHINGTON — Despite having completed three combat tours in Iraq and Afghanistan, the most shocking part of retired Col. Morgan Mann’s 30-year Marine Corps career was the moment it ended – with a single, unexpected phone call.

Mann, the former commander of the 25th Marine Regiment, was removed from his position Oct. 4, 2017. At the time, the Marine Corps said only that his removal was “due to a loss of confidence.”

“I’ve been to combat three times, including as a rifle company commander in a very intense environment, and this was the worst thing that ever happened to me,” Mann said in an interview with Stars and Stripes. “There was no explanation, it was just left out there: ‘You’re fired. Pack your stuff today, and you can just go.’”

After more than three years of fighting the decision, Mann won his appeal this month. The Board of Correction of Naval Records, part of the Department of the Navy, ordered that Mann’s record be expunged of any wrongdoing.

Though his record is now clean, Mann is still fighting to clear up the damage that the public firing did to his reputation.

“All people have to do is Google my name,” Mann said. “In those first articles, there’s no explanation, no nothing – it just lets the reader fill in the blanks of what horrible thing I did. I live with that every single day.”

“I need to set the record straight publicly,” he said.

Navy board expunges recordMann enlisted in the Marine Corps at age 17 in 1987. He worked as a field artilleryman before being commissioned through the Naval Reserve Officer Training Course in 1989. He held numerous command positions and served two tours in Iraq in 2005 and 2007 and a tour in Afghanistan in 2013.

He assumed command of the 25th Marine Regiment in March 2017, becoming responsible for about 4,400 Marines and sailors at 23 sites across 11 states. When he took over, Mann noticed poor morale at the regiment’s headquarters company. He ordered a preliminary inquiry into the unit that April.

The inquiry found an unhealthy company rife with conflict. As a result, the company went through equal opportunity training, as well as counseling about instances of inappropriate behavior and sexually explicit language.

Another investigation was opened into the headquarters company that August after a Marine was prematurely recalled to duty after suffering a miscarriage. According to a report by the Board of Correction of Naval Records, the investigation found that Mann was not involved or made aware of the incident and that the “extremely poor” climate at the unit predated his arrival as commander.

Although the investigators determined that no adverse action be taken against Mann, he was removed from his position by Lt. Gen. Rex McMillan, who at the time commanded the Marine Forces Reserve. Mann never learned why that decision was made.

“I don’t know his thought process on why,” Mann said.

Mann immediately began to fight the decision. In 2018, the Performance Evaluation Review Board decided that the incident did not warrant Mann’s separation from the Marine Corps and that his final, negative fitness report should be removed. Then this month, the Board of Correction of Naval Records ordered his record entirely expunged.

“The Board determined that [Mann] was held to an unreasonable level of accountability given the scope of his duties, limited time in command, dispersion of the unit, and other missions that were assigned,” the board wrote in its report.

The board also said that Mann “took actions to correct the problems with the climate in the command.”

The end of a promising careerMann’s victory before the Board of Correction of Naval Records was bittersweet, he said. The decision to remove him could not truly be undone, and it ended what he expected to be a much longer Marine Corps career.

“It provides some sense of closure, but it’s something that should never have happened in the first place,” Mann said. “I still feel like I have more to give to the Marine Corps and this country.”

In a fitness report dated Sept. 24, 2017 – just 10 days before Mann was fired – McMillan and Maj. Gen. Burke Whiteman wrote that Mann was “one of our finest officers.”

“His performance has been superb,” McMillan wrote. “He is exceptionally smart, quick and well spoken. He is dedicated and driven to ensure the [regiment] Is ready to fight … he is calm and cool under pressure. And presents a rock-solid appearance. Morgan gets the job done.”

Whitman, the former senior reserve office of the Marine Corps, also wrote that during the brief period Mann had led the 25th Regiment, he made “immediate, positive and lasting” changes. Mann was “never content with the status quo” and aggressively sought ways to foster innovation and improve the regiment, Whitman wrote.

“He is fit, energetic, passionate, well-versed in the service’s most important priorities, and joint experience qualified,” he wrote. “Active-duty officers who have served under his command have told me he is the finest leader with whom they have ever served.”

Mann harbors no bad feelings toward the Marine Corps itself – it’s still “so much of who I am,” he said. He wants to find other opportunities for public service, but his removal has affected those chances.

In his current job, Mann speaks to people around the country, and he knows many look him up online and wonder what led to his removal.

“It limits my ability to pursue other avenues of public service,” he said. “Someone doesn’t want a relieved colonel doing this or that, unless I can explain it. This is not only about making it right administratively, but also about clearing my name and reputation and the digital domain that just exists forever.”

In addition to the lasting impacts on his life, Mann thinks his removal has done damage inside the Marine Corps.

“My biggest concern is that they see people getting fired for things like this and think, ‘If I keep my blinders on and do exactly what everyone wants me to do on the super straight and narrow, then I’ll get promoted,’” Mann said. “When really, you can’t lead being afraid. You have to be true to yourself and willing to take risks in doing this job, or you’re not going to serve your Marines and sailors the way they deserve.”