F-35A stealth fighter crashes upon landing at Eglin Air Force Base; pilot is in stable condition 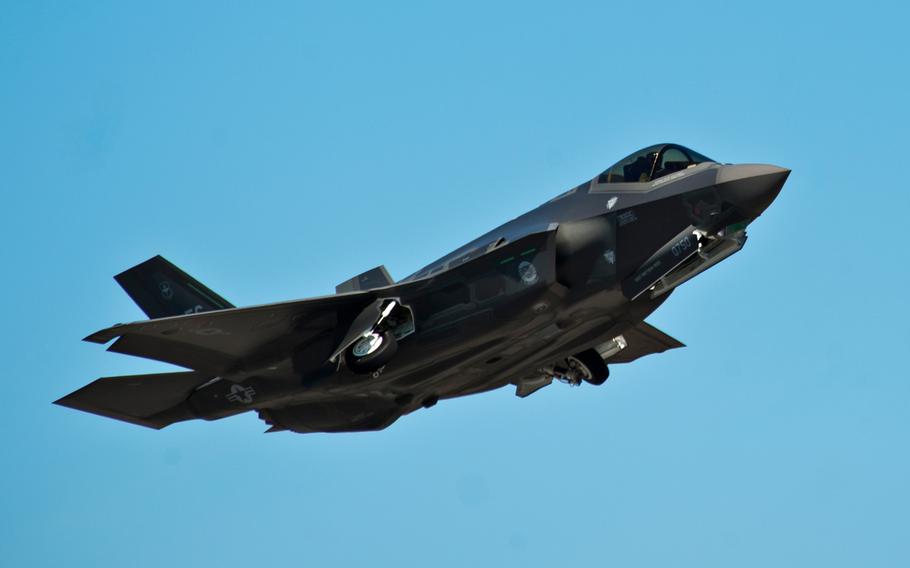 An F-35A Lightning II crashed Tuesday evening while landing at Eglin Air Force Base, Fla., according to a string of messages posted to the base’s official Twitter account.

The accident happened at about 9:30 p.m. during “a routine night training sortie,” one of the messages said. The pilot “successfully ejected” and is in stable condition at the 96th Medical Group.

There was “no loss of life or damage to civilian property,” another message said. The accident is under investigation.

No information was released about damage to the state-of-the-art joint strike fighter, which is assigned to Eglin’s 58th Fighter Squadron. A single F-35A costs about $90 million.

The pilot’s name will not be released at this time, one of the tweets said.

The incident happened less than a week after an Eglin-based F-22 Raptor crashed during a training accident Friday at a range 12 miles northeast of the main base.

That pilot also ejected safely and was in stable condition, base officials said at the time.

Eglin, on the Florida Panhandle, is under the command of the 96th Test Wing, which tests and evaluates Air Force equipment and systems.

Tuesday’s accident marks the second time the A variant of the advanced stealth fighter has crashed. On April 9, 2019, one of the Japan Air Self-Defense Force’s F-35As plunged into the Pacific Ocean about 85 miles east of Misawa Air Base, its home field in northeastern Japan.

The pilot, whose remains were recovered about two months later, likely experienced “spatial disorientation,” the JASDF said at the time.

The first F-35 crash happened on Sept. 28, 2018, when a B variant of the joint strike fighter, which is capable of short takeoffs and vertical landings, went down near Beaufort, S.C. The pilot safely ejected.

That accident was caused by a manufacturing defect in a fuel tube that made the part rupture during flight, resulting in a loss of engine power, according to congressional investigators.