Drop and give me 30: Retired Army officer hands tardy journalist a pushup challenge 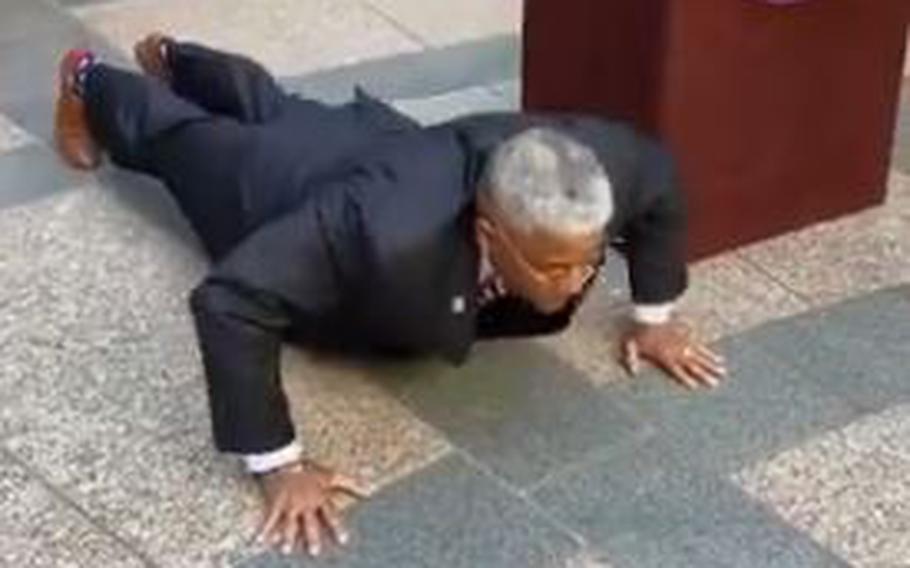 When a reporter showed up late to a Texas Republican Party press conference on Thursday, state party chairman and retired Army Lt. Col. Allen West wanted him to do 30 pushups.

The unnamed tardy journalist respectfully declined, but West, a former Florida congressman, took up his own challenge. NBC News reporter Jane Timm dutifully recorded his exhibition of fitness and strength and posted it to her Twitter account.

Without hesitation, the Twitterverse scored the 60-year-old veteran’s performance, which he quickly carried out beside a lectern while wearing a suit and tie.

“My [Army] drill sergeants would have counted ZERO of those pushups,” wrote Twitter user @teter45013. “He never broke the plane.”

Another tweeter, @LouRrovegno, quipped: “He’s gonna be sorry when 10 reporters are late next time.”

West was removed from command of 2nd Battalion, 20th Field Artillery Regiment, 4th Infantry Division in 2003 after conducting a mock execution on an Iraqi policeman during an interrogation in Taji, Iraq. He admitted during an Article 32 hearing to punching the man in the face and firing a pistol near his head.