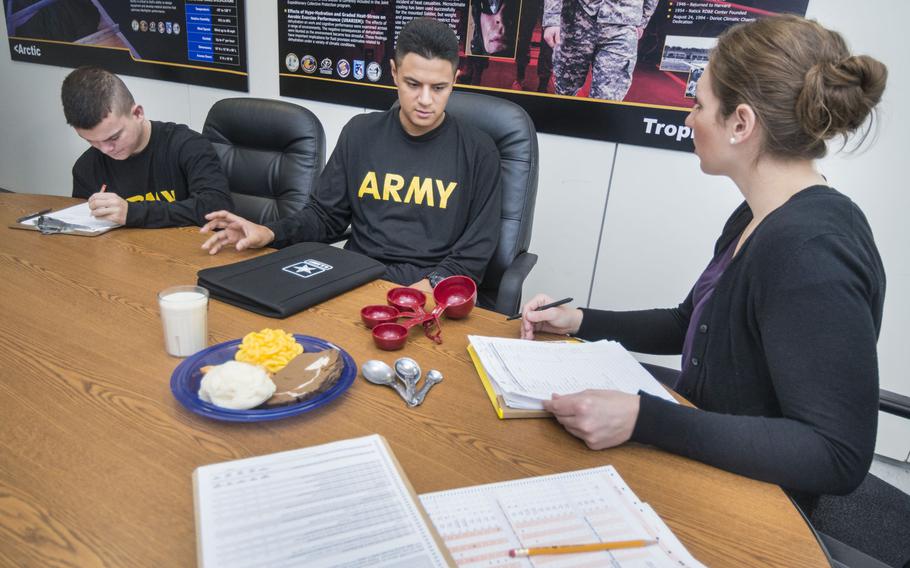 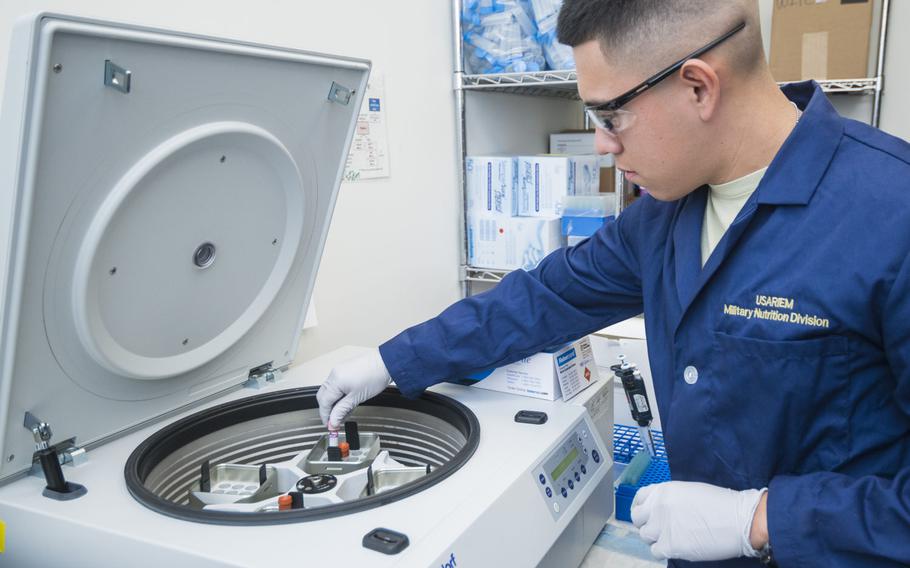 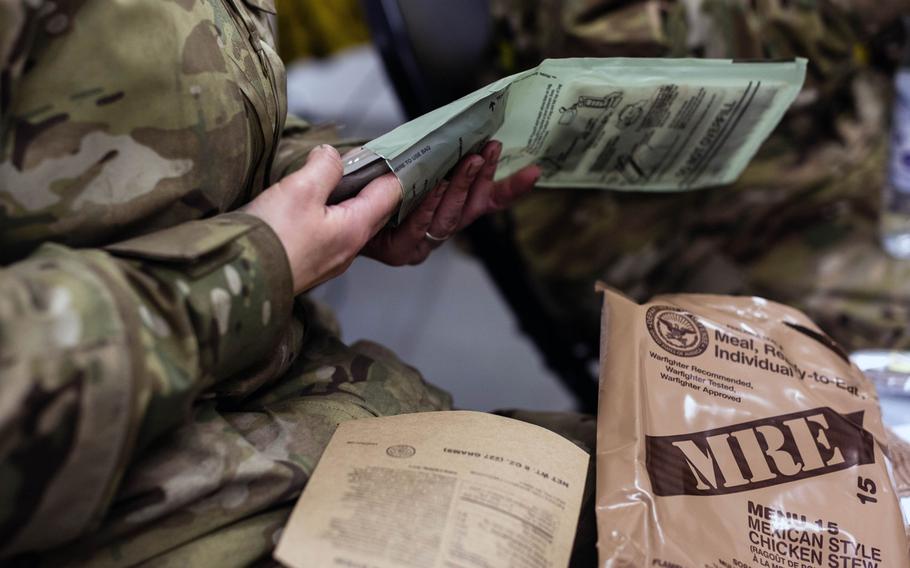 A U.S. airman with the 24th Intelligence Squadron opens his Meal, Ready to Eat while participating in exercise Contested Forge '18 at Grostenquin Air Base, France, in December 2018. (Lauren Parsons/U.S. Air Force) 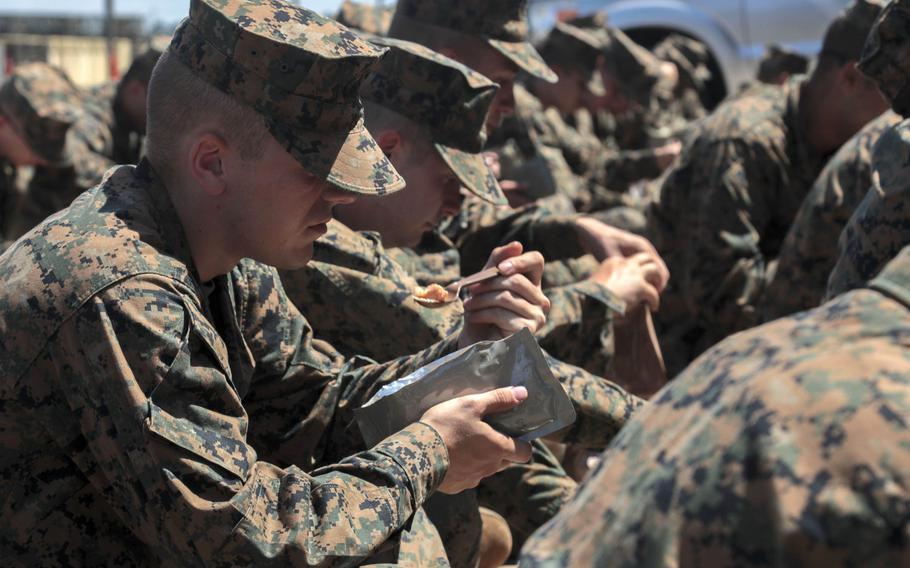 Consuming nothing but Meals, Ready to Eat for three weeks may not be the most appetizing thing to do, but a study by Army scientists has found that it doesn’t harm gut health.

That may come as a surprise to anyone whose stomach has rumbled after eating the highly processed military rations for just one day, let alone 21, which is the maximum time the Army says MREs should be the sole source of subsistence for soldiers.

“It’s not MREs underlying a lot of anecdotal reports of gastrointestinal discomfort,” said J. Philip Karl, a scientist and research dietitian at the U.S. Army Research Institute of Environmental Medicine, and lead author on the study published in this month’s Journal of Nutritional Biochemistry.

Service members usually eat MREs when they’re training or on a mission, in harsh terrain, under stress and possibly overseas, where hygiene might not be at high standards, Karl said in a phone interview. They may also be dehydrated, he said.

The study set out to determine if the rations or the environment cause the digestive issues service members often associate with MREs.

Sixty-four people, mostly men, responded to the Army’s 2015 call for volunteers to eat only MREs. Four dropped out for reasons including gastrointestinal distress and not sticking to the study protocol.

Participants were divided into two groups, one of which ate their usual diet while the other ate nothing but MREs for three weeks. The MRE group could have water and up to three cups of black coffee a day in addition to the rations, but that was it.

The volunteers kept logs, while dieticians monitored their weight and adjusted food intake if they gained or lost weight. Researchers collected blood, urine and stool samples from the volunteers several times during the study and analyzed the samples to determine if MREs were impacting health by causing changes to gut microbiota – bacteria, fungi and viruses that live in the intestines.

Research suggests gut microbiota influence our moods, digestion and immune systems, Karl said. Even a small change can alter how nutrients are absorbed, or inflame the intestinal lining, leading to stomach pain and even chronic diseases, he said.

But Karl and his team of researchers found almost no difference in gut chemistry between those who ate only MREs and those who continued to eat normally.

Those who ate just rations did have one fewer bowel movement per week, the researcher found. The just-MREs group also had lower levels of gut bacteria that have been found in other studies to increase the frequency of defecation.

Many people get those helpful bacteria by eating fermented food, such as yogurts and cheeses, which are not included in MREs.

While MREs contain similar amounts of carbohydrate, fat, protein and fiber as the average American diet, they also need to withstand tough conditions and maintain a three-year shelf life, the Army said in a statement last month. As a result, they contain no fresh foods.