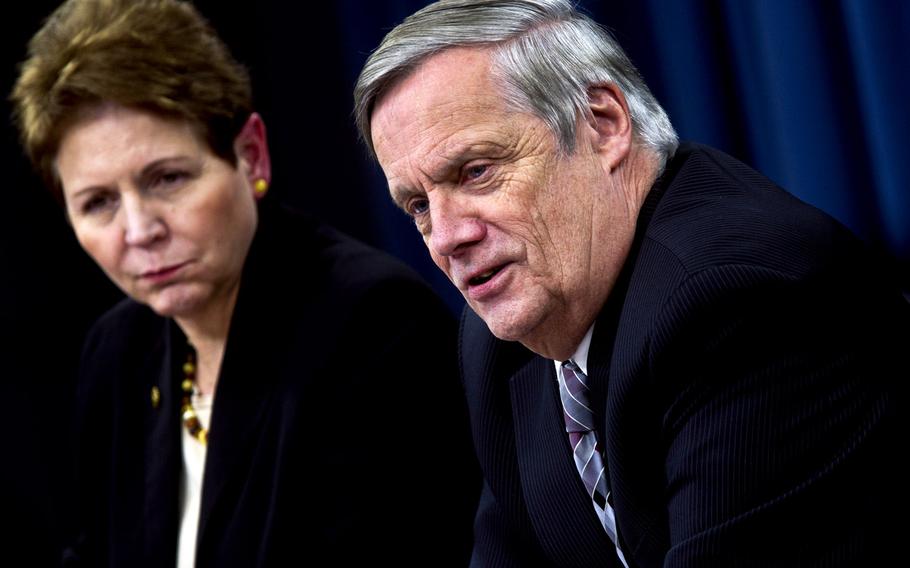 WASHINGTON — Robert Hale, the Pentagon’s Chief Financial Officer, will step down as soon as his successor is in place, he announced Friday.

Hale has served as Under Secretary of Defense (Comptroller) since 2009. During his tenure as the Defense Department’s budget guru, Hale has wrestled with financial challenges presented by sequestration, long-term decline in military spending, and repeated Congressional failure to pass annual appropriations bills. He undertook the Herculean task of making DOD’s finances auditable for the first time in recent memory, although that goal has not yet been achieved.

“When the time does come to leave the Office of the Undersecretary of Defense (Comptroller), I will do so with decidedly mixed feelings. With the help of a large number of outstanding men and women in the Comptroller organization, and many others in this organization, we have guided this Department through some very turbulent times while also making progress on key initiatives. But having been in this job for about five years — longer than any DoD comptroller since the 1950s — I know it is getting close to the time when I should pursue other opportunities and challenges,” Hale said in a statement.

On Friday, President Barack Obama nominated Michael McCord, Hale’s principal deputy, to succeed Hale. Hale plans to wait until McCord is confirmed by the Senate before he leaves office, he said.