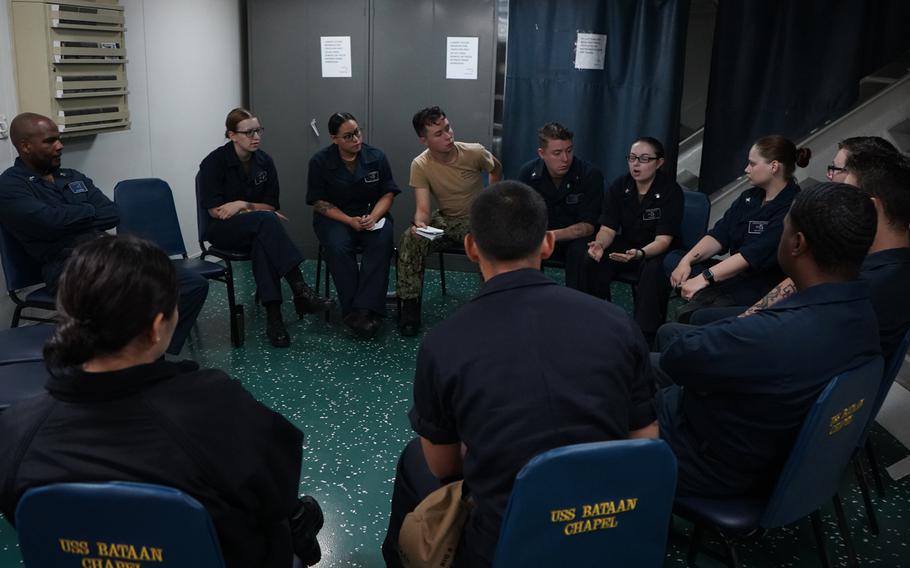 WASHINGTON — Nearly 500 service members in 2019 died by suicide, with young enlisted men more likely to take their own lives, according to an annual Defense Department report released Thursday.

However, the overall number of military suicides, including active duty, National Guard, and Reserve troops, has dropped from 541 in 2018 to 498 in 2019, according to the report.

The Pentagon released the report days after The Associated Press reported military suicides numbers have increased as much as 20% this year compared with the same period last year. The Army’s leaders said they have seen about a 30% “jump” in the number of active-duty suicides so far this year and the increased numbers coincide with the start of the coronavirus pandemic.

“What may be looking like an increasing or decreasing trend in raw counts may not be statistically meaningful once we have all the data. While this delay can understandably be frustrating, it is industry standard to provide enough time to allow investigations to complete and data to be gathered and rigorously analyzed,” Orvis said.

The report on 2019 data provides the official count and rates of service member suicides per calendar year going back to 2014. The data is organized by troops serving in the National Guard, Reserve, and service members who on are active duty in the Army, Marines Corps, Navy and Air Force.

The annual suicide count by service for 2019, according to the report:

Active-duty servicemembers had the highest rate of suicide at 25.9 per 100,000, which is similar to its rates in 2017 and 2018. However, when compared for five years from 2014 to 2019, the rate of suicide showed an statistical increase. This was due to an increase in the rate of suicide across all of the military service branches, the report states.

Firearm use was still the most common method of suicide for service members, followed by hanging. More than 90% of the firearms used are personally owned, according to the report.

Last year was the first time that the Pentagon published suicide data on military dependents such as spouses and family members ages 12 to 23. Spouse numbers include service members married to another service member.

For 2018, the most recent year for this data, the number of suicides for military dependents increased from 2017, from 186 to 193, according to the report.

The military family suicide rate, using data from 2018, was 7.1 per 100,000, consistent with the rate from 2017. The rate of suicide for military families of the National Guard was the highest at 8.5 per 100,000 and the families of active duty was 6.9 per 100,000. The dependent rate is similar to or lower than the U.S. population when accounting for age and sex, with the exception of male spouses, according to Orvis.

There were 128 spouses who died by suicide in 2018, a rate of 12.1 per 100,000. Of those spouses, 32 were also service members at the time of their death. The majority of spouses who died were female (58%) and younger than 40 years old (86%). This reflects the demographics of the overall military spouse population, which is mostly made up of women younger than 40.

Within the services, spouses of National Guard service members had the highest rate – 13.4 per 100,000. The rate for spouses of active-duty service members was 12.1. The counts and rate for the Reserve was not reported due to low counts, according to a presentation on the report.

While the military suicide rate is similar or even lower when compared to the U.S. population based on age and sex, rates of suicide are increasing nationally and the Defense Department is working to prevent suicide in the military population, Karin Orvis said.

This year’s report also highlighted some of the initiatives the department is doing to prevent suicide, including completing a pilot program on teaching foundational skills to troops on how to deal with life stressors and expanding another pilot program to train people such as spouses and chaplains on suicide risk factors and ways to reduce access to lethal means such as firearms or medication.

“We're committed to addressing suicide comprehensively through a public health approach to suicide prevention,” Orvis said. “Suicide is preventable. We continue to do more, including targeting our initiatives to our young and enlisted members while continuing to support our military families. We will not relent in our efforts.”