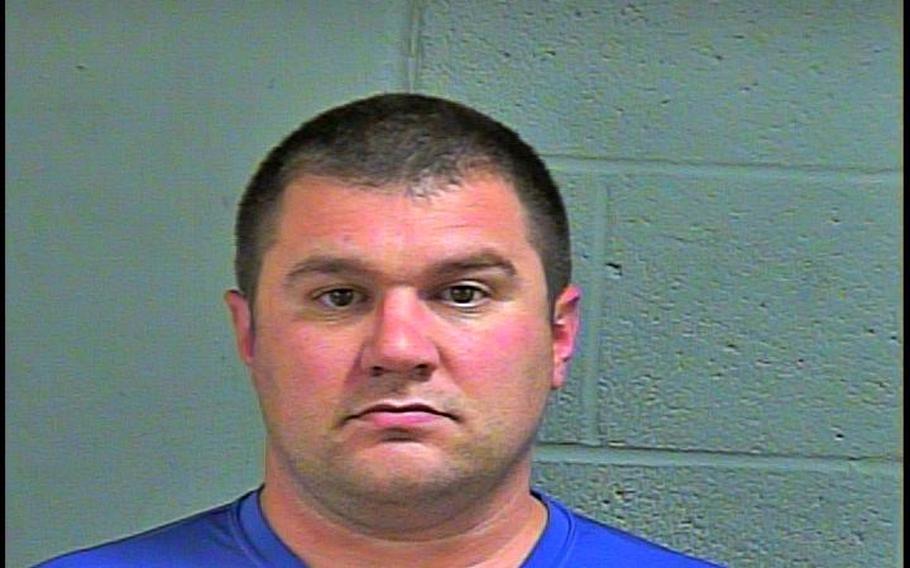 As a Navy counselor, Joseph Fetterman was tasked with mentoring young enlisted sailors at Tinker Air Force Base — but Fetterman was enhancing his military pay with cash flow from a prostitution ring that he and his wife operated using women flown in from Thailand. (Oklahoma County Sheriff’s Office)

As a Navy counselor, Joseph Fetterman was tasked with mentoring young enlisted sailors at Tinker Air Force Base — but Fetterman was enhancing his military pay with cash flow from a prostitution ring that he and his wife operated using women flown in from Thailand. (Oklahoma County Sheriff’s Office) 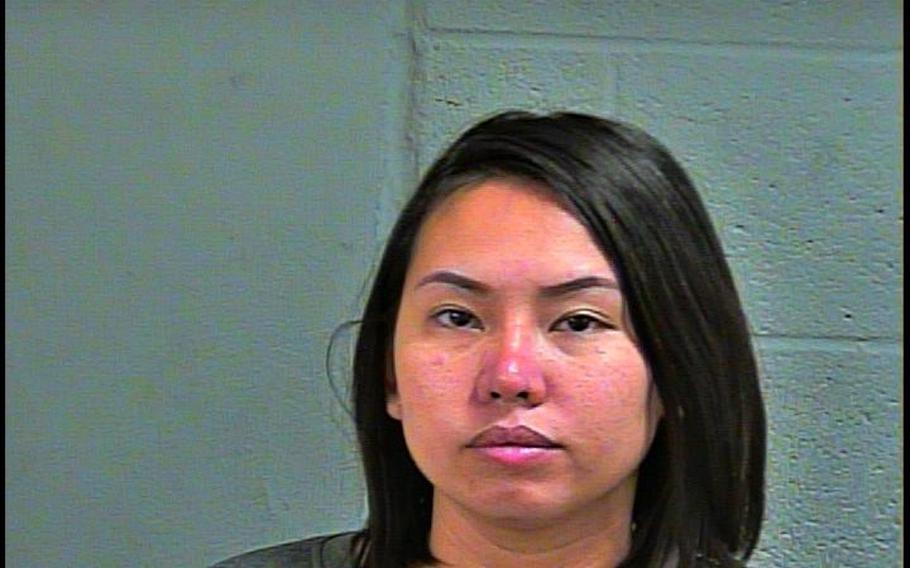 As a Navy counselor, Joseph Fetterman was tasked with mentoring young, enlisted sailors at Tinker Air Force Base near Oklahoma City. For at least four years, the petty officer first class spent his days at the base helping sailors map out a career path, plan for retirement and weigh their options for rate changes.

But during at least his final year in that job, Fetterman, 35, was enhancing his military pay with cash flow from a prostitution ring that he and his wife, Kanyarat, operated using women flown to America from Thailand, according to documents released by the Oklahoma County District Attorney’s Office.

Using undercover agents, local law enforcement linked the couple to online advertisements, a massage parlor and multiple apartments in the Oklahoma City area used for prostitution. The Fettermans eventually pleaded guilty in November to multiple charges related to prostitution and received deferred sentences of two years, meaning that as long as they stay out of trouble, neither will serve jail time as a result of their plea deal.

But Fetterman, who was stationed with the Fleet Air Reconnaissance Squadron (VQ) 3, Sea Duty Component at the air force base, was discharged from the Navy on Dec. 5. Service officials would not comment on his discharge.

Fetterman was first stationed at Tinker’s Strategic Communications Wing 1 from 2006 to 2009. He returned to one of the wing’s squadrons in October 2010, remaining at the base with the exception of one month of training in 2014 at Norfolk, Va.

The Navy’s footprint is small at Tinker, with about 1,700 active-duty personnel. As a squadron counselor, Fettermen would have helped many of the 500 sailors assigned to the unit navigate their next move in the Navy.

During his time there, Fetterman married, divorced and then remarried Kanyarat, who’s family is originally from Thailand. Their most recent marriage license was filed in February 2017, according to Oklahoma County court records.

The first evidence of their prostitution ring appeared just seven months later, according to authorities.

In the Oklahoma City police investigation of the Fettermans, detectives arranged to meet a woman through a website known for prostitution in September 2017, according to district attorney records. When the undercover agent arrived at the apartment, a woman offered to perform sexual acts with the agent for $160. The apartment was leased to Kanyarat Fetterman. Police conducted similar stings in February and March 2018 with two more women at two other apartments leased by Kanyarat Fetterman. At one apartment, detectives found business cards for Bangkok Traditional Thai Massage in nearby Del City, Okla. Kanyarat Fetterman was listed as the sole proprietor of the business, which was closed at some point during the investigation for code violations, according to records.

The women arrested for prostitution told investigators that they had seen Kanyarat and Joseph Fetterman come to collect money from them and at the massage parlor and often driving a new Chevy Camaro.

In April 2018, Kanyarat Fetterman was observed at the Will Rogers World Airport in Oklahoma City picking up a woman that investigators believed to be from Thailand. The woman and her luggage were brought to the massage parlor, the report stated.

Investigators also concluded the couple lived in a home valued at more than $250,000, which they considered beyond the means of an E-6, along with the responsibility of about $1,800 total in rent for the various apartments. The couple was also able to quickly pay off two new vehicles — the Camaro and a Honda Odyssey. The basic pay for an E-6 with more than 16 years in service is about $3,800 a month.

Joseph Fetterman’s Navy service record and decorations indicated he enlisted in February 2001 and deployed in support of the global war on terror. Other overseas service included time in an Naval Criminal Investigative Service field office in Bahrain and on board the USS Harry Truman and the USS Carter Hall.

His medals include four Navy/Marine Corps Achievement Medals, a Good Conduct Medal and a Military Outstanding Volunteer Service Medal. His home state of record is listed as Ohio.

To become a career counselor, the Navy requires a rank of petty officer first or second class and experience in the total environment of the service, according to its online job description with Navy Personnel Command.