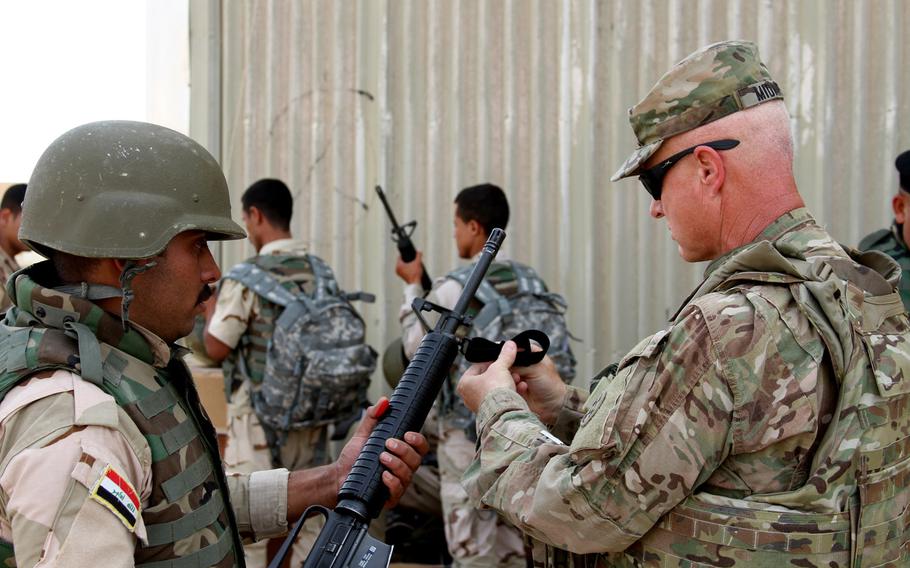 WASHINGTON — The chairman of the Joint Chiefs of Staff said Tuesday that the Obama administration is considering an increase in the number of U.S. training camps in Iraq, which could mean more deployed personnel.

Gen. Martin Dempsey, who was traveling in Israel, said the overall military strategy against the Islamic State is not in question, but President Barack Obama is looking at options to increase the training of Iraqi security forces, which have lost ground and struggled recently against the fundamentalist militants.

Dempsey said the White House has not decided whether this will require more troops. The New York Times reported Tuesday that the U.S. could send up to 400 additional troops for an expanded training operation based in Taqaddum in Anbar province.

“What he’s asked us to do it take a look at what we’ve learned over the last eight months in the train-and-equip program and make recommendations to him on whether there are capabilities that we may want to provide to the Iraqis to actually make them more capable. He’s asked us to look at whether there are other locations where we might establish training sites,” Dempsey said, according to a transcript providing by his staff.

U.S. Central Command has not yet provided an estimate of the number of new U.S. troops that would be required to increase the training of Iraqi security forces, he said.

The president said Monday that portions of the Iraqi forces that have not received U.S. training have suffered from poor morale that is undermining the war effort.

As of Monday, the U.S. had trained 8,920 Iraqi troops through a six-week course focusing on battlefield basics such as dealing with improvised explosive blasts and moving in formation. There are four training facilities and one special operations training center in the country with about 3,000 personnel.

But Baghdad has appeared reluctant to send those forces on the offensive against the Islamic State. No U.S.-trained security forces fought for the Anbar capital of Ramadi, and none is fighting for the highly contested oil town of Baiji, according to the Pentagon.

“Where we’ve trained Iraqi forces directly and equipped them … they operate effectively. Where we haven’t, morale, lack of equipment et cetera may undermine the effectiveness of Iraqi security forces,” Obama said at the G7 international summit in Europe.

Obama said the U.S. must increase the output of the Iraqi training program.

“And when a finalized plan is presented to me by the Pentagon, then I will share it with the American people,” he said. “We don’t yet have a complete strategy because it requires commitments on the part of the Iraqis, as well, about how recruitment takes place, how that training takes place.”